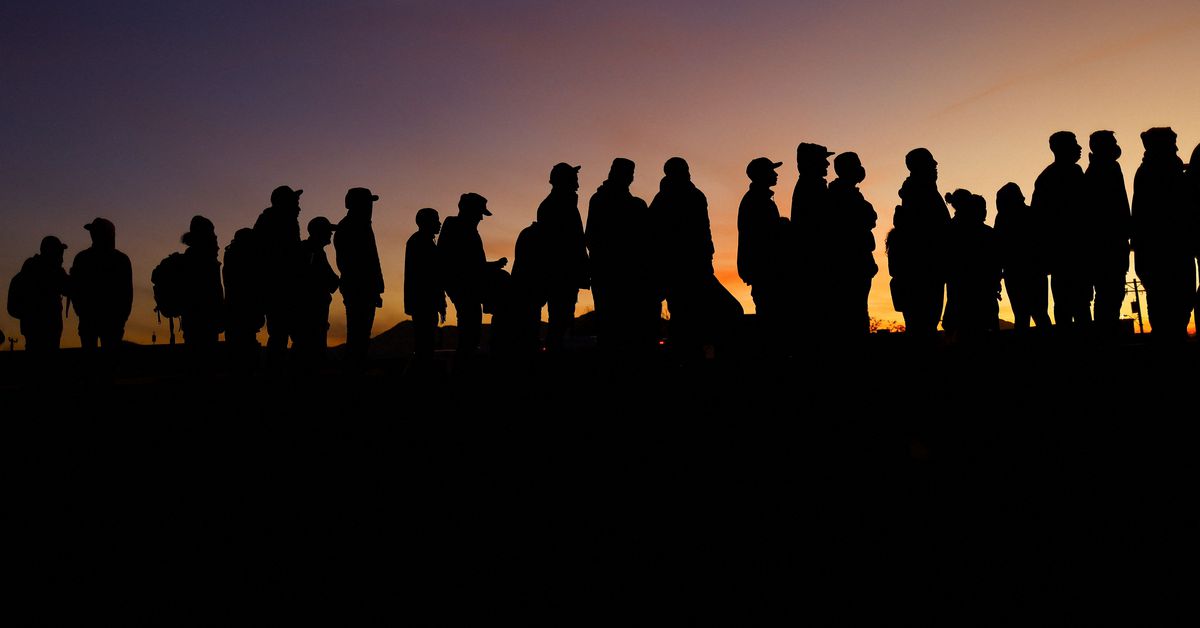 The mayor of the Texas border city of El Paso declared a state of emergency on Saturday, citing the hundreds of migrants sleeping on the streets in cold temperatures and the thousands being apprehended every day.
Mayor Oscar Leeser, a Democrat, said the emergency declaration would give city authorities the resources and ability to shelter migrants who have crossed the Mexican border.

"We wanted to make sure people are treated with dignity. We want to make sure everyone is safe," Leeser told reporters.

The move comes as El Paso, a Democratic stronghold with a history of welcoming immigrants, has struggled in recent months to deal with tens of thousands of migrants crossing the border with Mexico. The city is bracing for a possible jump in migrant arrivals after a U.S. judge ordered COVID-era border restrictions known as Title 42 to end by Dec. 21.

A record number of migrants have been caught crossing the U.S.-Mexico border under President Joe Biden, a Democrat who took office in January 2021, fueling attacks by Republican opponents who favor tougher policies.

U.S. border agents have encountered an average of more than 2,400 migrants per day in a 268-mile stretch of the border known as the El Paso Sector over the past week, according to figures published by the city, a 40% increase compared with October.

Even as government officials move migrants in El Paso to other U.S. cities, local shelters are beyond capacity and migrants have been sleeping on the streets as temperatures dip below freezing.

As migrant arrivals increased in late August, the city launched a busing program that sent nearly 14,000 migrants to New York and Chicago, saying many Venezuelans were arriving without U.S. sponsors.

The city halted the program in October when the Biden administration began expelling Venezuelans back to Mexico under Title 42, but could restart it if Venezuelans again are allowed to cross into El Paso, D'Agostino said on Thursday.

The U.S. Circuit Court of Appeals for the District of Columbia on Friday denied an attempt by a group of U.S. states with Republican attorneys general to intervene in a lawsuit to keep Title 42 in place. The states could appeal to the U.S. Supreme Court.
#Joe Biden  #Covid
Add Comment