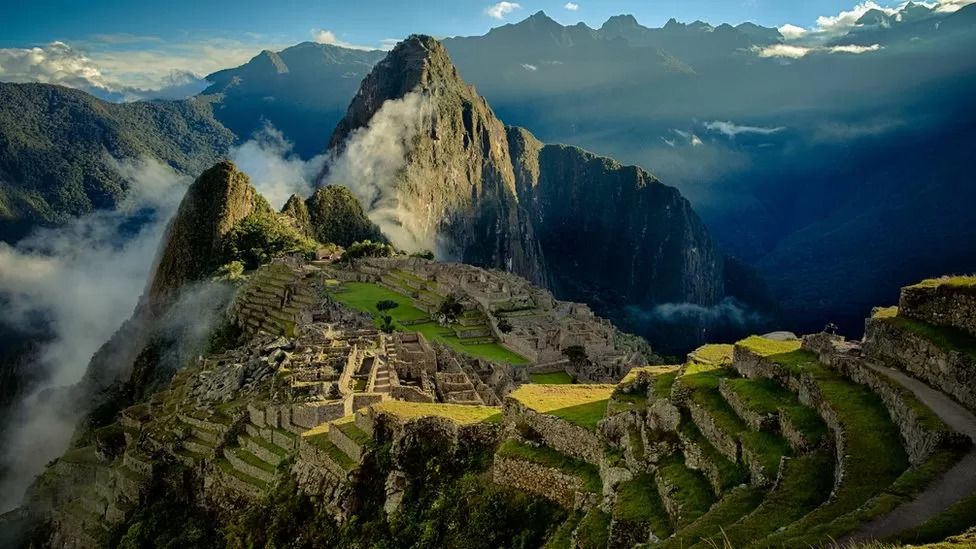 Peru has closed its famous tourist site Machu Picchu indefinitely over the ongoing protests against the country's new president.
The government said it closed the site, and the Inca trail hike leading up to it, to protect tourists and citizens.

Hundreds of people who were stuck for hours at the foot of the 15th Century Inca citadel have now been rescued.

The violent protests, which have seen dozens of people killed, began when Peru's previous leader was ousted.

Rail services to Machu Picchu were suspended on Thursday after some train tracks were damaged, allegedly by protesters.

It left 418 people stranded at the site, tourism minister Luis Fernando Helguero said at a news conference on Saturday.

However by Saturday night, the tourism ministry announced that everyone - 148 foreigners and 270 Peruvians - had been safely evacuated on trains and buses. 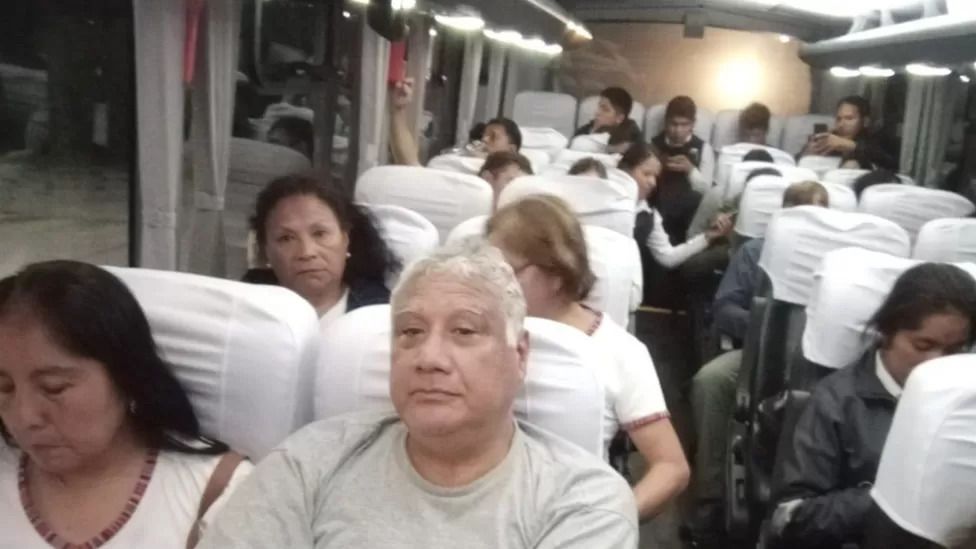 The tourism ministry tweeted photos of the stranded visitors being taken away from Machu Picchu
They are not the first visitors to have been stranded at Machu Picchu because of civil unrest - last month, hundreds of tourists were airlifted out after being stuck there for several days.

Sitting high on a mountain in the Andes, Machu Picchu is considered one of the new seven wonders of the world. It is hugely popular with tourists, with around a million people visiting every year.

Some visitors arrive at Machu Picchu via the Inca Trail, which is a famous multi-day hike.

In a statement, Peru's culture ministry said that those who had already bought tickets for the site would be able to use them for one month after the end of the demonstrations, or get a refund.

Demonstrators in Peru are demanding fresh elections and calling for the new President, Dina Boluarte, to stand down, which she has so far refused to do.

They want her left-wing predecessor, Pedro Castillo, who is in jail and facing charges of rebellion and conspiracy, to be released. Mr Castillo denies the accusations and insists that he is still Peru's legitimate leader.

Authorities announced on Saturday that another protester had died following demonstrations in the southern region of Puno, where police stations were set on fire.

At least 58 Peruvians have been injured in the protests, according to a report from Peru's ombudsman.

In the latest clashes, roads were blocked and police fired tear gas at stone-throwing demonstrators in the capital, Lima.

The European Union has condemned the widespread violence and what it called the "disproportionate" use of force by the police.

In a statement, it called for "urgent steps to restore calm".

Peru has been through years of political turmoil, which came to a head when Mr Castillo was arrested last month for trying to dissolve Congress.

Ms Boluarte has resisted calls to step down, including from some regional governors, and earlier this week urged Peruvians to ensure their protests were peaceful.
Add Comment