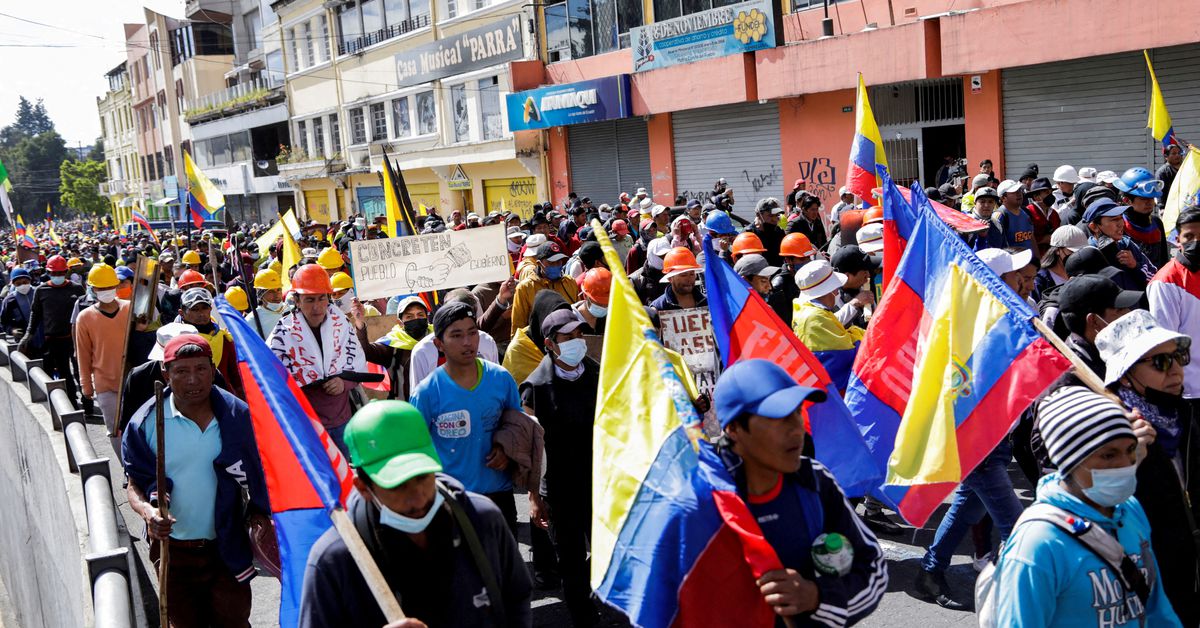 Ecuador's government and leaders from indigenous groups on Wednesday began talks on subsidies, debt forgiveness and other agreements, the result of weeks of anti-government protests.
Demonstrations erupted on June 13 and ran for more than a fortnight, leaving eight dead and severely impacting Ecuador's oil industry, its main source of income. Demonstrators forced immediate fuel price cuts and promises to modify oil and mining policies.

A deal to end the demonstrations requires some 90 days of negotiations take place on 10 topics, beginning with efforts to focus gasoline subsidies on sectors which need them most and a review of debts held by small-scale farmers at public and private banks.

Also to be discussed are employment and labor rights, price controls and government efforts to expand oil and mining development to raise national income, which indigenous groups oppose.

President Guillermo Lasso, a conservative ex-banker, has said protests were financed with money from drug trafficking and the government is investigating possible criminal connections.

"We repeat our willingness to dialogue...but we need to stop the denigrations," said Leonidas Iza, who heads the CONAIE indigenous organization, as talks opened. "We came with humility but we cannot be humiliated." Previously, governments have discussed implementing limited gasoline subsidies, but because rising prices affect many vulnerable groups they have had to enact across-the-board cuts. Between January and May this year subsidies on gasoline and diesel cost the government $1.7 billion, according to the energy ministry.

"We are here showing up, with our contingent of government officials who are willing to seriously address the solutions that the country needs," said Government Minister Francisco Jimenez. "There will be issues which we must debate and on which we will have different views."

The government plans to spend $1.4 billion on social programs during the remainder of 2022.
Add Comment