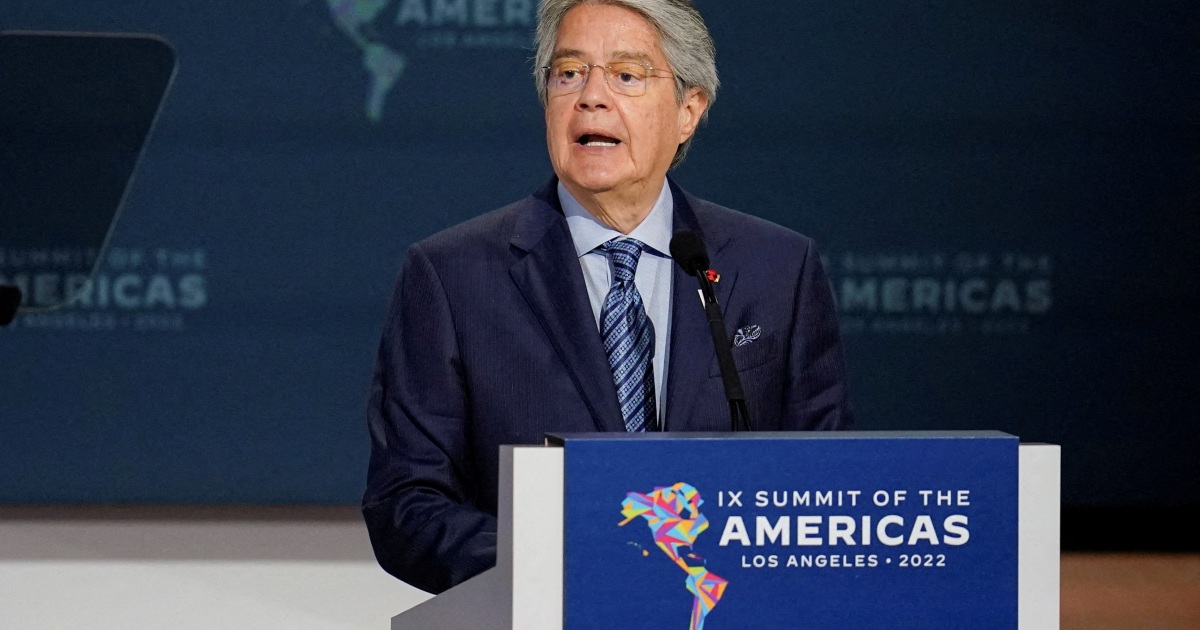 The resignations come after the government reached an agreement ending strikes that virtually paralysed the country.

Ecuador’s President Guillermo Lasso has accepted the resignations of four government ministers, including Minister of Economy and Finances Simon Cueva and Health Minister Ximena Garzon, the government said in a statement.

Lasso thanked the former ministers for their “loyal and valuable service”, in a statement published on Tuesday, which said replacements would be named later in the day.

The resignations come after more than two weeks of protests rocked Ecuador, leading to at least eight deaths and severely affecting the country’s oil industry, its main source of income. 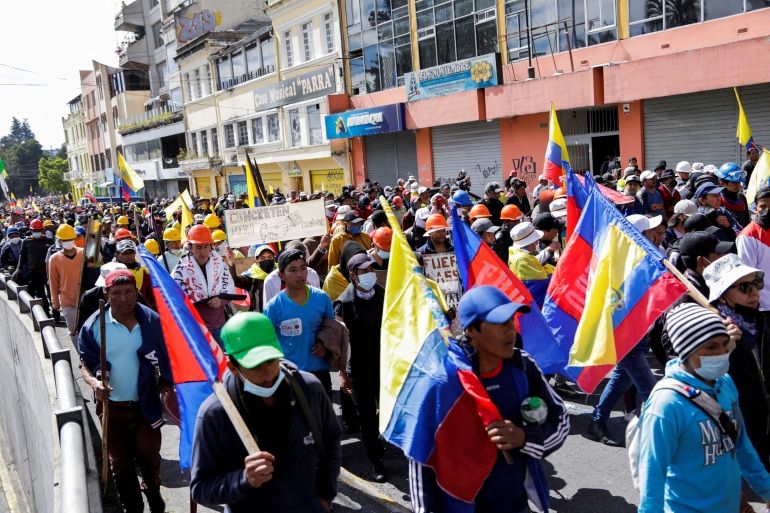 Tens of thousands of Ecuadorans had taken part in the demonstrations, which paralysed parts of the capital, Quito, as many protesters burned tyres and blocked major streets.

Human rights groups have raised concerns that security forces had used excessive force and arbitrary detentions to crack down on demonstrations.

The government reached a deal to end the demonstrations late last week with Indigenous protest leaders, who had demanded fuel subsidies and an end to further expansion of the oil and mining industries.

Ecuador’s Secretary of Public Administration, Ivan Correa, disclosed Cueva’s impending departure during an interview with local television outlet Teleamazonas on Monday, adding that other changes would also be coming.

Correa said the changes in the cabinet are “necessary” to move forward and execute “many things that have been left in the pipeline” in Ecuador.

The development also comes after Lasso in late June survived an impeachment attempt by opposition lawmakers. The motion garnered only 80 of the 92 votes necessary in Congress. 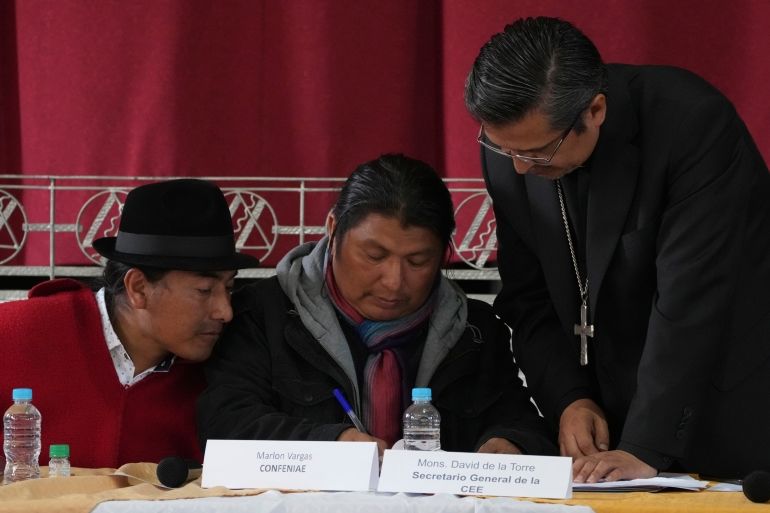 The deal was signed by Government Minister Francisco Jimenez, Indigenous leader Leonidas Iza (far left) and the head of the Episcopal Conference, Monsignor Luis Cabrera, who acted as mediator

In the televised interview, Correa said the failure to remove Lasso from office indicates that the majority of voters do not want to change a “democratically elected” government, but he did warn that “citizens expect many things” from the president.

Lasso also accepted the resignation of Alejandro Ribadeneira, Ecuador’s secretary for higher education, science, technology and innovation, as well as that of Marcelo Cabrera, the transport minister, the government said.

Local media reported that Garzon resigned in a letter in which she thanked Lasso “for the opportunity to serve the country” and said that she was “proud to have contributed to the management of the COVID-19 pandemic”.

The deal reached with Indigenous leaders includes a decrease in petrol prices, sets limits to the expansion of oil exploration areas, and prohibits mining activity in protected areas, national parks and water sources.

The government has 90 days to deliver solutions to the demands of the Indigenous groups.