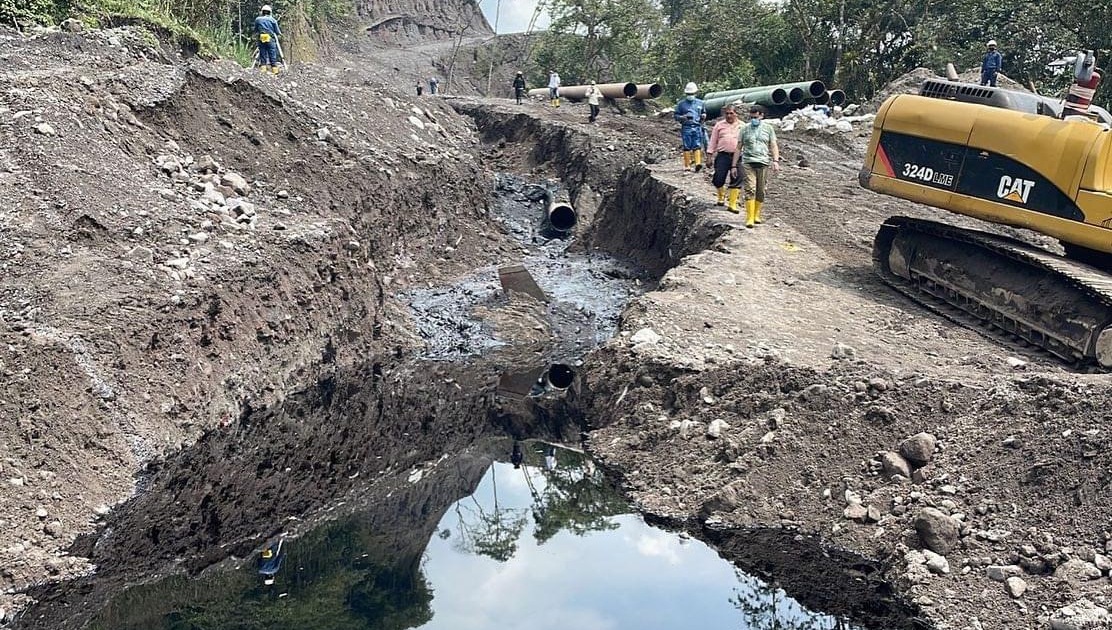 Some 6,300 barrels of oil leaked into a natural reserve in Ecuador in a protected area of the Amazon.

There is oil in the water, on the rocks and in the sand where children normally play on the banks of the Coca River in Ecuador.

Residents of Puerto Madero made no effort to hide their anger at the latest crude spill to hit the Ecuadorian Amazon.

“This damage is not for a month, two months… it will be 20 years” before things return to normal,” said Bolivia Buenano, a merchant from the area some 120km (75 miles) from where the spill occurred.

Buenano joined a clean-up crew put together by oil transport company OCP, whose pipeline was responsible for the leak, to bring some relief to the community of 700-odd people.

No one can “bathe normally in the river, nor drink from here, there is no fish, there is nothing,” she exclaimed while scrubbing a polluted containment buoy.

Buenano complained about a lack of state investment in the Amazon provinces, which hold much of the country’s oil wealth but are most affected by industrial disasters such as this one. 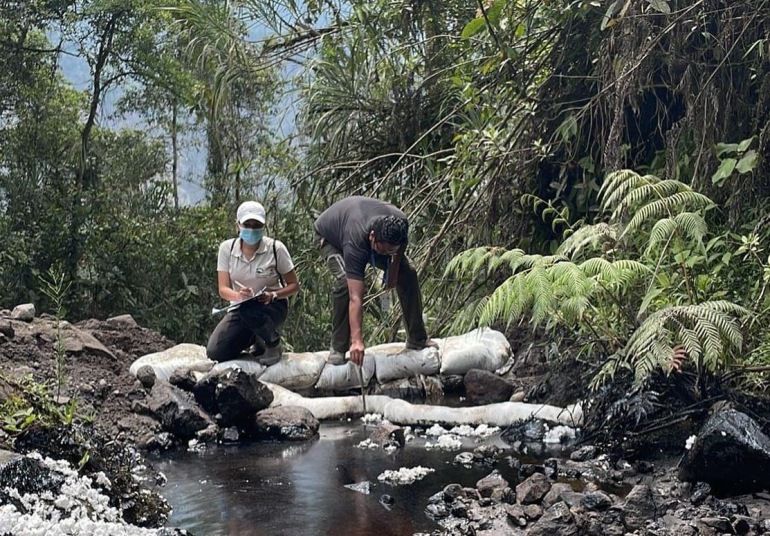 On Friday, almost 6,300 barrels of oil leaked into an environmental reserve in Ecuador’s east, when heavy rains caused a boulder to fall on a pipeline.

Cesar Benalcazar was one of several people who rushed to the scene to stem the flow of oil.

“We tried to stop the crude from reaching the river, but the slope made it descend like a waterfall,” said Benalcazar, 24.

OCP has said more than 84 percent of the crude has been recovered.

But not before about 21,000 square metres (226,000 square feet) of the Cayambe Coca nature reserve were polluted and crude flowed into the Coca River – one of the largest in the Ecuadorian Amazon and an important source for many riverbank communities.

Rains and currents spread the stain for many miles. 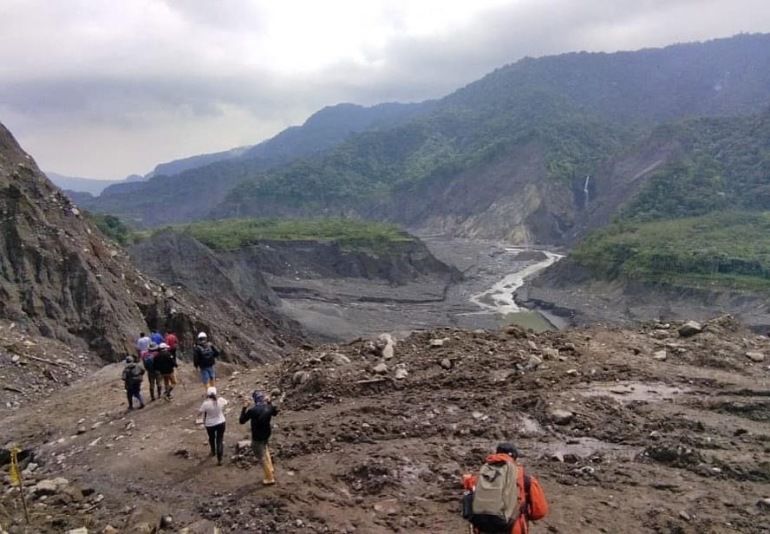 Residents say the spill has spread into the Coca River, and rain and currents spread it for many miles

“We are tired because this is not a normal life. Nature is not healthy, it is contaminated,” said Buenano.

“And this will continue as long as the pipeline and the crude oil network continue.”

In 2020, a mudslide damaged pipelines that spilled about 15,000 barrels of oil into three Amazon basin rivers, affecting several communities.

Between January and November 2021, the country extracted 494,000 barrels per day.

Buenano and the rest of the clean-up team muttered indignantly while filling containers with polluted sand, which they stacked together for removal later.

“We are the forgotten of God,” said Rosa Capinoa, leader of the Fecunae Indigenous organization visiting the affected areas.

“I know this is not something that can be fixed overnight, it will take a long time. Looking at this natural disaster is very painful,” she told AFP.

“The oil leaves here, and we as communities do not share in the profit. All we get is a water bottle, water tanks,” added Capinoa in response to OCP delivering drinking water to affected populations.

According to Ecuador’s environment ministry, Friday’s spill occurred within the Cayambe Coca Reserve of some 403,000 hectares (996,000 acres), home to a vast collection of animals and plants.

From there, it spread to the Coca River.

“We feel quite outraged because we experience this every two or three years,” said Romel Buenano, a 35-year-old farmer in Puerto Madero, who is not related to Bolivia Buenano.

The 2020 disaster, he said, put an end to fishing for some time, and killed animals on the islets of the Coca.

“It is not that with the cleaning, the pollution is over,” he told AFP.