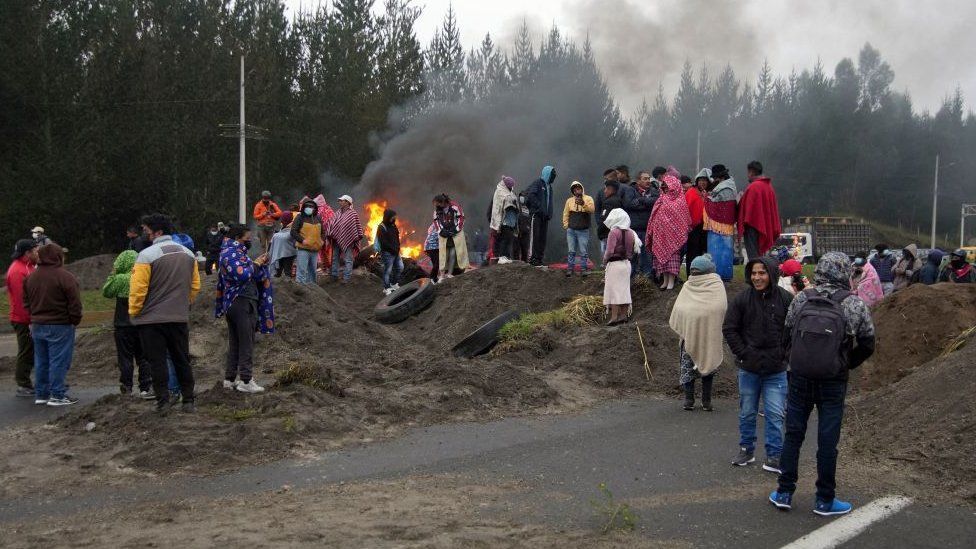 Indigenous groups have blocked key roads across Ecuador in protest against the government's economic policies.

Some 20 roadblocks have been set up in 11 Ecuadorean provinces, local media report, partly cutting off access to the capital Quito.

The protesters' list of demands includes reducing the cost of fuel and price caps on agricultural goods.

Ecuador is currently grappling with rising levels of inflation, unemployment, and poverty.

Roads across the country were blocked from midnight by demonstrators who used piles of burning tyres, trees, and mounds of earth to cut off access. 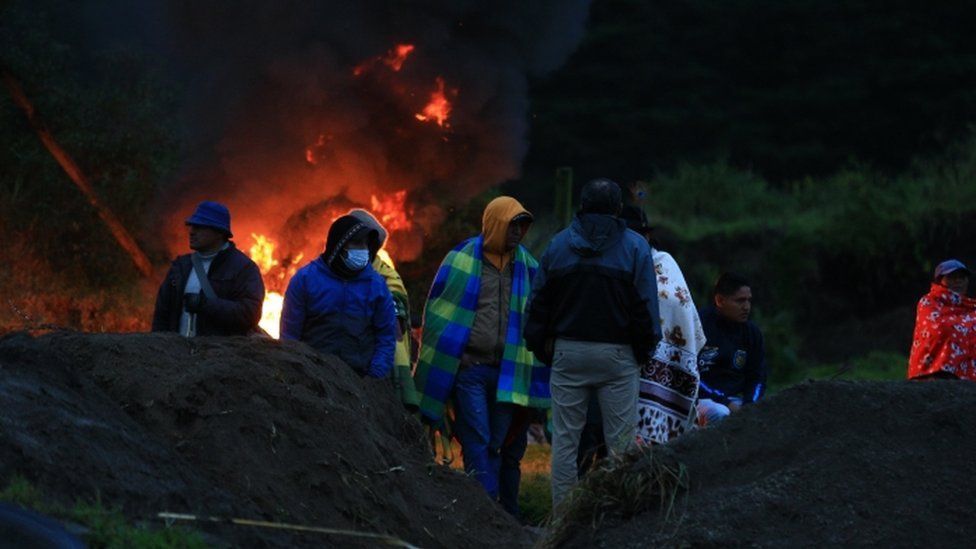 Organised by the powerful Confederation of Indigenous Nationalities of Ecuador (Conaie), the protesters accuse conservative President Guillerme Lasso of neglecting the economic wellbeing of indigenous communities and submitting to pressure from the International Monetary Fund (IMF).

A $6.5bn (£5.3bn) financing deal negotiated between Ecuador's government and the IMF during the height of the coronavirus pandemic is due to come to an end later this year.
Ecuador suffered badly during the pandemic, with health services quickly overwhelmed and bodies left lying in the street.

Protesters are demanding both prices be frozen at lower levels.

"This is a show of strength until the government listens," 42-year-old protestor Manuel Cocha told AFP, one of dozens of protesters blocking the Pan-American Highway south of Quito. 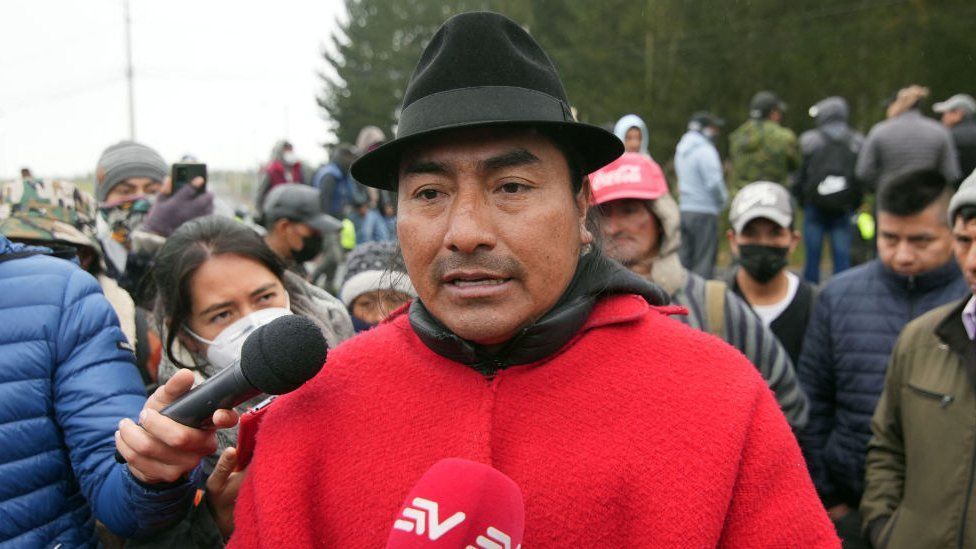 Leonidas Iza is president of the Confederation of Indigenous Nationalities of Ecuador (Conaie), which organised the protests

"We have to resort to resistance in view of the national government putting in place more and more policies of death, which don't allow us to sustain our small economies," said Leonidas Izas who is head of Conaie.

He added that protests would continue as long as necessary.

Indigenous people make up over one million of Ecuador's 17.7 million inhabitants.

Late on Sunday President Lasso warned that authorities would not allow protesters to take over roads or oil installations, and earlier today the country's defence minister Luis Lara said fuel depots and other strategic locations remained "under control". 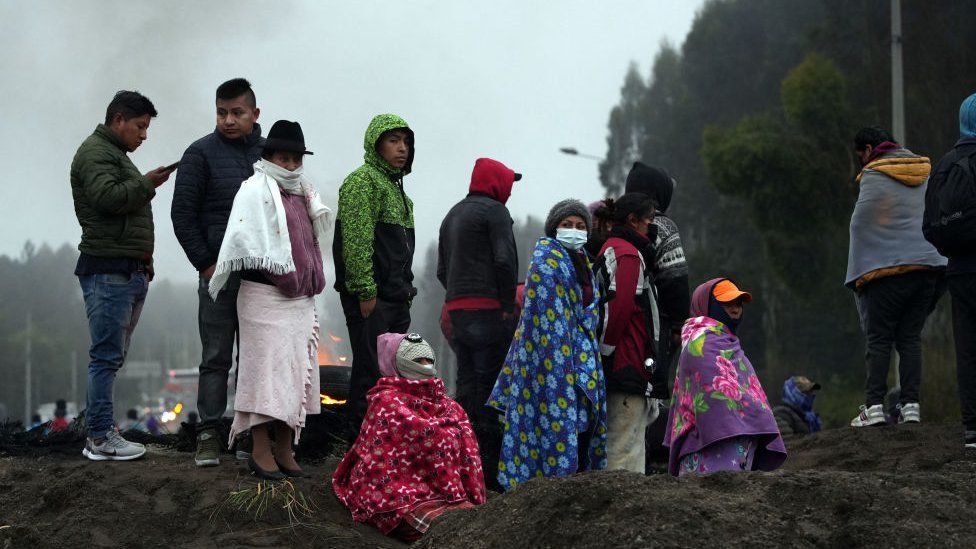