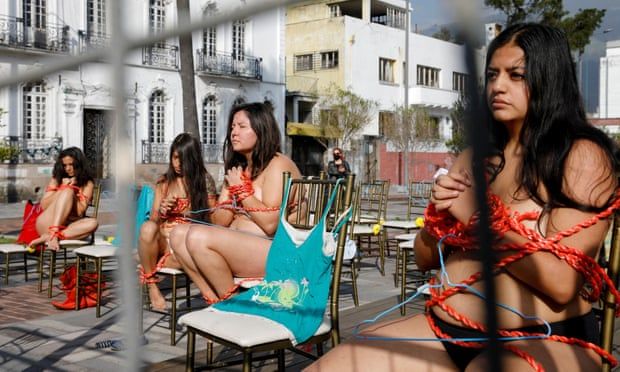 The new measure allows abortions up to 12 weeks of pregnancy for urban adult women and 16 weeks for rural minors and adults
Ecuadorian legislators have approved regulations to allow women and girls access to abortions in cases of rape, following a constitutional court ruling that decriminalized such abortions.

Previously, Ecuador allowed abortions only when a woman’s life was endangered by pregnancy.

Passed on a 75-41 vote, with 14 lawmakers abstaining, the new measure allows abortions up to 12 weeks of pregnancy for adult women in urban areas and up to 16 weeks for minors and adults in rural areas.

The vote comes after the constitutional court gave the green light for abortion in cases of rape last April and ordered legislators to speedily regulate the procedure.

Though the National Assembly adopted the regulations with 75 votes in favor, 41 against and 14 abstentions, the rules can still be blocked by conservative president Guillermo Lasso before becoming law.

Lasso has said he personally does not support abortion but will allow lawmakers to regulate the procedure as long as they do not exceed court stipulations.

Adult women belonging to indigenous groups or who live in rural areas will also have until 18 weeks’ gestation to get an abortion.

Under the rules, women will not be required to have reported their rape to the police, but must fill out an informed consent form. Though the health system must provide the procedure, individual doctors can conscientiously object.

Abortion rights campaigners said the time limits were too restrictive and would force women to continue to seek illegal, sometimes deadly, abortions.

“The assembly has once again failed girls, women, survivors and victims of sexual violence,” Sarahi Maldonado of feminist collective Las Comadres told Reuters outside the assembly. “They put in more barriers so girls are obliged to give birth and seek illegal abortions.”

Abortion has been legal in Ecuador since 1938 in cases when a woman’s life is at risk or when a rape survivor has an intellectual disability. In 2019 the assembly failed to pass legislation legalizing abortion for rape.

More than 21,000 abortions take place in Ecuador each year, according to feminist group Trenzando Feminismos, most of them in dangerous illegal clinics.

“Life cannot be negotiated,” said Paul Garcia, who was protesting outside the legislature with anti-abortion groups. “They want to murder another victim inside the womb of the mother.”

Abortion is freely available in Argentina and Uruguay under certain time limits and several other Latin American countries have legalized it in cases of rape.

In Chile – where abortion is allowed for rape and other limited cases – President-elect Gabriel Boric has vowed to make it freely available.
Add Comment