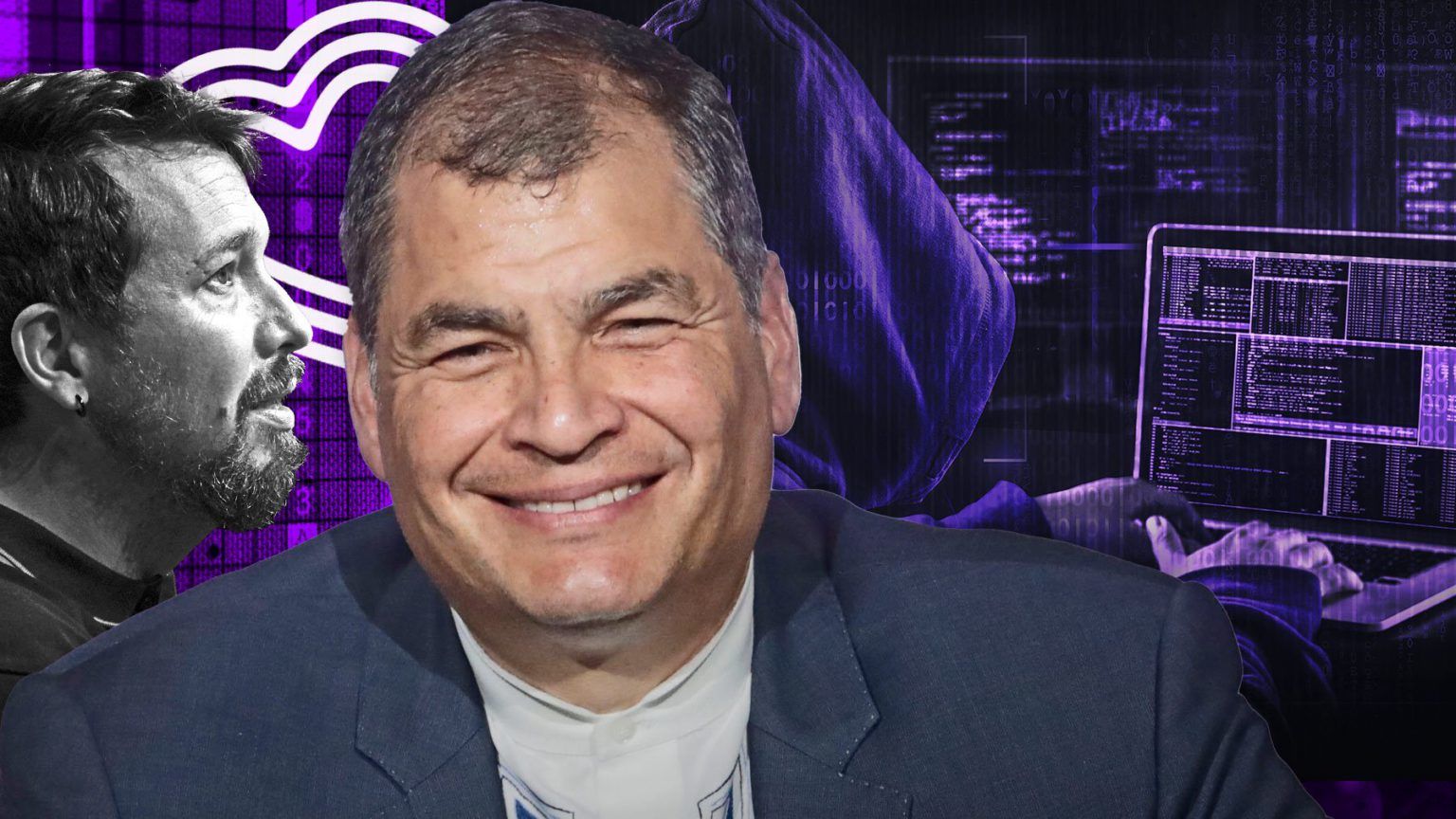 The Ecuadorian Justice investigates former President Rafael Correa, a benefactor of Podemos, for alleged misappropriation of funds within the framework of the Sucre case, a network of corruption around Alex Saab, alleged front man of the Venezuelan president, Nicolas Maduro. Correa, in addition, was a benefactor of Podemos by giving contracts worth 2.6 million to the cooperative of the party founded by Pablo Iglesias.
The Ecuadorian Prosecutor’s Office has notified the former president of the opening of a new investigation against him, as confirmed by Correa himself in a message broadcast through his social networks.

“I have just been notified with a preliminary investigation of the Sucre case, one more cantinflada (there are already 48) paid by the Ecuadorian people,” he said. Thus, he has indicated that the Justice of Ecuador is “a circus.” “Members of the majority of the Assembly’s Audit Commission are part of the clowns,” he criticized.

The former president currently resides in Belgium despite having been sentenced to eight years in prison in Ecuador for his involvement in a bribery case, accusations that he has repeatedly denied.

The Audit Commission of the Parliament of Ecuador has indicated in a report the existence of “fictitious exports” of the Global Fund company through the Unitary System of Regional Compensation (Sucre).

The system was adopted in 2009 and virtual trade was allowed between member countries of the Bolivarian Alliance for the Peoples of America-Peoples’ Trade Treaty (ALBA-TCP). According to the president of the commission, Fernando Villavicencio, Sucre was an alternative to the dollar, but it would have been used to launder more than 2,000 million.

In this way, Saab would have used the compensation system of the ALBA countries to launder money through payment for fictitious exports between Ecuador and Venezuela, which would have allowed it to launder large amounts of money during the Correa government.

These exports were made with the alleged complicity of more than thirty high-ranking officials of the Government of the then president of Ecuador, according to several parliamentarians. The commission’s report on the corruption plot in question would have also been sent to prosecutors in the United States, Panama, Colombia and Venezuela.

Correa, for his part, continues to denounce a judicial persecution against him by “powerful groups” that seek to eliminate him from the Ecuadorian political sphere.

Contracts to the Podemos cooperative

The Government of former Ecuadorian President Rafael Correa awarded 11 public contracts finger worth 2.6 million euros to Kinema, the Podemos cooperative. Some payments that were made through the Embassy of Ecuador in Spain between 2012 and 2016. These contracts were intended to provide legal advice on mortgage law. In exchange for large sums of money, the entity linked to the party founded by Pablo Iglesias He advised Ecuadorians residing in Spain to prevent them from being evicted.

OKDIARIO exclusively unveiled in September an unpublished documentation that demonstrates these payments. Some contracts that had not seen the light and that this newspaper has achieved after an intense investigation that has led us to cross to the other side of the Atlantic and travel more than 8,500 kilometers. This is because this documentation has disappeared from Spain. From Madrid to Quito to locate the evidence of the payments to Kinema that had been lost in the diplomatic headquarters of the Andean country in Spain and that someone, until today, kept under lock and key in Ecuador.
#Sucre
Add Comment