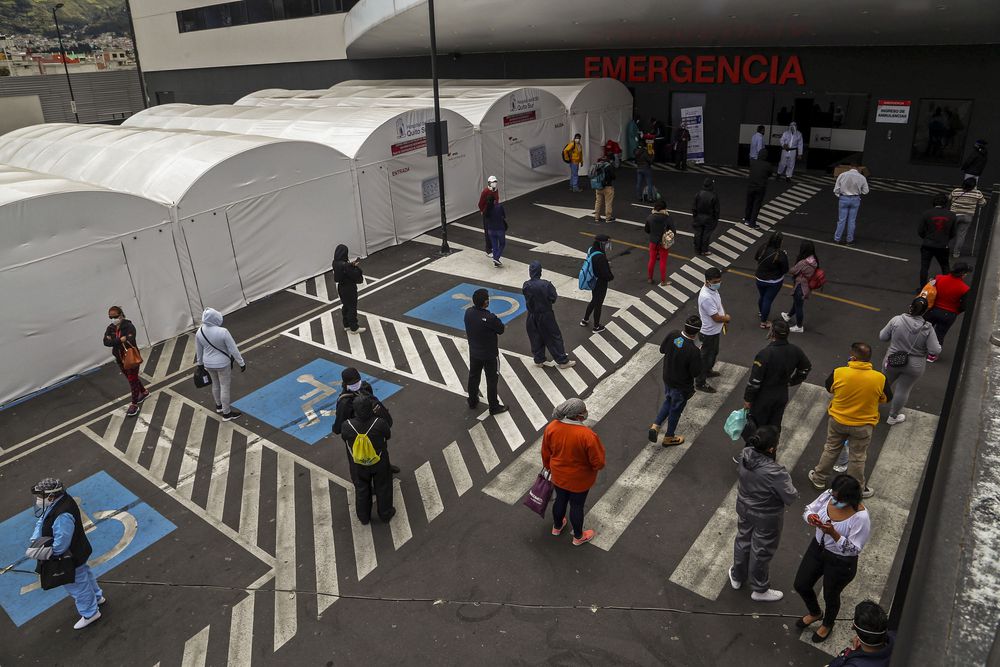 Ecuador, one of the Latin American countries most infected by the pandemic, has exceeded 80,000 cases since it registered the first positive test for the new coronavirus in its territory on February 29, according to the official report released this Saturday.
Ecuador, the second to report the presence of the virus in the region after Brazil, reached 80,036 cases by adding 987 new positives in the last 24 hours, according to the daily COVID-19 balance, while also reported 5,507 deaths.

There are an additional 3,338 probable fatalities due to the virus to the official count.

As for infections, there are currently 457 for every 100,000 inhabitants in the country, of some 17.5 million population.

As of Thursday, Quito became the city with the highest number of cases in the nation. According to the report on the first day of the weekend, the capital reached 12,340 positives and remains ahead of Guayaquil (11,814), the epicenter of the pandemic, where morgues and hospitals were overwhelmed.

Ecuador, where the new coronavirus has killed an average of 40 people per day since the first death on March 13, records a rate of 31 deaths for every 100,000 inhabitants.

The Ecuadorian government extended until mid-August the state of emergency that has been in force in the country since March to stop the spread of the virus.

The measure empowers the national government to maintain restrictions, including the curfew of up to 11 hours a day, the mobilization of the Armed Forces and the suspension of rights such as freedom of assembly.

However, the measures began to ease from mid-May, through a traffic light indicator that considers the level of risk, in which the red color provides for more rigid regulations.

80% of the territory is in yellow, with a curfew that initially was six hours, but that after a notable increase in infections, the authorities rose to nine in the entire Andean area and part of the Amazon region since this week .
#COVID-19  #Covid  #Coronavirus
Add Comment