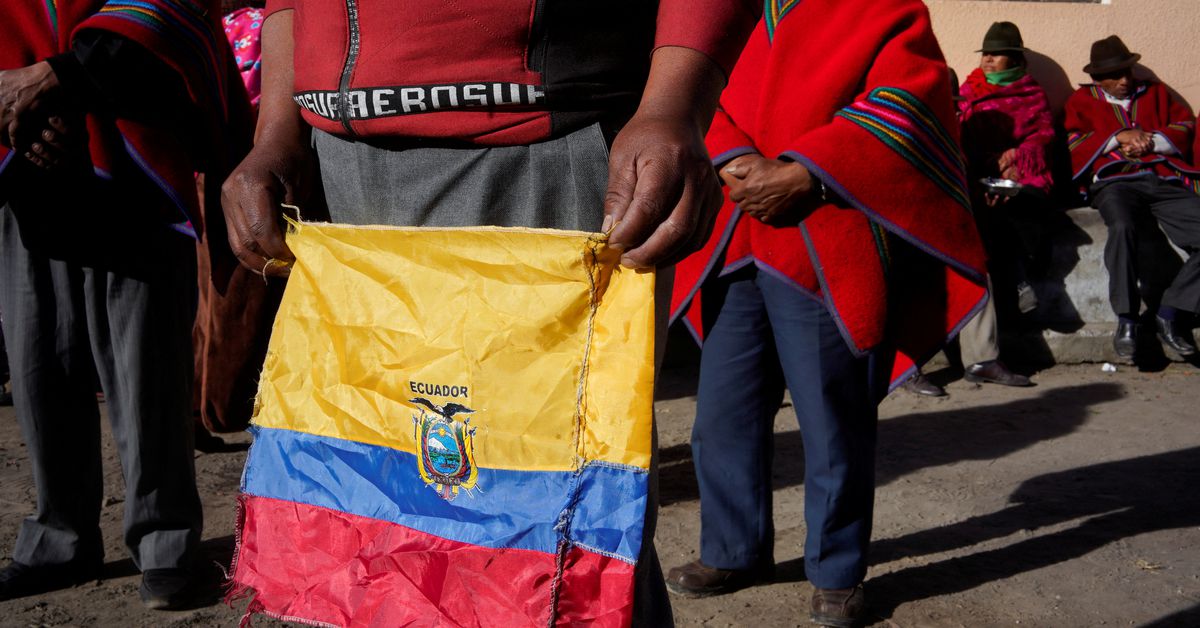 Ecuador's state-owned oil company Petroecuador declared force majeure late on Saturday over the impact of protests against the government's social and economic policies in the Andean country, while President Guillermo Lasso tried to clamp down on unrest.
The oil company declared force majeure for its exploration, exploitation, transport and commerce sectors - halting exports - after protesters entered oil fields, affecting output, it said in a statement.

The move followed Lasso's decision to declare a state of exception in three provinces late on Friday, in a bid to calm protests called by indigenous groups rejecting of the government's economic policies.

The state of exception will last for 30 days in the provinces of Imbabura, Cotopaxi, and Pichincha - areas that include capital city Quito - which have seen greater violence amid protests, with attacks on flower farms and damage to infrastructure, while police officers have also been detained by protesters.

Curfews in Quito will run from 10 p.m. (0300 GMT), until 5 a.m. from Saturday, Lasso said late on Friday, while gatherings will be banned all day in the affected provinces. He did not say how long the measures would last.

"I called for dialogue and the answer was more violence, there is no intention to find solutions," Lasso said in a televised broadcast.

Indigenous groups launched protests on Monday, with demonstrators blocking roads across the country in opposition to Lasso's social and economic policies, demanding gasoline price freezes, a halt to further mining and oil projects, and more time for small farmers to pay their bank loans.

Petroecuador said it has lost 6,975 barrels of crude since protests started and has halted some drilling operations.

Lasso will increase help for the most vulnerable sectors and will subsidize fertilizer costs by 50% for small and medium farmers, while the public bank will forgive overdue loans worth up to $3,000.

There will be no increase in the costs of diesel, gasoline, and gas, Lasso added.

Indigenous groups continue to block roads connecting Quito with the north and south of the country, while students have supported the protests.

Leonidas Iza, president of Ecuador's CONAIE indigenous organization, said on social media that Lasso's proposals would partially resolve the issues but he doubted they would be implemented.

"From this moment we are preparing to mobilize and reject these policies in Quito," he said.

The protests have cost the country's productive sector $50 million and led to shortages in certain products and fuels.
Add Comment