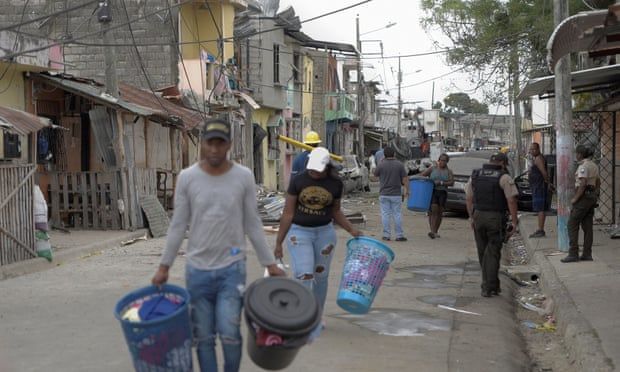 Ecuador’s embattled president, Guillermo Lasso, has declared a fourth state of emergency in the violence-racked city of Guayaquil after a deadly bomb attack killed at least five and injured 17 people.

Ecuador’s interior minister, Patricio Carrillo, described Sunday’s explosion as a “declaration of war on the state” by organised crime in the country’s largest city and it has been classified as a terrorist act. Security forces will be mobilised for a month and allowed to make home inspections.

Images from the scene showed the front of houses torn off and cars smeared in blood with their windows blown in the working-class Cristo de Consuelo neighbourhood. Eight houses and two cars were destroyed in the early morning blast, according to authorities.

The bomb attack marks a dramatic escalation in the violent tactics used by criminal gangs in Ecuador’s largest city, which has seen an exponential rise in murders as rival gangs battle for dominance of cocaine trafficking routes to Europe and the US. 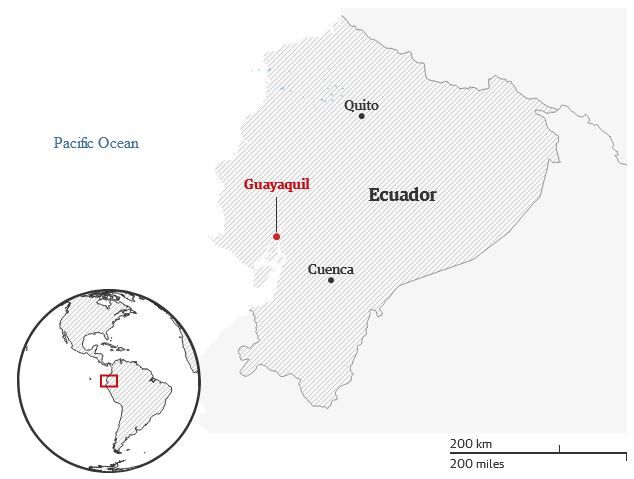 Wedged between Colombia and Peru, the world’s biggest cocaine producers, Ecuador has has seen a shocking levels of violence, including decapitated bodies hanging from pedestrian bridges and six brutal prison massacres in which nearly 400 inmates have been killed since February 2021.

Since the decree 11 raids have been carried out in the city and five people have been arrested, Carrillo told journalists on Monday.

“What concerns us most … is the capacity [the gang] now have to build elements in a homemade way,” Carrillo tweeted after the blast, referring to the explosives used in the act. “We are investigating how they are reaching these capabilities to commit barbaric acts.”

The incident is the deadliest so far in a dramatic rise in bomb attacks in the country with 145 so far this year, half which occurred in Guayaquil, according to government figures.

“Criminal gangs have become a government within a government in Ecuador,” wrote Guayaquil’s mayor, Cynthia Viteri, in an open letter posted on twitter to Lasso, who took office as president last year.

“We have witnessed hangings on bridges, planned murders on motorcycles, rapes in shopping malls and school buses,” she wrote. “Extortion charged to innocent shopkeepers, and the deaths of more than a dozen child victims from stray bullets.”

“A president is the protector of his people but so far we have not seen a single safe step to combat crime,” the letter continues. “Who is in charge here, organized crime or an enslaved government?”

On Twitter, Lasso responded that the enemy was “narco-terrorism … not the government”, adding that “in countries that have lived through these painful experiences, the authorities act in unity and not divided”. However, he has faced mounting criticism as the rising violence shows no sign of abating.

Guayaquil was one of the 50 most violent cities in the the world in 2021, according to Insight Crime, a thinktank. It is the first time an Ecuadorian city has appeared on the list.