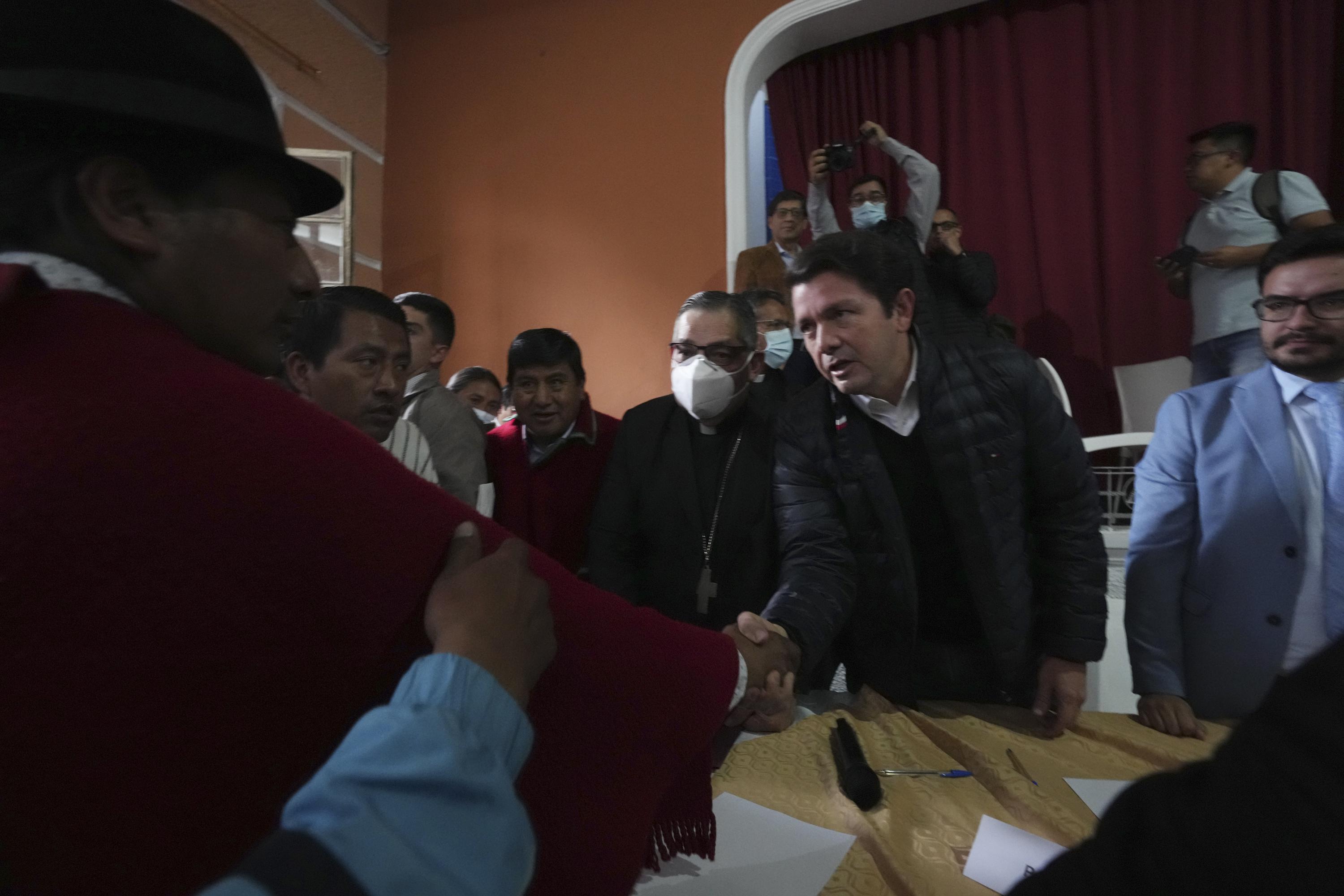 Ecuador’s government and the country’s main Indigenous group reached an agreement Thursday to end 18 days of often-violent strikes that had virtually paralyzed the country and killed at least four people.
The deal, which includes a decrease in the price of fuel and other concessions, was signed by Government Minister Francisco Jiménez, Indigenous leader Leonidas Iza and the head of the Episcopal Conference, Monsignor Luis Cabrera, who acted as mediator.

The agreement sets out that gasoline prices will decrease 15 cents to $2.40 per gallon and diesel prices will also decline the same amount, from $1.90 per gallon to $1.75.

The government now has 90 days to deliver solutions to the demands of the Indigenous groups.

“Social peace will only be able to be achieved, hopefully soon, through dialogue with particular attention paid to marginalized communities, but always respecting everyone’s rights,” Cabrera said.

He went on to warn that “if state policies do not resolve the problem of the poor, then the people will rise up.”

“We know we have a country with a lot of divisions, a lot of problems, with unresolved injustices, with important sectors of the population that are still marginalized,” Jiménez said.

The two sides had started negotiations on Monday and an agreement appeared to be within reach until an attack allegedly carried out by Indigenous people against a fuel convoy killed one military officer and left 12 others wounded, leading the government to abandon talks.

Authorities have directly attributed four deaths to the 18-day strike.

The Confederation of Indigenous Nationalities had launched an indefinite national strike on June 13, demanding a decrease in the price of fuel and increase in the health and education budget as well as price controls on certain goods, among other demands.

Amid increasing shortages of food and fuel and millions in losses for farmers and business leaders, the two sides agreed to start negotiations.

The protests have been characterized by stringent road blockades that prevented the transportation of food, fuel and even ambulances. As a result, there has been a sharp increase in the price of the food that did manage to reach the cities, particularly in the Andean north, which has been one of the areas most affected by the strike.
Add Comment