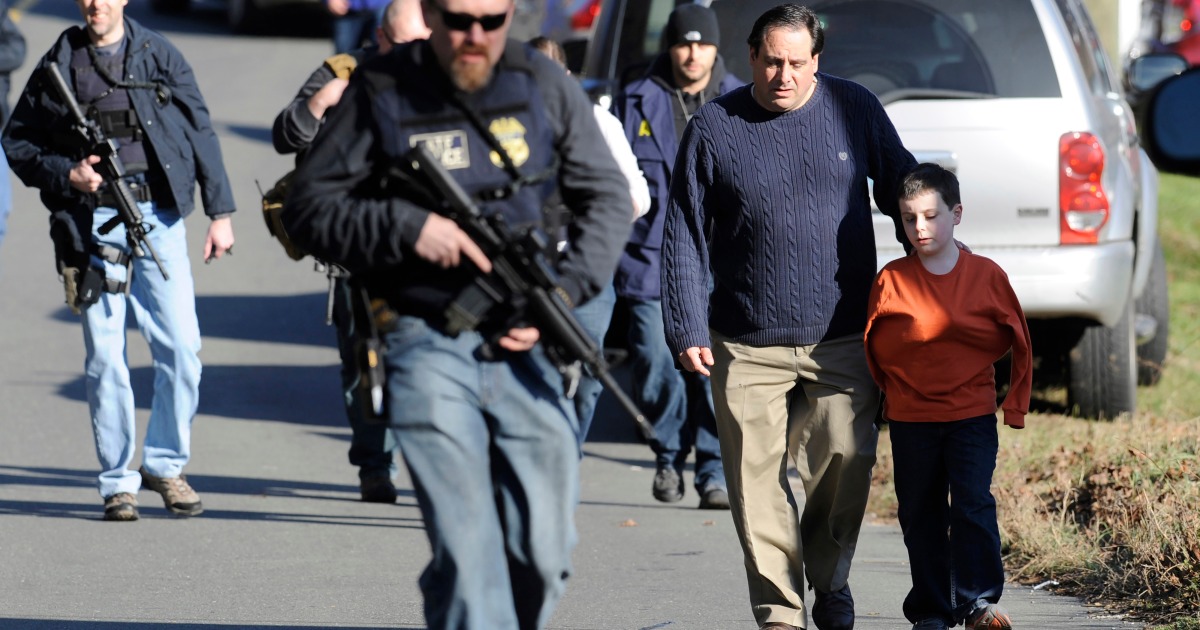 Victims of the 2012 attack that killed 20 children and six adults condemn lack of progress on gun control.

For survivors and victims’ families of the 2012 Sandy Hook massacre in Newtown, Connecticut, the attack on Tuesday at the Robb Elementary School in Uvalde, Texas that left 19 children and two teachers dead punctuated a decade of grief.

Coming just six months before the 10-year anniversary of the Connecticut mass killing, the Texas attack also underscored for survivors turned advocates how little progress had been made in federal gun control reform since a gunman carrying an AR-15 assault weapon entered the Sandy Hook elementary school and killed 20 children and six adults.

“I’m sick at what you are going through today,” tweeted Mary Ann Jacob, who was working as a librarian at the school in Newtown when the 20-year-old gunman attacked.

“I am transported back to the firehouse that we were brought to after the shooting at our school almost 10 years ago. I’m so sorry those deaths did not change our world,” she wrote hours after Tuesday’s attack. “#SandyHook I’m broken hearted.”

Nelba Marquez-Greene, whose six-year-old Ana Grace Marquez-Greene was killed at Sandy Hook, wrote on Facebook, “Teachers. Educators. Rational, loving human beings: I am so damn sorry. Again. We have been failed.”

Added Erica Leslie Lafferty, whose mother, Sandy Hook principal Dawn Hochsprung, was fatally shot at the school, “Thoughts and prayers didn’t bring my mother back after she was gunned down in a hallway at #SandyHook”.

“It is beyond time to take action,” she tweeted.

The 2012 attack sent shockwaves across the nation and galvanised a push for federal gun control measures.

Four months later, it became clear that the momentum was not enough, as watered-down legislation to expand federal background checks for firearm purchases failed in the Republican-controlled Senate. 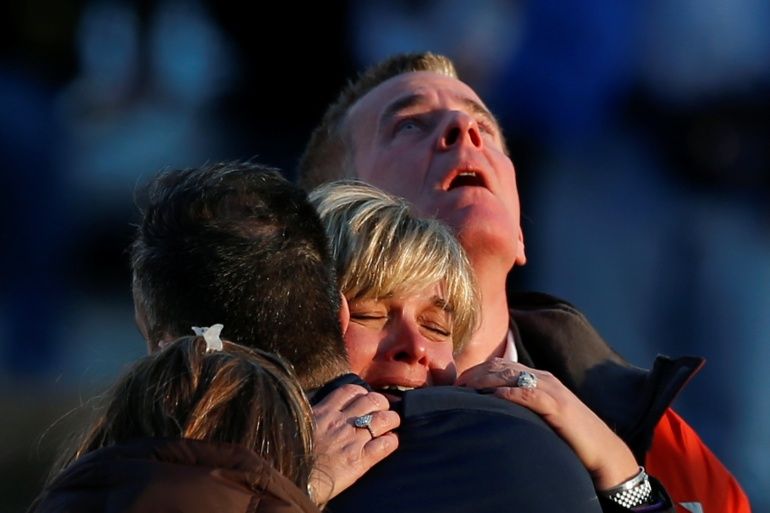 Lynn and Christopher McDonnell, the parents of seven-year-old Grace McDonnell, grieve near Sandy Hook Elementary after learning their daughter was one of 20 schoolchildren and six adults killed when a gunman opened fire inside the school in Newtown, Connecticut

In February, the families of Sandy Hook victims also reached a $73m settlement with Remington Arms, the manufacturer of the gun used in the attack. It was the first time a US gunmaker had been held liable for a mass shooting.

Still, a decade since the attack, and hundreds of mass shootings later, no major federal gun control reforms had passed, including efforts to ban assault weapons, which were used by the gunmen in both Newtown and Uvalde.

On Tuesday, US Senator Chris Murphy, who represents Connecticut, made an impassioned plea on the Senate floor.

“This isn’t inevitable, these kids weren’t unlucky. This only happens in this country and nowhere else. Nowhere else do little kids go to school thinking that they might be shot that day,” Murphy said.

“I’m here on this floor to beg, to literally get down on my hands and knees and beg my colleagues: Find a path forward here. Work with us to find a way to pass laws that make this less likely.” 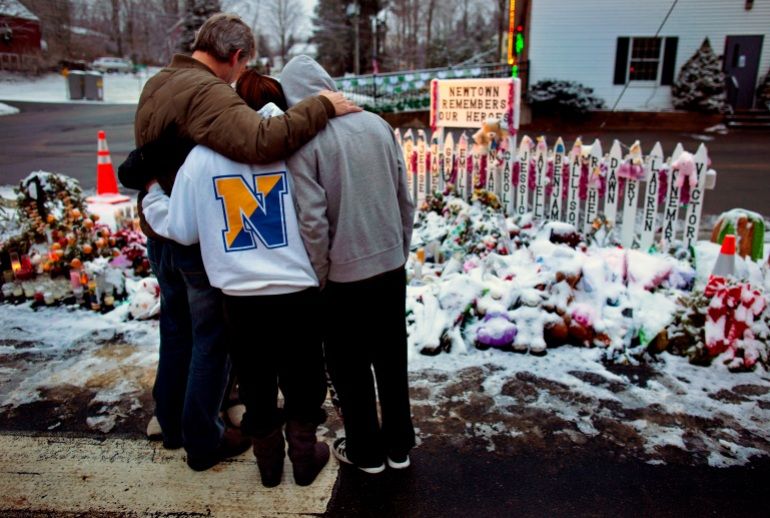 Mourners embrace near memorials by the Sandy Hook firehouse in Newtown, Connecticut

Said Senator Richard Blumenthal, the other Senator from Connecticut who was in office in 2012, “My heart breaks as I re-live the shock and grief of Sandy Hook 10 years ago, knowing the infinite pain that will hit these families in Texas”.

In an op-ed in USA Today, Nicole Hockley, the mother of victim Dylan Hockley and CEO of Sandy Hook Promise, a gun control advocacy group launched in the wake of the attack, wrote, “Whenever there is a tragedy like this, I am re-traumatized. I relive the murder of my son, his classmates and educators. The sadness and anger are crushing.”

“On days like today, I am horrified and furious that America has not stopped these deadly attacks on our children,” she wrote. “The only thing that keeps me going is knowing that our country can move forward and take action if we have the courage and resolve to do so.”