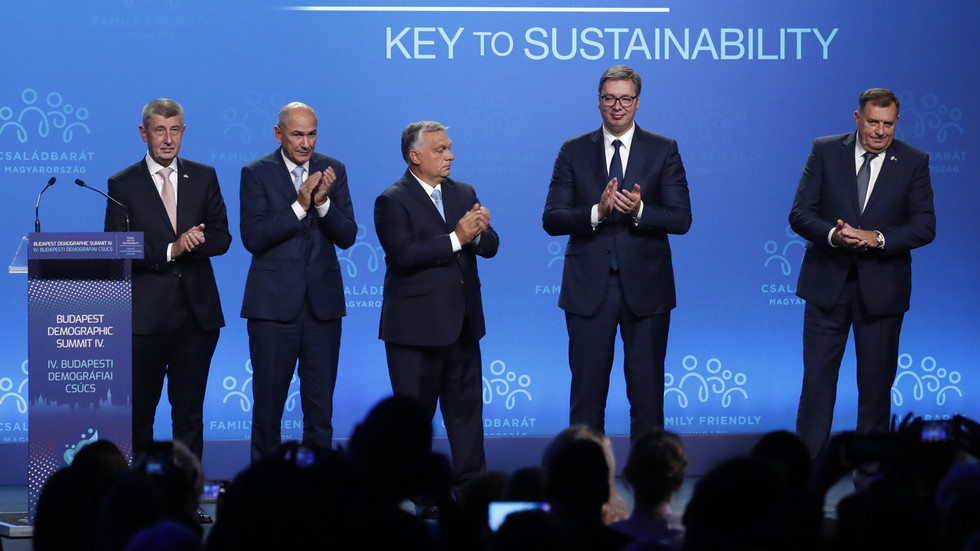 The leaders of the Czech Republic, Hungary, Poland, Serbia and Slovenia signed a joint statement on Thursday calling on the EU to not use immigration in an attempt to address what they perceive as a demographic crisis in the bloc.
“Increasing the number of European children is essential to preserving Europe’s Christian culture and other religious traditions for future generations,” the prime ministers declared, adding that “Migration should not be seen as the main tool to tackle demographic challenges.”

The joint declaration, made at the Budapest Demographic Summit, comes after the same leaders raised concerns about a potential influx of immigration sparked by the chaotic withdrawal of US and NATO forces from Afghanistan.

Two of the signatories, Hungary’s Viktor Orban and the Czech Republic’s Andrej Babis, have pushed strong anti-immigration stances, ahead of elections they face in the coming months.

Babis told the event that, due to the influx of immigration, “the only sustainable solution against the extinction of Europe is to increase the birth rate.” The EU’s birth rate has been falling since 2000, with 1.53 live births per woman in 2019 falling below the 2.1 mark required to prevent populations declining.

Poland’s Prime Minister Mateusz Morawiecki Morawiecki previously highlighted concerns about the addition of Afghan migrants on top of the stream of refugees already seeking asylum from African nations. The Czech leader, Andrej Babis, went further, arguing that immigration from Afghanistan is a “big threat” to stability in Europe.

The summit has been held every two years since 2015, providing a gathering for officials to discuss issues affecting families within their countries. One of the topics central to the fourth event, being held in September, is addressing the “demographic crisis” in Europe.
#Viktor Orban  #Afghanistan
Add Comment