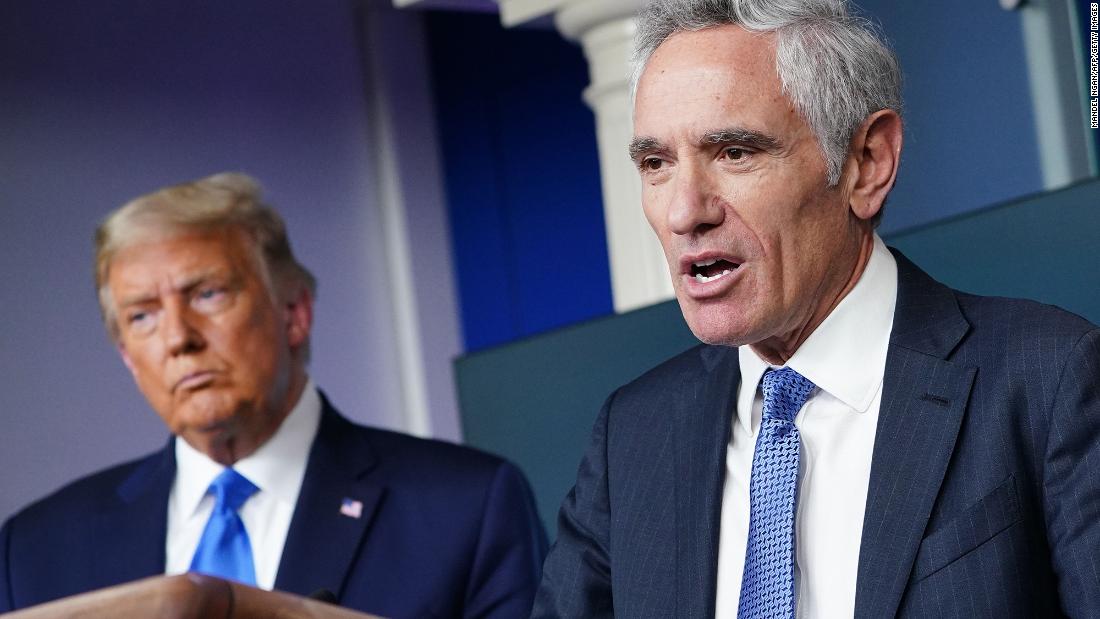 In his apology, Atlas claimed he was unaware RT was a registered foreign agent.

I recently did an interview with RT and was unaware they are a registered foreign agent. I regret doing the interview and apologize for allowing myself to be taken advantage of. I especially apologize to the national security community who is working hard to defend us.

RT is owned by Russian state-owned news agency RIA Novosti and subsidiary RT America is registered with the US Justice Department as an agent of the Russian government. The Kremlin uses RT to spread English-language propaganda to American audiences, and was part of Russia's election meddling in 2016, according to a 2017 report from the US Office of the Director of National Intelligence.

Twitter labeled a video from the Russian-state controlled broadcaster RT as election misinformation on Thursday. YouTube videos posted by RT carry the disclaimer: "RT is funded in whole or in part by the Russian government."

Earlier this year, an internal intelligence bulletin issued by the Department of Homeland Security said Russia was amplifying disinformation about mail-in voting as part of a broader effort "to undermine public trust in the electoral process."

In its filing to register as a foreign agent, RT's production company in the United States said its role is to "inform, not influence" and "are not aimed to primarily benefit any foreign government or political party."

A senior White House official told CNN Sunday that Atlas did not have clearance from the Trump administration for his interview with RT. The official said Atlas "did it on his own without approval by the White House." Senior aides raised concerns internally after Atlas appeared on RT, the source said. RT said the interview was done from the White House property.

In the 27-minute interview on Saturday, Atlas made a series of dubious claims. For example, Atlas misrepresented the effectiveness of masks, suggested that lockdowns kill people and discouraged testing of asymptomatic people. He also dismissed forecasts from the Institute for Health Metrics and Evaluation at the University of Washington School of Medicine that forecasts 399,000 coronavirus deaths in the US by February 1 under current conditions.

"The IHME model is really sort -- it's absurd to start looking at this model at this point," Atlas said. "At this point in time anybody who's even focusing on models has not learned from the past."

In July, the IHME model predicted 208,255 Americans would have died from coronavirus by Nov. 1. In fact, according to Johns Hopkins University, 230,566 people have died as of Nov. 1.

Atlas is a radiologist and who has no expertise in infectious diseases or epidemiology.

In October, Twitter removed a tweet from Atlas that sought to undermine the importance of wearing a face mask, because Atlas' tweet was in violation of the its Covid-19 Misleading Information Policy, a spokesman for the company told CNN. The tweet said, "Masks work? NO" followed by a series of falsehoods about the science behind the effectiveness of masks in combating the pandemic.

Trump has relied on Atlas for advice on handling the coronavirus. But Dr. Anthony Fauci, the country's leading infectious disease expert, has criticized Atlas, a neuroradiologist and Trump's hand-picked coronavirus adviser, for his lack of expertise.