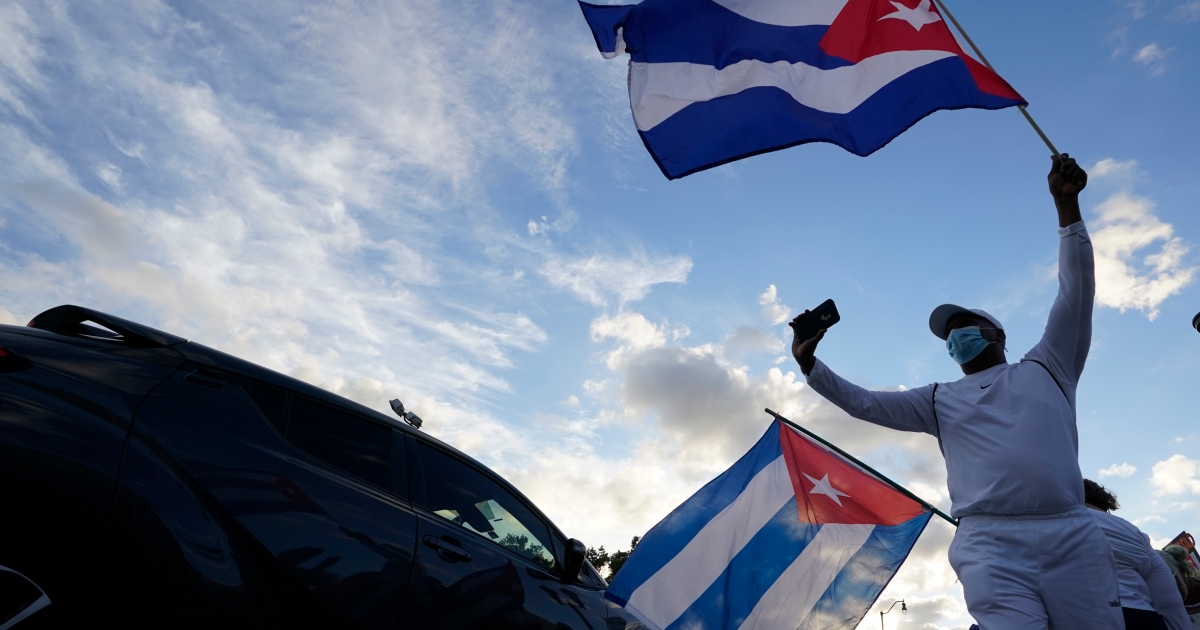 Demonstrators were detained during unprecedented July protests against food shortages, rising prices and other grievances.

At least 57 protesters arrested in Cuba during last year’s wave of unprecedented demonstrations are scheduled to go on trial this week, their relatives have said.

The relatives said on Tuesday said that some of the protesters are facing up to 30 years in prison.

Roxana Garcia, the sister of 24-year-old defendant Andy Dunier Garcia, said she had been told the trials are expected to last three to four days. Her brother is charged in Santa Clara with public disorder, as well as attacking and contempt of authority.

She said the defence lawyer seemed to be doing a good job, and added that the only witnesses against the defendants are “the same police who beat them”.

In the Cuban capital, Havana, Yaquelin Cruz said her 20-year-old son Dariel Cruz faced a prosecution request for a 15-year-sentence for sedition — attempting to overthrow a legitimate government. She said her son recently was stabbed in prison. 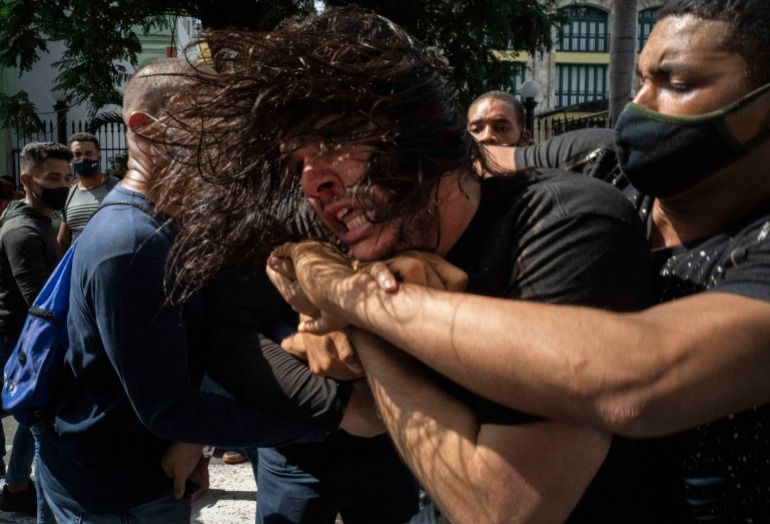 Relatives said 21 people would be charged in the eastern city of Holguin, 20 in Havana and 16 in Santa Clara.

Protests erupted across Cuba on July 11 and 12 as thousands took to the streets in protest against food shortages, rising prices, and economic hardships. Some also called for a change in government.

Officials initially appeared off-guard, but later moved to detain hundreds of protesters. At least one person died and several shops and vehicles were vandalised or burned across the two days.

Cuban authorities have never released an official number of arrests carried out during the protests, though court officials said in August that there had been 23 quick trials of 67 defendants facing lesser charges, such as public disorder.

Since then, prosecutors have formalised more serious charges, such as sedition, against other defendants, said Salome Garcia of Justice 11J — a group with members in Cuba and abroad that tries to track the cases of those detained.

The organisation said it has confirmed 1,334 detentions, 223 convictions for various charges and 231 others facing charges. It said 98 people had been fined.

The group said the initial detainees included 48 people under the age of 18 — the age of criminal responsibility is 16 in Cuba — though several of them have since been freed.

Justice 11J’s list of cases indicates some in Holguin face 30-year sentences for the same charge faced by Dariel Cruz, attempting to overthrow a legitimate government.

Several relatives said they had been informed that only one family member of each defendant would be allowed in the courtroom.

Cuban authorities acknowledged that some complaints raised during the protests were justified.

But they have accused the United States of being the real force behind the demonstrations, which appeared to have been mobilised in part over recently authorised social media networks.

Washington has denied it played a role in the protests, later imposing sanctions on Cuban officials it said have been complicit in Havana’s crackdown on the demonstrations.

Last week, US President Joe Biden’s administration barred eight Cuban government officials from entering the country over allegations they were involved in the mistreatment of protesters.

US Secretary of State Antony Blinken accused the targeted Cuban officials of being involved “in attempts to silence the voices of the Cuban people through repression, unjust detentions and harsh prison sentences”.

Blinken said that some 600 Cuban protesters remain in detention, including some who have seen their health conditions deteriorate and do not have access to proper food or medicine.