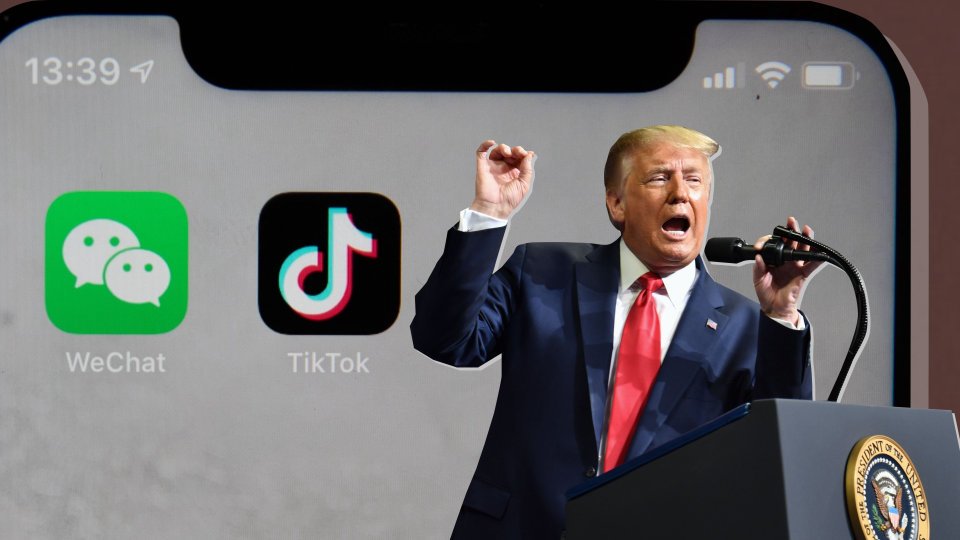 President Donald Trump announced broad restrictions in the United States against Chinese social networks TikTok and WeChat , a decision that provoked a reaction from Beijing on Friday and a threat of legal action by one of the affected companies.

Through a decree, which takes effect in 45 days, Trump prohibits all transactions in the United States with the companies that own the video-sharing application TikTok and the messaging application WeChat.

Trump argued national security issues to justify his decision against ByteDance (owner of TikTok) and Tencent, (owner of WeChat) one of the leaders of the video game industry and one of the richest companies in the world.

The move increases pressure on ByteDance to conclude negotiations to sell the short video platform to Microsoft, and creates another new front in the White House confrontation with Beijing.

On Monday, the US president accepted the possibility of a US group buying TikTok, but before September 15, on pain of banning the platform.

The presidential decree evokes a threat to "the national security, foreign policy and economy of the United States" to justify the decision.

TikTok automatically captures broad swaths of information from its users, including information such as location, and stories of visits and Internet searches, the text states.

China reacted on Friday by denouncing arbitrary political manipulation and repression by the United States, according to the spokesman for the Chinese Foreign Ministry, Wang Wengbin.

Users of the social network Weibo, a Chinese equivalent to Twitter, complained the measure taken against WeChat.

How are overseas students going to contact their families when they ban WeChat? Wrote one Weibo user.