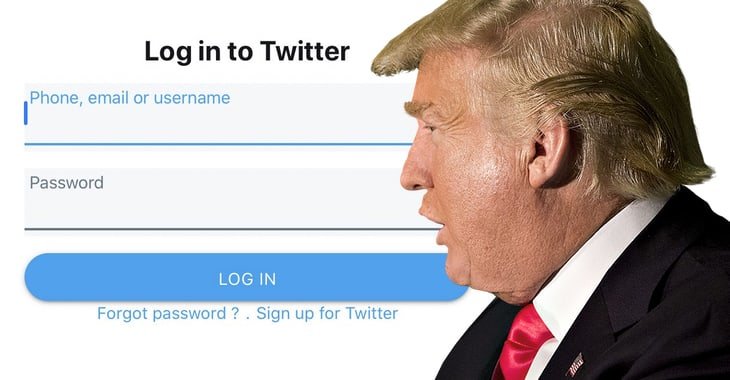 Last month hackers made the astonishing claim that they had managed to crack Donald Trump’s password back in 2016.

And what was the password used by the then US Presidential Candidate?

Ok. That’s clearly not good at all, but surely by now Donald Trump – who has spent much of his presidency on Twitter – has learnt his lesson?

According to Dutch ethical hacker Victor Gevers, as recently as last week the US President’s @realDonaldTrump account was protected by the incredibly-dumb password “maga2020!” and did not have two-factor authentication (2FA) enabled.

Gevers says that he tried a number of password possibilities before stumbling upon the sadly-rather-pathetic “maga2020!”:

Gevers shared a screenshot, which appeared to demonstrate he had full access to Donald Trump’s profile.

Gevers says that he attempted to inform Trump, his team, the White House, Twitter, and even the CISA (Cybersecurity & Infrastructure Security Agency) of the security issue, but received no reply.

At the time of writing, it appears that the password has been changed and 2FA has been (quite rightly) enabled.
Frankly I’m lost for words, so read the full details about the incident in this report from Vrij Nederland.