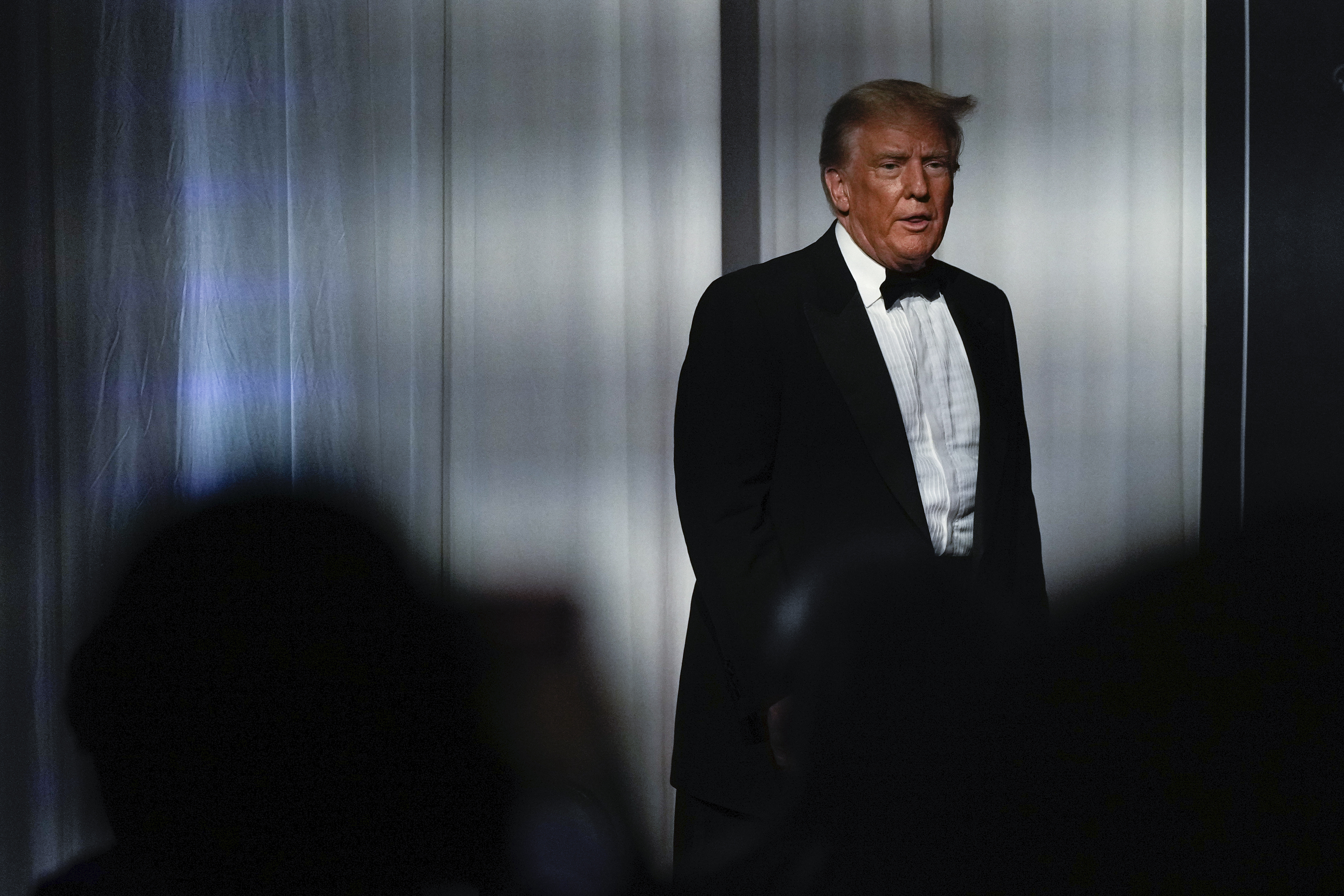 The former president hosted Fuentes and Kanye West at Mar-a-Lago. He said it was “quick and uneventful.”
Former President Donald Trump hosted white nationalist and antisemite Nick Fuentes at his Mar-a-Lago resort in Palm Beach on Tuesday night, according to multiple people familiar with the event.

Fuentes, who frequently posts racist content in addition to Holocaust revisionism, was brought as a guest of rapper Kanye West, who now goes by Ye.

In a post to his social media site, Trump confirmed the gathering.

“This past week, Kanye West called me to have dinner at Mar-a-Lago,” he wrote. “Shortly thereafter, he unexpectedly showed up with three of his friends, whom I knew nothing about. We had dinner on Tuesday evening with many members present on the back patio. The dinner was quick and uneventful. They then left for the airport.”

However eventful, the dinner reflects a remarkable moment in an extremely early 2024 campaign cycle: the frontrunner for the Republican presidential nomination breaking bread with a man who frequently posts racist content and Holocaust revisionism, brought there by a rapper who is launching his own presidential campaign under the shadow of his own antisemitic remarks.

“If it was any other party, breaking bread with Nick Fuentes would be instantly disqualifying for Trump,” said Democratic National Committee spokesperson Ammar Moussa. “The most extreme views have found a home in today’s MAGA Republican party.”

In a statement, the White House said, “Bigotry, hate, and antisemitism have absolutely no place in America - including at Mar-A-Lago. Holocaust denial is repugnant and dangerous, and it must be forcefully condemned.”

It underscores how few guardrails currently exist within the former president’s political operation, with few aides there to screen guests or advise against and manage such gatherings.

Karen Giorno, a former Trump strategist who is also now working for West’s 2024 campaign, confirmed to POLITICO that she was also at the dinner with Trump, West and Fuentes.

Fuentes, who was present at the Charlottesville “Unite the Right” rally in 2017, has made a series of offensive and racist statements on his shows including that Trump was wrong to disavow white supremacy. He has been removed from YouTube and other social media sites. Trump’s dinner with Fuentes comes just one week after the former president announced he is seeking reelection, and soon after West publicly made a series of antisemitic comments that cost him millions in endorsement deals.

In a separate statement, Trump denied knowing who Fuentes was, stating that the “dinner meeting was intended to be Kanye and me only, but he arrived with a guest whom I had never met and knew nothing about.” Both that statement and the Truth Social post did not include a denunciation of West’s or Fuentes’ recent comments.

West discussed the dinner in a video titled “Mar-a-lago debrief,” which he posted to Twitter. In it, he said that Trump was “impressed by Fuentes” because “unlike so many of the lawyers and so many people that he was left with on his 2020 campaign, he’s actually a loyalist.”

West went on to say he told Trump, “Why when you had the chance, did you not free the January sixers? And I came to him as someone who loves Trump. And I said, ‘Go and get Corey [Lewandowski] back, go and get these people that the media tried to cancel and told you to step away from.’” The video includes photos of former advisers including Giorno and Roger Stone, and also conspiracy theorist Alex Jones.

Describing the event to Milo Yiannopoulos, a far-right provocateur who he hired to help with his campaign, West said that he also asked Trump to be his running mate in 2024, and said that Trump was “screaming” at him during the dinner, and that the former president called his ex-wife profanities.

“When Trump started basically screaming at me at the table, telling me I was going to lose. I mean, has that ever worked for anyone in history? I’m like, whoa, whoa, hold on, hold on Trump, you’re talking to Ye,” West said.
#Donald Trump
Add Comment