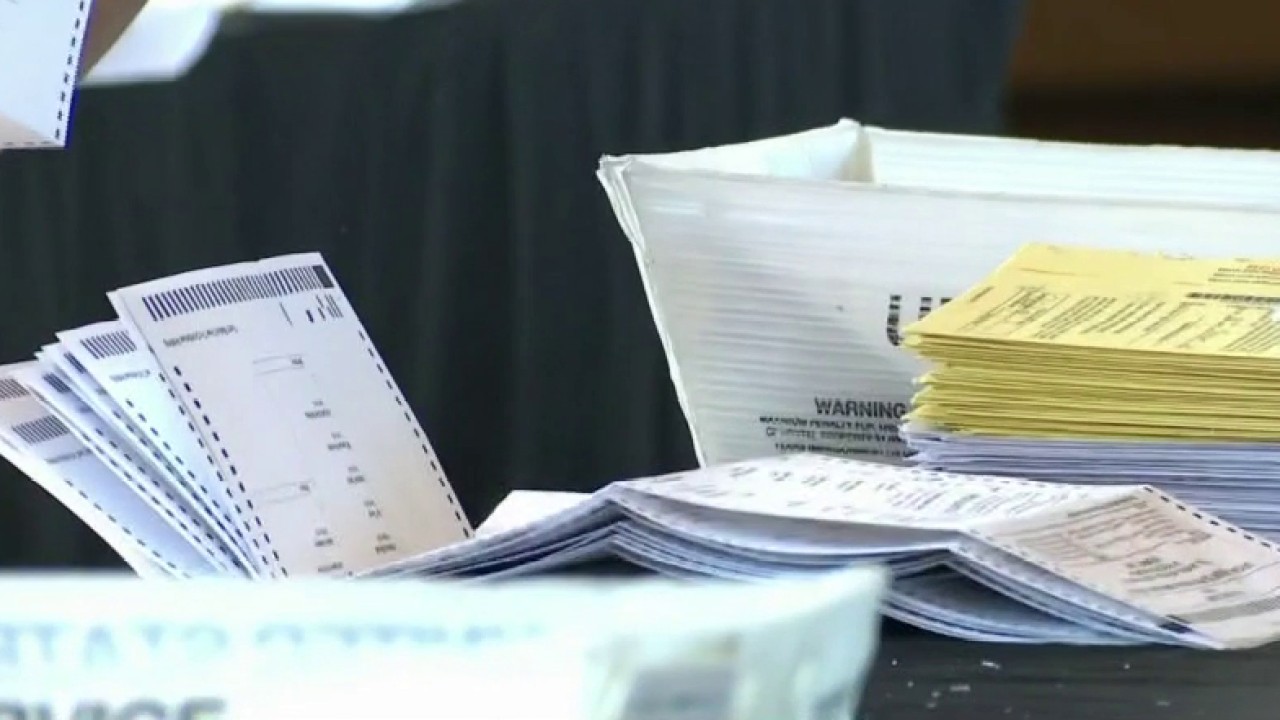 Election officials in Georgia’s Fulton County told a local news outlet Sunday that a newly purchased Dominion Voting Systems mobile server crashed that delayed the state's third recount of the presidential election and technicians from the company “have been dispatched to resolve the issue.”

11Alive.com reported that the Georgia Secretary of State’s office is aware of the efforts to “resolve the problem.”

The report indicated that about 88% of the ballots in the state's largest county have been counted and the recount will resume again on Monday. The deadline to complete the recount is Dec. 2.

Joe Biden defeated President Trump by about 13,000 votes in the Peach State, but Trump and his legal team have challenged the results.

Trump has expressed frustration with state leaders over how both the election and vote count were handled and has been vocal in his criticism of top Republicans in the state.

Trump told Fox News on Sunday that Gov. Brian Kemp has done “absolutely nothing” to question the results and has also called Secretary of State Brad Raffensperger an “enemy of the people” for allowing what he called a “fraudulent system” to persist in the state.

Raffensperger certified the election result on Nov. 2, and Kemp signed off on it.

WSB-TV pointed to an op-ed that Raffensperger wrote last week where he said the election seemed as though it was “wildly successful” and "smooth.”

“This should be something for Georgians to celebrate, whether their favored presidential candidate won or lost. For those wondering, mine lost — my family voted for him, donated to him, and are now being thrown under the bus by him,” he wrote.

Trump and his supporters have insisted that he won the election and it is only due to widespread fraud that Biden was declared the winner. Trump's critics say he clearly lost and has yet to provide evidence to suggest the contrary.

Trump said in an interview Sunday that his Department of Justice has been “missing in action.” He also questioned the whereabouts of the FBI.

“You would think if you’re in the FBI or Department of Justice, this is the biggest thing you could be looking at. Where are they? I’ve not seen anything,” he said.

Last week, Michael Steel, a spokesman for Dominion denied claims that vote cast through the company’s systems were at risk of being altered. He said it is physically impossible to alter votes in the system.

"Look, when a voter votes on a Dominion machine, they fill out a ballot on a touch screen. They are given a printed copy which they then give to a local election official for safekeeping. If any electronic interference had taken place, the tally reported electronically would not match the printed ballots. and in every case where we've looked at -- in Georgia, all across the country -- the printed ballot, the gold standard in election security, has matched the electronic tally," he said.

Trump’s campaign launched several lawsuits challenging the voting systems and processes in a number of key battleground states, including Pennsylvania and Wisconsin.

Sidney Powell, a high-powered lawyer who is investigating the election results, retweeted an order by Federal Judge Timothy C. Batten that orders the state to “maintain the status quo” of the voting machines in the state and ruled that these machines cannot be wiped or reset until further notice.