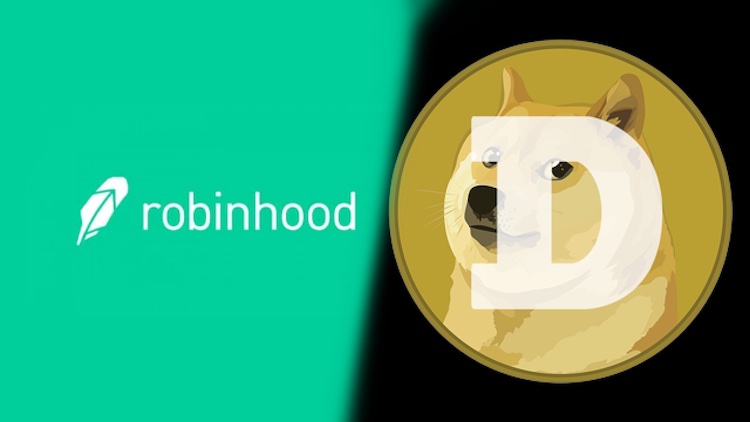 The popular meme token, Dogecoin, has passed Bitcoin, Ethereum, and Litecoin in terms of trading volume on Robinhood, was revealed during Robinhood's IPO filing.

Robinhood’s IPO prospectus shows that 9.5 million customers traded $88 billion of cryptocurrency on its platform in Q1 and the company held approximately $12 billion in crypto assets under custody, a 23-fold increase from last year. Meanwhile, 34% of Robinhood’s cryptocurrency revenue was attributable to the meme cryptocurrency dogecoin.


Dogecoin attracted the world’s attention earlier this year following countless interactions by one of the most influential people – Elon Musk. His constant engagements were followed by other celebrities, global brands, and companies wishing to take advantage of the craze.

Somewhat expectedly, retail investors were not far behind. The Google searches with the name of the Shiba Inu-inspired meme coin exploded earlier this year. Further confirmation of retail investors’ appetite came from Robinhood – one of the most utilized trading platforms from such users.

After highlighting the increase of revenue coming from crypto traders in its IPO filing on Thursday, the company noted that a “substantial portion” of the growth is “attributable to transactions in Dogecoin.”

“If demand for transactions in Dogecoin declines and is not replaced by new demand for other cryptocurrencies available for trading on our platform, our business, financial condition, and results of operations could be adversely affected.” – Robinhood warned.

It’s worth noting that the company offers seven cryptocurrencies, including BTC, ETH, and LTC. However, transacting with DOGE accounted for 34% of digital asset trading.

Overall, the total revenue related to cryptocurrencies skyrocketed by more than 300% year-over-year, from $128 million to $522 million.

Following its recent growth, the firm outlined plans to become a publicly-traded company through an IPO. However, it delayed its intentions earlier in 2021, following the controversy that emerged from the GameStop saga.

Nevertheless, it seems the firm has resolved its regulatory hurdles, at least according to the most recent filing with the Commission.

As of March 31, Robinhood has also expanded its coverage to 46 states and Washington D.C. The company also supports real-time market data for 10 cryptocurrencies, which is available to all customers. The company further declared: