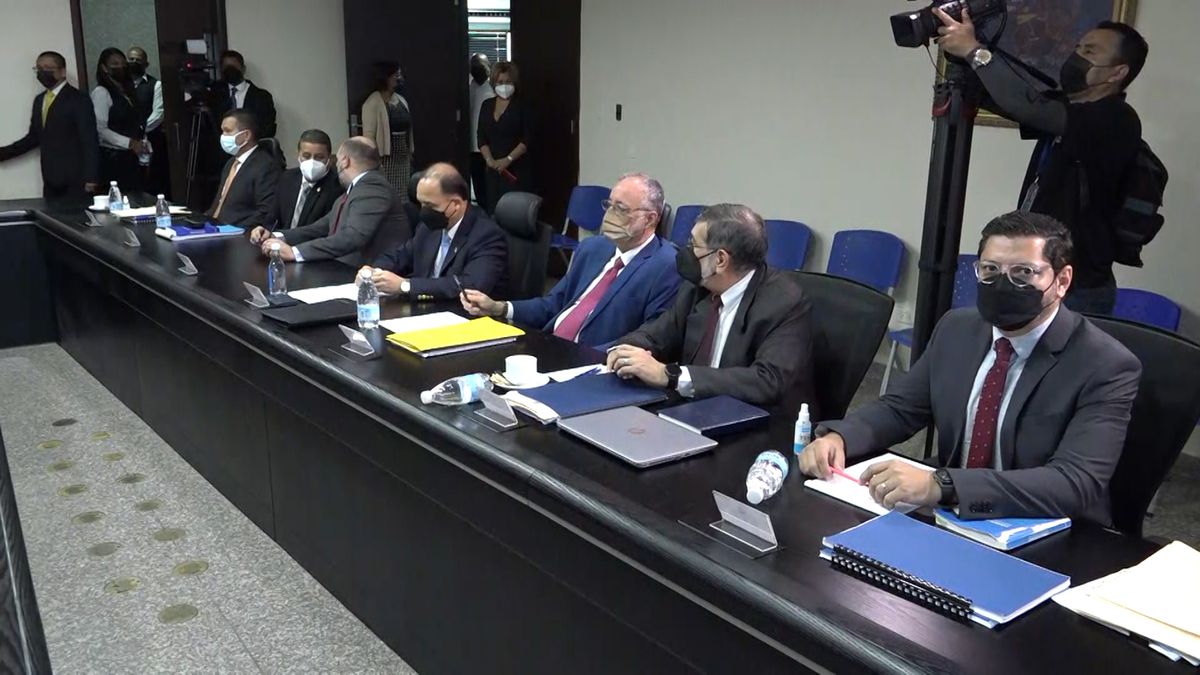 Discussion suspended in the first debate of the Electoral Reform project

During the meeting between deputies and magistrates of the TE, it was agreed to set up a technical table to review the electoral reform project.
After the meeting held on Tuesday between authorities of the Electoral Tribunal and the National Assembly, it was decided to suspend the discussion in the first debate of the draft Law 544 on Electoral Reforms, and it was agreed to establish a technical table.

"That was the decision that was reached today in this meeting, the suspension of the first debate until the technical table renders its report and the magistrates meet with the honorable deputies," said the presiding magistrate of the Electoral Tribunal, Heriberto Araúz.

He added that one cannot "start from scratch because there are several articles with which the Te agrees, which imply progress. The AN has approved 80, 85% of the package, it is never approved in its entirety, but there are advances."

The president of the National Assembly, Crispiano Adames, explained that next Monday, September 20, they will meet with the magistrates of the Electoral Tribunal in order to verify the modifications made to the electoral reform project.

For his part, the vice president of the Government Commission of the National Assembly, Benicio Robinson, reiterated that during the meeting an understanding was reached in which a table is established, regarding the Reform Commission and the members of the Electoral Tribunal , in order to review the modifications that were made to the project.

He added that all the members of the Commission who want to raise their point of view can participate in the meeting, however they will not allow "that any deputy wants to tell a half truth or a lie to try to be alerting of things that have not happened." , while acknowledging that it supported several modifications that were approved.

“I supported many modifications that I consider to be modifications that help to raise the Electoral Code for these new elections, we are not making a shirt or for the PRD, nor for Benicio Robinson, I do not need the Code to leave, I always leave with more than 6 thousand votes above… it is very little 7 million dollars to carry a campaign at the national level. Campaigns well done, the way they should be done, can cost a bit more, ”Robinson said.

The first block of the draft Law 544 on Electoral Reforms was approved by the Government Commission of the National Assembly on September 2, while the second block was approved on September 7, between both blocks about 75 modifications were introduced.

It is worth mentioning that today's meeting was agreed upon after a meeting held by the President of the Republic, Laurentino Cortizo, with the representatives of both entities, this after the TE announced last week that it declined to continue attending the legislative sessions that address This discussion was due to the unconsulted modifications made in the Government Commission of the National Assembly through which several articles were eliminated from this proposal, which included issues such as campaign donations and electoral jurisdiction, among others.

Also participating in this meeting are the other TE magistrates, Eduardo Valdés Escoffery and Alfredo Juncá, as well as the members of the Government, Justice and Constitutional Affairs Commission of the National Assembly, Víctor Castillo (president), Pedro Castillo, Marylín Vallarino, Luis Ernesto Carles, Corina Cano, and Juan Diego Vásques, among other deputies.
Add Comment