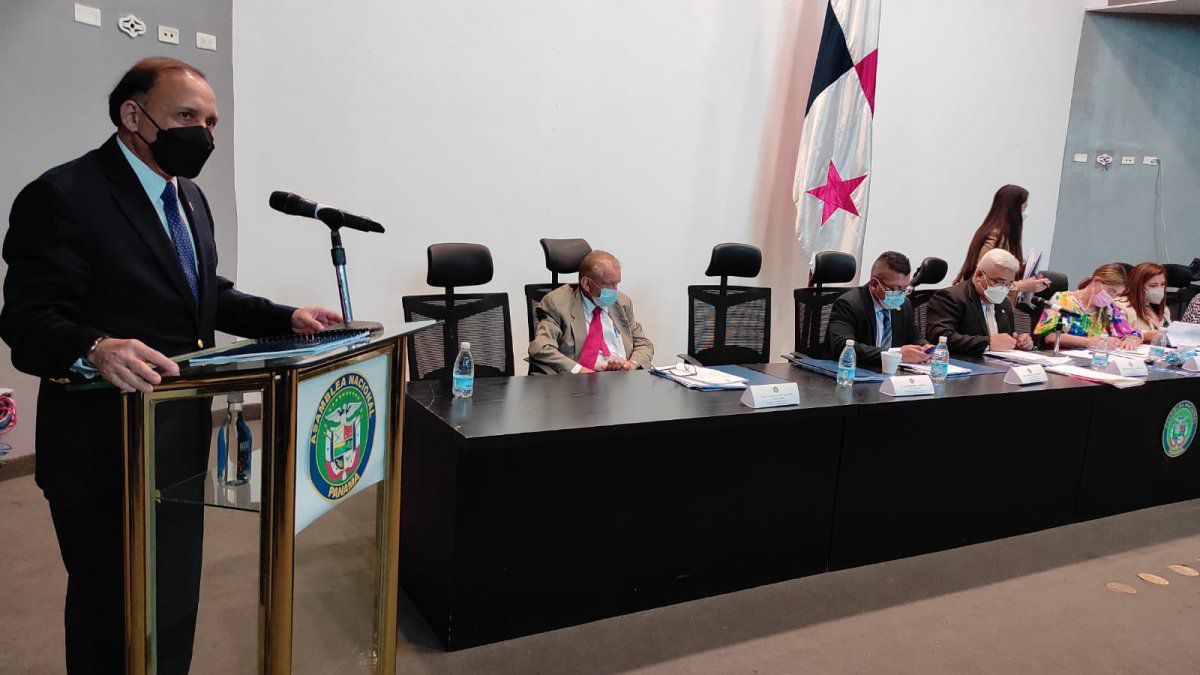 The president magistrate of the Electoral Court asked the Assembly that this project become a law of the Republic in this legislature.
As of this Wednesday, August 18, the Government Commission of the National Assembly began the discussion in the first debate of Bill 544 that reforms the Electoral Code.

The document to be discussed was prepared by the National Commission for Electoral Reforms 2020 (CNRE), and consists of 323 articles that restructure precepts, add and repeal others of the current norm, and was presented before the National Assembly on February 10, 2021.

The discussion in the first debate began with a reading of the explanatory statement presented by the Electoral Tribunal , after which the presiding magistrate of this entity, Heriberto Araúz, expressed that through this bill the country's electoral legislation is updated.

It is a “task that the Electoral Tribunal together with the National Electoral Reform Commission carries out every five years after the elections are over. The electoral legislation is reviewed to determine the faults and weaknesses of the electoral system, whatever needs to be improved according to the experience that the country has lived and the recommendations made by international organizations that visit us as international observers, particularly the Organization of American States and the International Union of Electoral Organizations, that is the position of the Tribunal, that is the position of the National Commission of Reforms embodied in this bill ”, expressed Araúz.

Likewise, the presiding magistrate of the Electoral Tribunal, urged the National Assembly for this bill to be approved during this first term of the third period of sessions, in order to be able to begin at the beginning of the year 2022 with the teaching and training process on the new Electoral Reform Law.

“For the Court it is important that this bill becomes a Law of the Republic before October of this year, which ends the legislature of the National Assembly, in such a way that the Court can begin a teaching process in January of next year. at the national level, for the dissemination of the Law to Reform the Code, for training at the level of all the offices of the Court, to the political parties, to the citizens, and above all to comply with the new calendar, here we have one of the most important reforms important that is introduced is the rescheduling of the electoral tournament, in such a way that by December 2023 all the candidacies are firm and when the electoral campaign begins in January 2024 the rules of the game are clear," he emphasized.
Add Comment