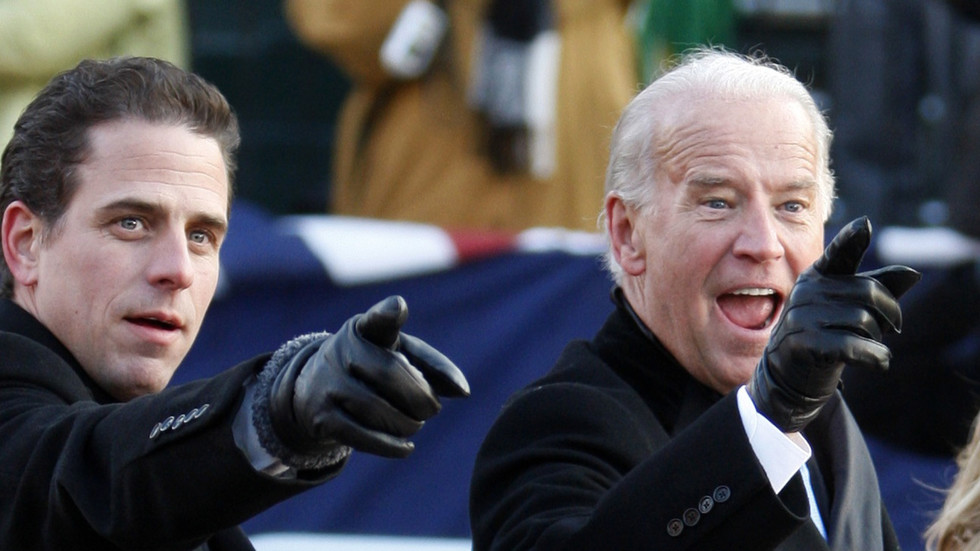 ‘Disaster for Joe’: As Hunter Biden's lawyers allegedly ask for his laptop BACK, Trump calls its explosive revelations ‘REAL DEAL’

Despite questions over the authenticity of damaging content from a hard drive allegedly belonging to Joe Biden’s son, Hunter, Donald Trump has said the data is a “proven fact,” with Steve Bannon promising there is more to come.

“Hunter Biden’s laptop is a disaster for the entire Biden family, but especially for his father, Joe,” the president tweeted on Sunday.

He blasted his Democrat opponent and said the content of the hard drive, first reported on by the New York Post, “makes it impossible” for him to ever assume the office of the presidency.

“It is now a proven fact, and cannot be denied, that all of that info is the REAL DEAL. That makes it impossible for ‘50%, or 10%’ Joe, to ever assume the office of the President!” he tweeted.

Hunter Biden’s laptop is a disaster for the entire Biden family, but especially for his father, Joe. It is now a proven fact, and cannot be denied, that all of that info is the REAL DEAL. That makes it impossible for “50%, or 10%” Joe, to ever assume the office of the President!

The hard drive, obtained from a Delaware repair shop owner by Trump’s personal lawyer Rudy Giuliani, has become a damaging story for Joe Biden, who has seen his national poll numbers slip. That’s despite social media platforms suppressing the story over worries of it being factually unverified, and Biden himself slamming the entire thing as a “smear campaign.”

Data released by the Post includes emails that suggest Hunter Biden was profiting from his father’s position as vice president with foreign companies, and that his father was aware of these business dealings, despite saying in the past that he wasn’t.

Other released data includes lewd photos of Hunter Biden, including one appearing to show a crack pipe hanging from his mouth.

Former White House Chief Strategist Steve Bannon, who was brought in to help with the release of the Hunter Biden data, has also promised that much more is to come, including emails he claims are from Hunter Biden’s attorney requesting the hard drive back.

“Hunter Biden’s lawyer has come to us both with phone calls and with emails saying, ‘Hey, I’ve got to get the hard drive back,’” Bannon told Sky News on Sunday.

“They admit it’s their hard drive,” he added, promising that if the emails need to be released, “we will release them.”

In a separate interview with the Revolver over the weekend, Bannon promised that “We already have set in motion the various apparatuses that will release everything,” and said “The Bidens are about to be hit with multiple stories from multiple media sources based off evidence beyond the hard drive.”

Democrats have still questioned the authenticity of the information being released – many of them calling it Russian ‘disinformation’ to influence the election, without providing any evidence for the claim – despite the fact that the story comes from one of America’s oldest newspapers.

Giuliani and Bannon have pushed back against claims by Democrats that this could be a disinformation campaign, with Giuliani even claiming this week that the shop owner, who first took ownership of the drive when Hunter failed to retrieve it, has been so scared for his life that he copied the drive multiple times and gave two backups to two separate friends as an insurance policy “in case he gets killed.”

Jeff 133 days ago
Is the London Daily News as big of a joke as the New York Post? One of America's oldest newspapers? LOL. It's a tabloid, not a newspaper.

Abel Gonzales 137 days ago
Pepe le pue
The FBI has had 10 months with the damning evidence. It's been authenticated already. Don't you reaserch?
View all comments (11)Add comment