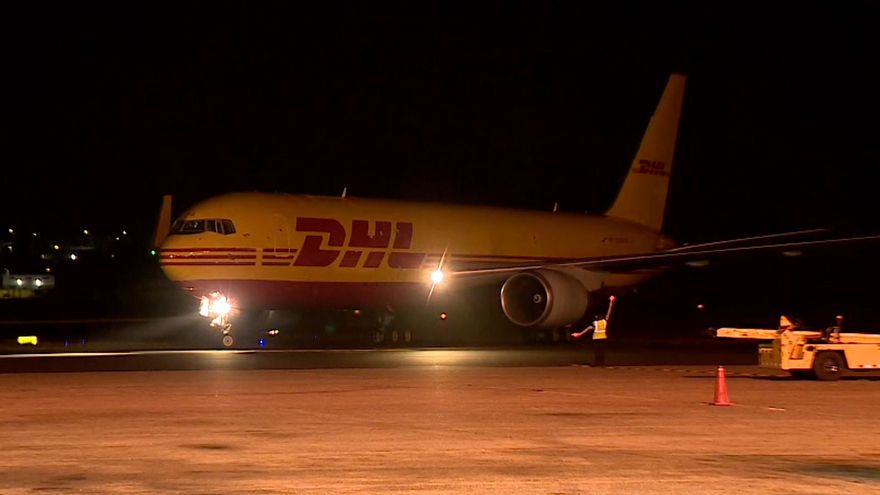 DHL flight carrying second batch of vaccines will arrive in Panama at 12:30 am

The Presidency of the Republic of Panama reported that the flight that carries the second batch of Pfizer's COVID-19 vaccines will arrive at Tocumen International Airport at 12:30 am on Wednesday, February 17.
It details that it is a DHL company flight, which carries a total of 67,860 vaccines, whose arrival in Panamanian territory will take place after being confirmed by the pharmaceutical company Pfizer.

Once on Panamanian soil, the process of distribution of the vaccines to the different health regions for their application will begin immediately, according to the Minister of Health, Luis Francisco Sucre.

The Ministry of Health (Minsa) announced on Tuesday that those who received the first vaccine against COVID-19 from Pfizer, will receive the second dose, "from 21 days after."

For her part, the Foreign Minister of the Republic Erika Mouynes, reported that Panama will be receiving every week from Pfizer the confirmation of the batch, the number of vaccines and the exact day they will arrive in the country, until completing the 450 thousand doses that were confirmed for the first quarter of this year.
#Erika Mouynes  #COVID-19  #Vaccines  #vaccine  #Pfizer  #Covid  #Sucre  #MINSA

Oh ya 462 days ago
This is not a vaccine. It has no part of the covid 19 in it. It is a experiment that has never been used on humans before. So dont cry if your body attacks itself afew monthd down the road. Just admit you were stupid and are now paying the price
View all comments (1)Add comment