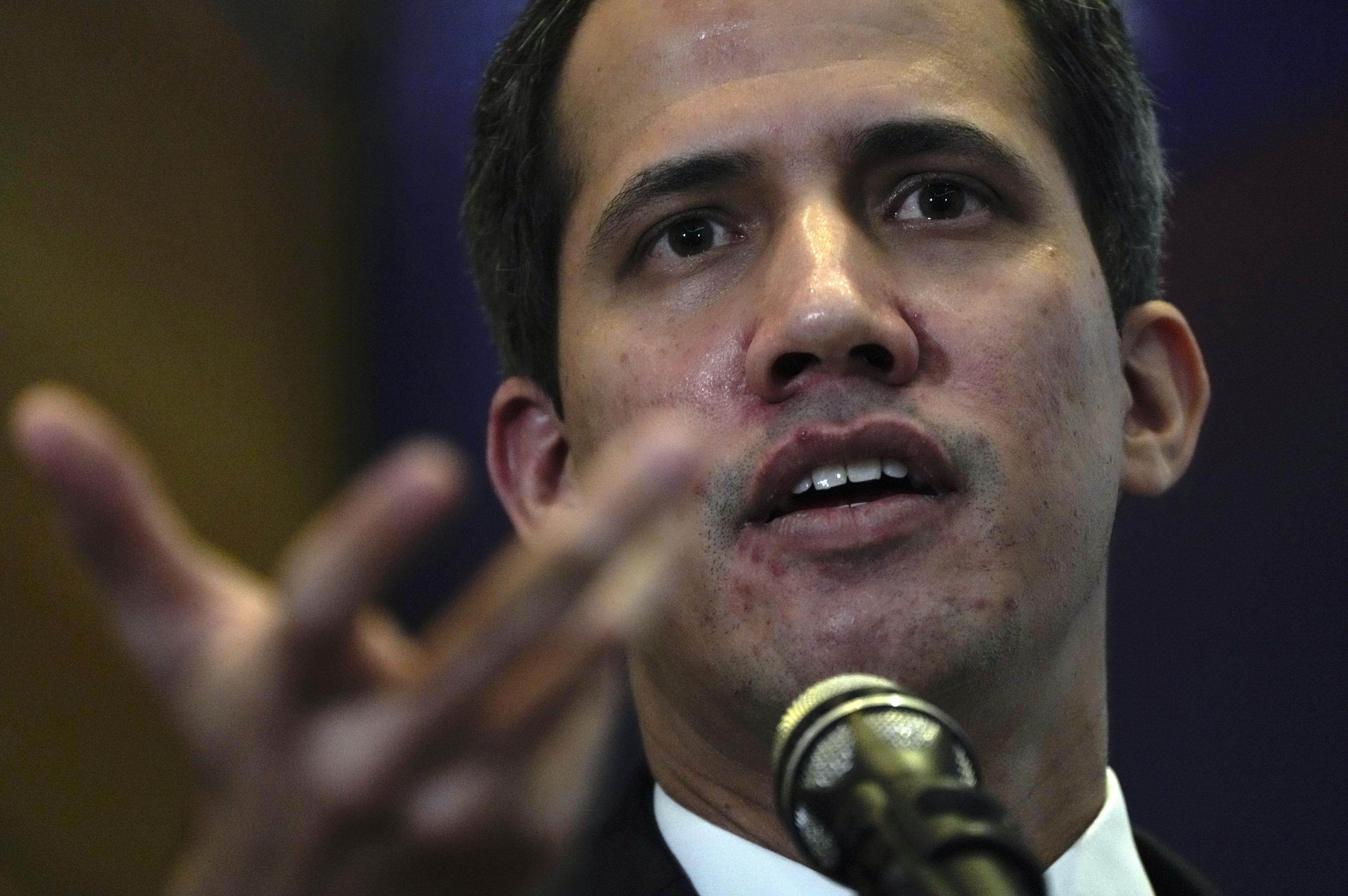 Venezuelan US-backed opposition leader Juan Guaidó gave a quasi-state of the nation address Friday, offering a broad accounting of millions of dollars under his control and taking credit for social programs benefiting people across the troubled South American country.
Guaidó said the parallel government he established three years ago has spent at least $130 million, with about $70 million going to social programs including assistance for oncology and other health treatments. While he presented a balance, his address appeared to double as a campaign speech from a candidate seeking another chance from disappointed constituents and attacking an opponent.

“Today, the first thing I must say, what I am saying in this balance sheet, is that we owe a debt to Venezuelans, and I must say even to the region, in this fight for democracy,” Guaidó said to those gathered in a meeting room in Caracas, which included diplomats from Germany, France and the Netherlands.

The event was framed as an exercise in democracy to be contrasted with the secrecy that shrouds the government of President Nicolás Maduro, whom Guaidó had promised to topple with the help of allies but has failed to do so. The meeting room that hosted the event was decorated with enlarged photos of him walking at the White House with former U.S. President Donald Trump and engaging in conversations with French President Emmanuel Macron, Prime Minister of Canada Justin Trudeau and former United Nations High Commissioner for Human Rights Michelle Bachelet.

Guaidó, 39, declared himself Venezuela’s interim president in January 2019, arguing that in his capacity as then-president of the country’s National Assembly the constitution allowed him to form a transitional government because Maduro had been re-elected in a sham vote in late 2018. Dozens of countries, including the U.S., Canada and Colombia, supported Guaidó’s move and began recognizing him as Venezuela’s legitimate leader.

Under Trump, the U.S. ramped up economic sanctions against Venezuela and granted Guaidó authority to take control of bank accounts that Maduro’s government has in the Federal Reserve Bank of New York or any other U.S.-insured banks.

An account at the Federal Reserve Bank of New York held $342 million that stemmed from a payout seized by the U.S. government from a gold-for-loans deal in 2015 that Maduro defaulted on with the Bank of England.

Guaidó said his government spent approximately $60.2 million in 2020 and about $70 million in 2021. The funds were drawn from a budget of about $242 million cleared for disbursement by the Office of Foreign Assets Control of the U.S. Department of Treasury.

Approximately $19 million went to roughly 61,000 health care workers who received three $100 payments at the height of the pandemic, when the country’s monthly minimum wage, which many earned, was about $2.

In 2020, about $8.5 million was spent by the parallel congress. That number dropped to about $7.4 million the following year.

As he explained the budget and expenses, he also issued a warning to Venezuela’s creditors, telling them that their lobbying efforts focused on getting the U.S. to lift economic sanctions is not the appropriate route to recoup their money.

“A message to the creditors with whom Venezuela has debts today: Look, there are not that many assets in Venezuela to be able to pay all those debts. That is the truth. At the current rate of production it would be years,” Guaidó said. “The best way to return to renegotiate healthily with Venezuela, with legal certainty ... is once again democracy in Venezuela.”

Guaidó said the parallel government has faced more than 200 legal disputes between trials and arbitration in which $41 billion are at stake.

Many of the images that accompanied his presentation showed streets full of people whom he once managed to draw out to protest against Maduro. But support for Guaidó has decreased significantly.

The speech Friday came as he continues to promote the use of a primary election to determine which opposition candidate will face off with Maduro in the presidential election that should take place in 2024. Some within the opposition had been calling for increased transparency from the parallel government.

“He needs to show that his approach to managing funds is different from the corruption and graft that is so common from the Maduro government,” said Geoff Ramsey, director of Venezuela research at the U.S.-based Washington Office on Latin America think tank. “The most significant aspect of this speech is the fact that Guaido is now open about the fact that the Venezuelan opposition has modified its strategy to reflect the reality that Maduro remains in power.”
#Donald Trump

Oh ya 144 days ago
Yup the US sticking its nose on other country politics, just like Ukraine. And how is that working out for inflation at home and in Europe?
View all comments (1)Add comment