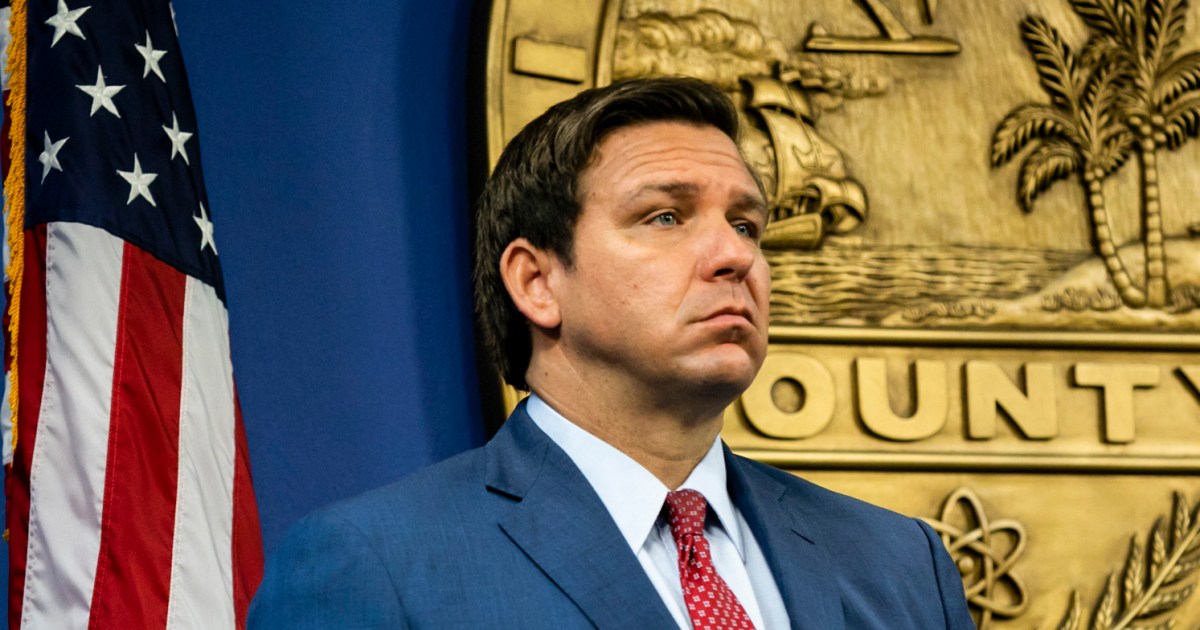 Now DeSantis and his fellow Republicans in the Florida Legislature are ready to make the company pay for it.

In a surprise move, DeSantis on Tuesday asked the lawmakers to consider eliminating the special taxing district that allows the company to act as a type of local government.

DeSantis in a news conference Tuesday said that, in addition to a new congressional map they're voting on this week in a special session, lawmakers "will be considering termination of all special districts that were enacted in Florida prior to 1968, and that includes the Reedy Creek Improvement District."

Unique in Florida, the Reedy Creek Improvement District in the Orlando area shields Disney from local government regulations and from local property taxes, which could be worth as much as $200 million per year, by one lawmaker's estimate.

Legislators in both chambers predicted the legislation — which could end the 55-year-old taxing district next summer — would pass by Friday. And they acknowledged it was an effort to exact revenge on Disney for its opposition to the law DeSantis signed last month that prohibits classroom instruction around LGBTQ issues.

The prospect of the Legislature taking such a direct shot at Disney, the state’s largest private employer and traditionally one of the most powerful political players in the Florida capital, was unthinkable until the DeSantis era.

“This is a governor who is willing to buck your traditional elite establishment and corporate America,” Florida House Speaker Chris Sprowls said. “And maybe that’s a difference in politics over the last 20 years, but I think that we’re starting to live in this really unique time.”

DeSantis is in a uniquely powerful position as governor. His favorability ratings are so high in the GOP that they rival those of former President Donald Trump's in Florida, according to polls. If Trump doesn’t run for president in 2024, polls suggest, DeSantis is well positioned to be his heir apparent in two years as an early front-runner for the Republican Party's nomination.

In a sign of his political clout, DeSantis had already forced legislators back to Tallahassee this week for a special session to rubber-stamp a proposed congressional map he drew after vetoing maps drawn by the Legislature — both unprecedented acts for a Florida governor.

Democrats like Dan Daley, a South Florida representative, said the Disney legislation was a "distraction" from real issues.

"We should be fixing property insurance, but instead we're in a pissing match with Disney and passing the governor's unconstitutional maps," Daley said.

"I don't think we as a state should be vindictive and say, 'Hey, whenever we don't like what a company does that we should take away anything we've done for them in the past,'" Daley said.

In between the two sides are Floridians like author and humorist Carl Hiaasen, a fierce critic of both DeSantis and Disney who lambasted the company — including the Reedy Creek Improvement District — in a 1998 book called "Team Rodent: How Disney Devours the World."

"The problem with this political pissing match is you don't know who to root against: DeSantis or Disney?" said Hiaasen, who reserved more criticism of DeSantis for picking "fake fights" because he's interested in running for president.

The just-ended regular lawmaking session was a showcase for DeSantis’s conservative politics and his knack for outraging Democrats and snagging national headlines. Central to the session’s drama was the Parental Rights in Education act, which critics dubbed the "Don’t Say Gay" bill. It doesn’t expressly prohibit teachers or students from saying “gay,” but it does inhibit classroom discussion of gender identity and sexual orientation, specifically with K-3 students.

When Disney criticized the legislation and called it the "Don't Say Gay" bill in statements, DeSantis began targeting the corporation and criticized the Reedy Creek Improvement District, which was created as a result of a 1967 state law.

State Rep. Spencer Roach, a Republican from Southwest Florida who first raised the issue of ending Disney’s taxing district, said the district has allowed the corporation to avoid as much as $200 million in property taxes that Orange and Osceola counties would otherwise collect. He pointed out that other theme parks in the Orlando area already pay property taxes; only Disney is exempt.

“Disney is the most politically powerful juggernaut in Florida politics,” Roach said. “This is the shot heard round the world.”

The legislation lawmakers are expected to approve does not specifically single out Disney.

Instead, it eliminates five “independent special districts” in Florida — unless the Legislature reauthorizes them by June 1, 2023. However, four of the five districts are expected to have no problems continuing to exist due to the vagaries of state statute and the way the legislation is written. Reedy Creek, however, faces higher hurdles. And that puts the onus on Disney to come back to the Legislature and DeSantis to avoid losing the tax district status.

Legislators also plan to eliminate a 2021 exemption, which Disney privately lobbied for, in a so-called Big Tech censorship law that DeSantis sought.

State Rep. Randy Fine, who is sponsoring the legislation, tweeted Tuesday after DeSantis’ announcement that “Disney is a guest in Florida. Today, we remind them.” He said he planned to file a bill “which eliminates Reedy Creek Improvement District, a 50 yr-old special statute that makes Disney to exempt from laws faced by regular Floridians.”

Earlier this month, DeSantis had hinted that he wanted to do away with those protections, saying he doesn’t “support special privileges in law just because a company is powerful.”

“Someone said Disney has all these special perks,” DeSantis said. “Should you retaliate against them for them coming out and demagoguing this bill? I don’t believe you ‘retaliate,’ but I think what I would say is, as a matter of first principle, I don’t support special privileges in law just because a company is powerful, and they’ve been able to wield a lot of power.”
#Donald Trump
Add Comment