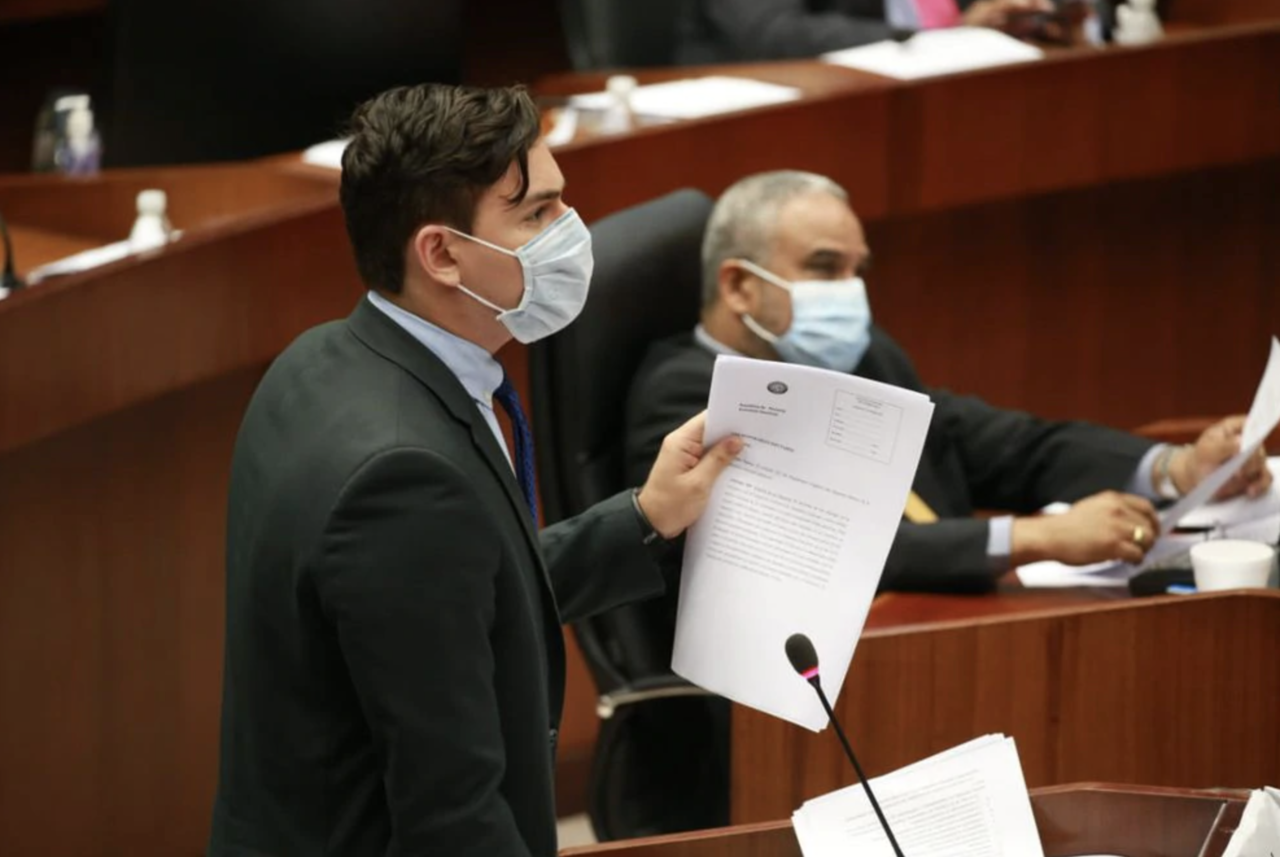 Deputy Vásquez: "we cannot deal with an incapable and lying government"

Juan Diego Vásquez, deputy head of the independent bench, questions on a Twitter video the management that the government of Laurentino Nito Cortizo has had in the health and economic crisis caused by the Covid-19 pandemic.

The deputy speaks of "lack of leadership" in the management of economic, educational, and health measures, which have been taken after 90 days of the arrival of the virus in Panama. He states that the pandemic has generated more concern and doubts for citizens, since the Executive "has failed to play its role of directing the country's destinies."

In his opinion, there are lies and lack of leadership on the part of the Government with the construction of the modular hospital to serve coronavirus patients. He refers to the scandals caused by the purchases made by the Executive, he mentions the failure to fulfill the promise of the call for extraordinary sessions to discuss the moratorium law and economic aid for citizens.

He affirms that he hopes that the Government will get up, prepare work plans, and say: how are we going to get out of this in health, education and socioeconomic matters? “No one can stand this. Silence and corruption ... there are no clear plans. It has gotten us very worried. Enough with the lies. We can deal with an incapable government, but not with an incapable and lying [government]," he says.

In his opinion, the country is being left "with billions of foreign debt and that, to date, it has not been explained what it is going to be invested in." He also talks about the increase in the cases of Covid-19 and the "accelerated" fall of the economy. "It seems that only unemployment, laziness and inequality will reign in Panama," he warns.


In addition to this situation, according to Vásquez, the "solidarity" economic support promised by the Government to the thousands of citizens who lost their jobs or suspended their contracts in the midst of the pandemic, has not reached everyone. And that this aid is "insufficient" for those who have received it. This, he says, widens "the inequality gap" and allows politicking and patronage to return to the most impoverished communities.

Vásquez, one of the six deputies from circuit 8-6, (San Miguelito), also questioned the management that the health authorities have given to coronavirus cases in his area. Most of the cases, he says, are under house quarantine, which in his opinion generates more contagions directly or indirectly.