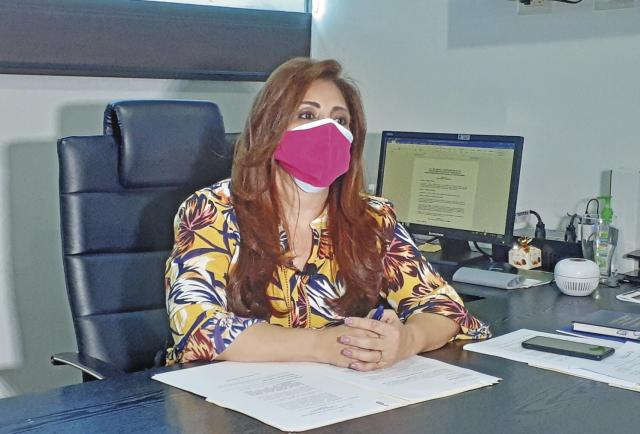 Deputy Corina Cano: 'Abortion is a business and that is not a secret to anyone'

The deputy considers abortion as an attempt on the life of a pregnant person. For her, the legalization of this practice is not an option for Panama

A few days after abortion was legalized in Argentina, a fact that impacted Latino society and that in our country has caused countless reactions on social networks, we spoke with the deputy. Although the subject promises an interesting debate in society, Cano does not justify her discussion when there are so many outstanding debts with Panamanian society.

Of course, she does not agree with this practice, which she considers an attempt against a life in pregnancy, of a baby who has no voice. For her, abortion is not an ideological issue, much less religious. It is simply a right to life, with which some profit and have even turned into a business.

Being one of the people who watches over the life of the baby's identity, what do you think about abortion?

We must take into account that our Constitution and laws, including the recently approved early childhood regulation, consider the protection of prenatal life.

How much can the religion of a country influence the decisions of its citizens?

I think that it should not influence my thoughts or the way I defend the right to life. We do not contemplate, under any circumstances, that abortion is a human right. Abortion is a way of going against the life of a person who is in gestation.

There is a confusion regarding abortion. It is not a religious or ideological issue. It is an issue of the human right to life, in which we must not confront the strongest with the weakest ... it is an issue in which we have to defend the right to life of the most vulnerable, which in this case is an unborn baby, who has no voice. But those of us who are part of pro-life movements are clear that social justice is focused on defending the right to life.

There is a confusion regarding abortion. It is not a religious or ideological issue. It is an issue of the human right to life, where we must not confront the strongest with the weakest.

Do you think that the legalization of abortion does not increase the possibility of interrupting the pregnancy, but rather that it takes care of those who do it?

How is abortion regulated in the country?

The Penal Code criminalizes abortion. That is not an issue that I am establishing, but it exists in the Penal Code. In the first chapter of crimes against human life provoked abortion is contemplated. From article 141, it is established that the prison sentences range between 1 and 8 years and have some aggravating factors. But, article 144 of the Penal Code clearly establishes the causes for which the indicated penalties are not applied. For example, if the abortion is performed with the consent of the woman because the pregnancy is the product of carnal rape. Obviously, the case has to be duly accredited through a complaint that the woman has to present in order for the abortion to be authorized.

The other cause established by the Penal Code is when the life of the woman is threatened, that is, the pregnancy endangers the life of the mother. Here you need an evaluation of the doctor who is treating the person to determine that the pregnancy threatens the woman. These are the cases where the penalty is criminally excluded.

Why do you think the decriminalization of abortion should not be made more flexible?

I should point out that there is no reason to change what is related to abortion. I want to make it clear that so far in the National Assembly there is no project that tries to promote abortion in Panama. If other countries are in the middle of a pandemic referring to this type of legislation, then Panama does not have it on any political agenda. I repeat: in the National Assembly there is no legislative initiative in that sense.

What I can tell you is that any debate related to abortion is a tragedy for the person who is thinking of having it, because nobody is happy to do it. It is a tragedy for the State because it shows the failure of public policies, because we are not talking about prevention, about containment, we are not talking about sexual and reproductive health.

To speak of abortion is to attempt against the life of a human being. So why are there countries that start from a tragedy when we really have to focus on care and prevention at all levels? Therefore, a discussion of the subject is not justified when there are outstanding debts with all sectors of society.

What motivated you to present the baby identity project?

Because it is a matter of social justice, an outstanding debt that we have with mothers, who demand the recognition of society of that baby who died in the womb.

We consult different sectors about this project. The only thing this law seeks is that the mother who wishes and, I want to emphasize on this, voluntarily register the name of her baby in the civil registry, can do so.

Many people who even opposed the project realized that it was important to give that option to the mother whose child dies in the womb.

Other countries, for example Chile, approved the project to register the baby who dies in the womb. We join this campaign called "your name is my memory", because all we are looking for is that that mother, who has pain in her heart, whose baby has not been recognized by society, be registered.

That is what this project is about, that that mother has the opportunity to register the name of her baby and that she can have a certification from the civil registry. That is personal. But if the person does not want to do it, then the law contemplates the possibility of not doing it. This project has nothing to do with abortion or what is contemplated in the Penal Code. It is totally independent.

Unfortunately, those who would like abortion to be regulated in the country are the only ones who have come to tell me that the project has no place. However, most of the opinions that reached us at the Women's Commission were in favor.

What is the future of this project?

It was approved in the first debate. It is pending discussion in second debate. We hope that this year we can discuss it and that it is sanctioned by the president.

I think no. Argentina is not a reference country for Panama. This is not the first time that this discussion has occurred in Argentina. This is the third or fourth time abortion has been discussed in the South American country. I was very surprised by the result of the vote, because pro-life movements had always been heard at the level of society. But I must point out that it is not a reference, it does not influence public policies, which have so far been generated in the country. I repeat, I think it is not influential.

Are there strong social movements that promote this practice?

Lynne 117 days ago
I want to see you stand your ground against killing babies when Bill Gates offers you a bunch of cash to change your mind. I hope you are strong enough to resist.

Oh ya 117 days ago
That's why being a Democrat sucks, they love killing babies, they are all for planned parenthood. They think you can never kill too many babies. Eternity in hell is their future
View all comments (2)Add comment