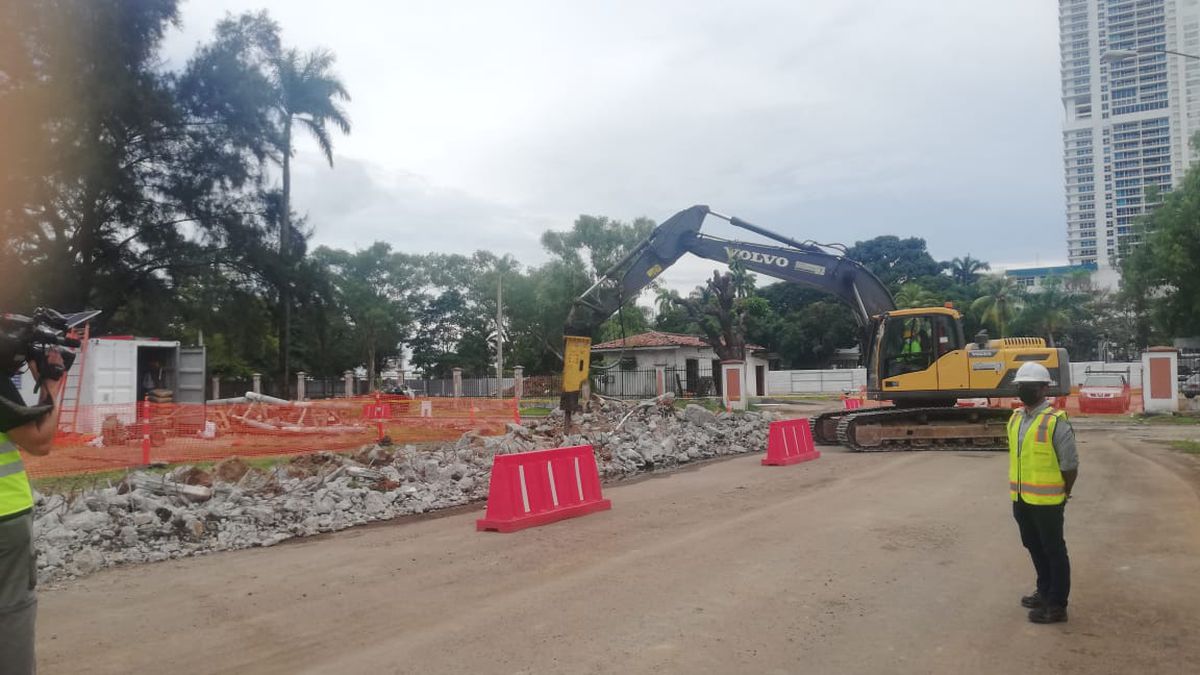 The new Children's Hospital will be built in the area where the National Biological Depository was located.

This Wednesday began the demolition work , enclosure of the space, earth movement and the breaking of streets and sidewalks, in the area where the construction of the new Children's Hospital will take place.

This is the place where the National Deposit of Biologicals was previously located, which functioned as the headquarters of the Expanded Program on Immunization (EPI).

As part of the start of the demolition, the Minister of Health, Luis Francisco Sucre; the director of the Children's Hospital, Paul Gallardo and Maximiliano Muñoz, director of construction in Panama for the Spanish Consortium Acciona Construcción SA responsible for the work, made a visit to the site.

“We are doing our first inspection, our first tour, seeing that things are already moving forward. Eager to have this structure for all Panamanian children as soon as possible, ”said Minister Sucre.

The demolition work began after an agreement was reached on September 3 for the proper use of the hospital parking lots and the gardens of the Santo Tomás Hospital, which are historical heritage.

It is worth mentioning that in February 2021 the Office of the Comptroller General of the Republic endorsed the contract for the construction, equipment and maintenance of the new structures that will house the facilities of the Hospital del Niño Dr. José Renán Esquivel.

This project was awarded to the Spanish Consortium Acciona Construcción SA for an approximate amount of 443 million 899 thousand 482 dollars and the work must be completed in a period of four years.

The Medical Director of Hospital del Niño, Paul Gallardo, indicated that the new Hospital del Niño will have a capacity for 476 beds and will have greater technology, biosafety and quality not only for patients but also for employees.

"The capacity of the new hospital will be enough to work in the next 50 years, based on population growth and the structuring of the primary health care network," Gallardo said.