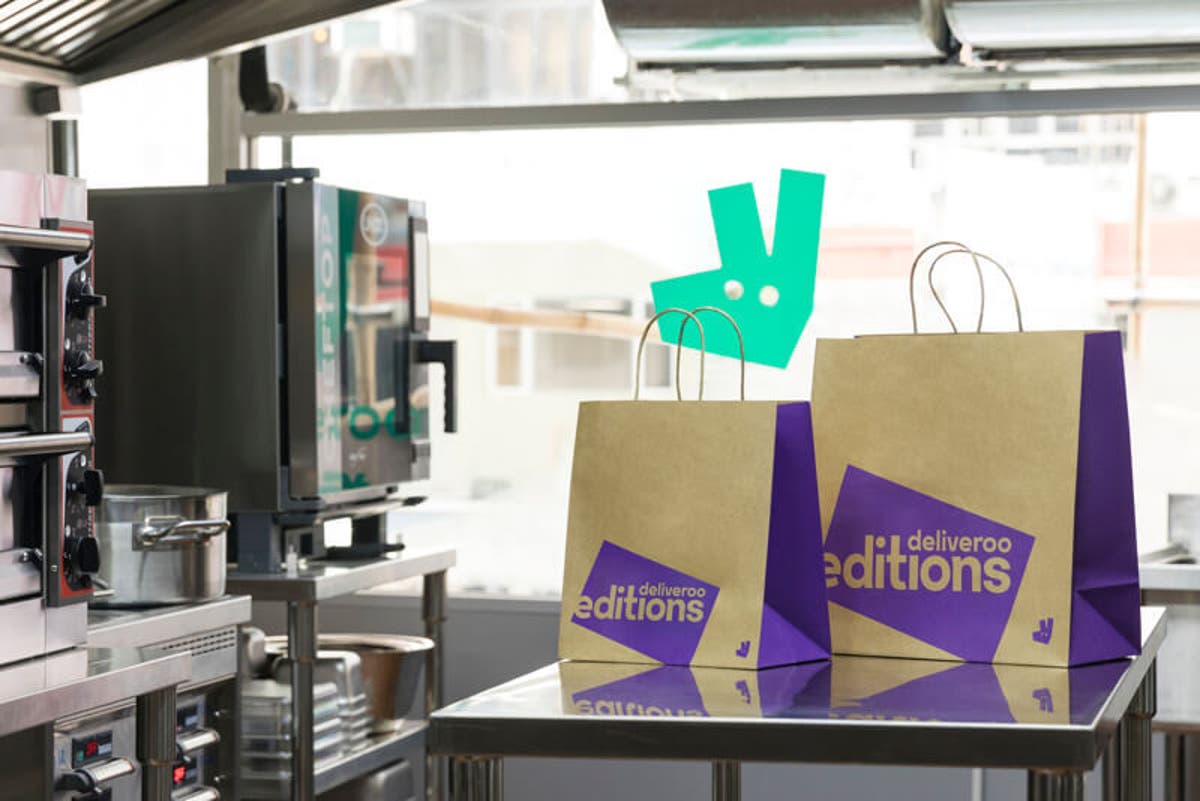 The food delivery firm, which went public in March, partners with restaurants to operate so-called "dark kitchen" sites - spaces for chefs to prepare takeaway meals only, rather than dishes being delivered from normal restaurants also offering food to-go - for its Editions offering.
A trio of new sites opened today in Acton, Brent Cross and Dulwich, Deliveroo said.

Deliveroo launched its first delivery-only kitchens in 2016 and now has sites across the UK, including in London boroughs, Manchester, Leeds and Brighton.

The company said the latest openings are part of a plan to grow the Editions service and "roll out more sites across the country".

Dark kitchens are often located in former industrial areas or car parks, and a global boom in demand for such sites has become a lucrative business for the likes of Miami-based giant Reef Technology.

Deliveroo CEO and co-founder, Will Shu, said he hopes the model's rollout helps "restaurants recover from the pandemic and drive growth".

Rory Scallan, Head of Commercial for Five Guys, said operating from the kitchens will allow the chain to reach new customers. "Our delivery sales and partnership with Deliveroo has grown throughout the pandemic and we’re excited to see how the Editions kitchens can further strengthen this," he said.

Food delivery firms and takeaway giants including Just Eat, Uber Eats, Deliveroo and Domino's all saw demand boom in lockdowns since March 2020. The latest openings come just as Londoners may be about to return to living under more restrictions after Christmas.

The Deliveroo Hop service, launched with Morrisons, promises to deliver "in as little as 10 minutes".
Add Comment