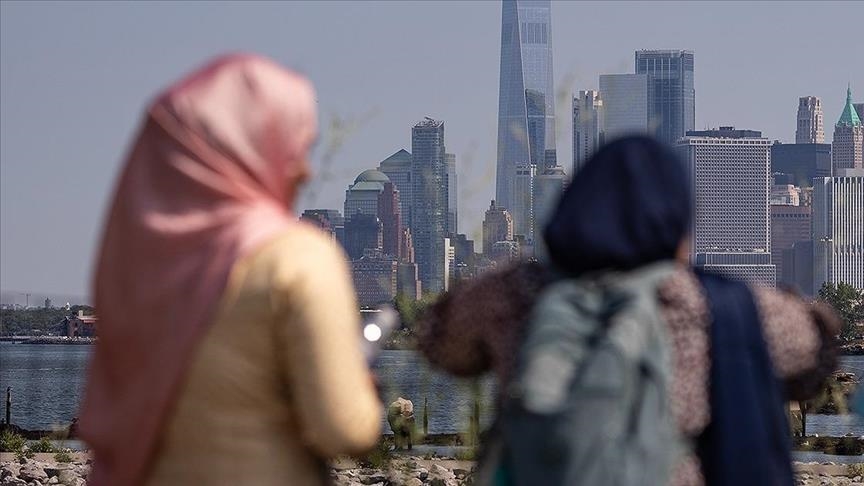 Decades after 9/11, Muslims battle plague of Islamophobia in US

Commemorations for the Sept. 11, 2001, terror attacks remain an important part of US history, but for Muslim-Americans, post-9/11 ramifications of Islamophobia have bled deep into the fabric of American society more than two decades later.

“Muslims continue to be the target of hate, bullying, and discrimination as a result of the stereotypes that were perpetuated by Islamophobes and the media in the years following the 9/11 attacks,” said Hussam Ayloush, executive director of the Los Angeles chapter of the Council on American-Islamic Relations (CAIR-LA).

He said organizations like CAIR have helped make “tremendous strides” in countering narratives perpetuated by organizations and individuals who benefit from Islamophobia, but there is still “misinformation that fuels hate being spread online.”

“This misinformation can then be perpetuated within school curriculum that isn’t properly vetted, within the workplace, and within government policies,” Ayloush told Anadolu Agency via email.

“As a result, 21 years after the attacks, Muslims continue to face the threat of targeted violence and are working to amplify narratives about Muslims that are authentic and accurate to counter the spread of misinformation.”

According to FBI statistics, hate crimes against Muslims skyrocketed immediately after 9/11, rising 1,617% from 2000 to 2001, marking some of the highest numbers of Islamophobic hate crimes ever seen in America.

After the attacks, Ayloush explained, there was “a perfect storm of the American people and its government needing a common ‘enemy,’ the multimillion-dollar Islamophobia industry, the military-industrial complex, and the growing threat of white nationalism.”

“These factors combined created a volatile environment for Muslims and anyone else perceived as ‘other.’ The unfortunate reality is that there are people and organizations that benefit from perpetuating Islamophobia, bigotry, and war,” he said.

Islamophobia, which is defined as the dislike of, or prejudice against, Islam or Muslims, still remains prevalent in the US.

“Jewish (60.7%) and Muslim (61.7%) are over twice times as likely as Christians and US adults overall to say they have been subject to verbal insults due to their religion,” Jamal told Anadolu Agency.

According to Jamal, just over 80% of Muslims reported that “others assumed things about them due to their religion,” while 21% of Muslim adults reported police harassment – about five times the percentage found among the next highest group.


She said the numbers related to discrimination against Muslims are alarming and show just how much Islamophobia has increased in the US over the past several years.

“For Muslims, scores on the Islamophobia Index have increased from 18 in 2018 to 26 in 2022,” she said, referring to an August report by the Institute for Social Policy and Understanding.

However, CAIR-LA said the statistics are not surprising, considering the current volatile political climate in the US that was perpetuated by former President Donald Trump during his term in office.

“Trump’s presidency normalized being an anti-Muslim bigot. He made it socially acceptable to be overtly anti-Muslim,” said Ayloush.

“Besides constantly retweeting anti-Muslim rhetoric from Islamophobic entities from his now-permanently suspended Twitter account and stating during his campaign that he thinks ‘Islam hates us,’ he also made multiple xenophobic commentary and policies about Muslim immigrants and refugees. And his administration pushed forward anti-Muslim policies ... with very little regard to their discriminatory intent.”

An action that “spoke louder than his Islamophobic words was the Muslim Ban, which banned travelers from several Muslim-majority countries from entering the US,” Ayloush said.

“Although the current administration overturned the ban, we are still dealing with the ramifications of it to this day with many families still being separated,” he added.

“The most blatant falsehood to arise from the response to the 9/11 attacks is the idea that Muslims are somehow more prone to violence than other groups or religions,” said Ayloush.

“This dangerous and inaccurate ideology portrays Islam’s more than 2 billion followers in a way that ultimately dehumanizes them. Even worse, it has led to government policies and law enforcement practices that surveil the Muslim community.”

Other prevalent stereotypes against Muslims, according to Jamal, include: “Muslims discriminate against women, are hostile to the US, are hostile to Jews and Christians, are less civilized than other people, are partially responsible for acts of violence carried out by other Muslims, are trying to supplant the US Constitution with Sharia (Islamic canonical law based on the teachings of the Quran), and are against religious freedom.”


“Islamophobia does not exist in a vacuum. Muslims are unfortunately not the first, and they sadly will not be the last, group that faces hate and discrimination in the United States,” said Ayloush.

“Our country has a long history of dehumanizing and marginalizing various ethnic and religious groups, whether it is directed at the Black, Native American, Jewish, Asian American Pacific Islander or other communities.”

CAIR-LA emphasized that the only way to combat Islamophobia, stereotyping and discrimination in the wake of 9/11 is to address it head-on.

“It is important to hold people who perpetuate racism, bigotry, and xenophobia accountable for their hateful words and actions in all sectors, whether it’s at the border, at the airport, by law enforcement, or by a politician,” said Ayloush.

“It is also crucial that we continue to combat institutional racism and build Muslim political power to influence policy and legislation, as well as work to address Islamophobia at the state or congressional level, whether it’s in the form of bullying, discrimination, injustice at the hands of the government, or FBI surveillance.”

Spreading awareness and promoting education are keys to helping Americans better understand the diversity of the Muslim community in the post-9/11 world.

“By learning and acknowledging our country’s history and its lack of acceptance and tolerance, we can all work to change the narrative,” said Ayloush.

He said people should not “wait for a targeted community to ask for help or wait until we become the target to speak up,” urging them to “become one voice, recognizing, learning from history, and addressing the impact of the damage that discrimination and hate created and work on preventing it.”

“It is important to remember that acts of bigotry do not only reflect on those who commit it, but our reaction to it becomes a reflection of us as a nation. Are we compassionate and justice-driven? Or are we selfish and apathetic?“ he said.

“In the last 20-plus years since that horrific day, we are seeing more and more Americans choosing to stand up for what is right.”