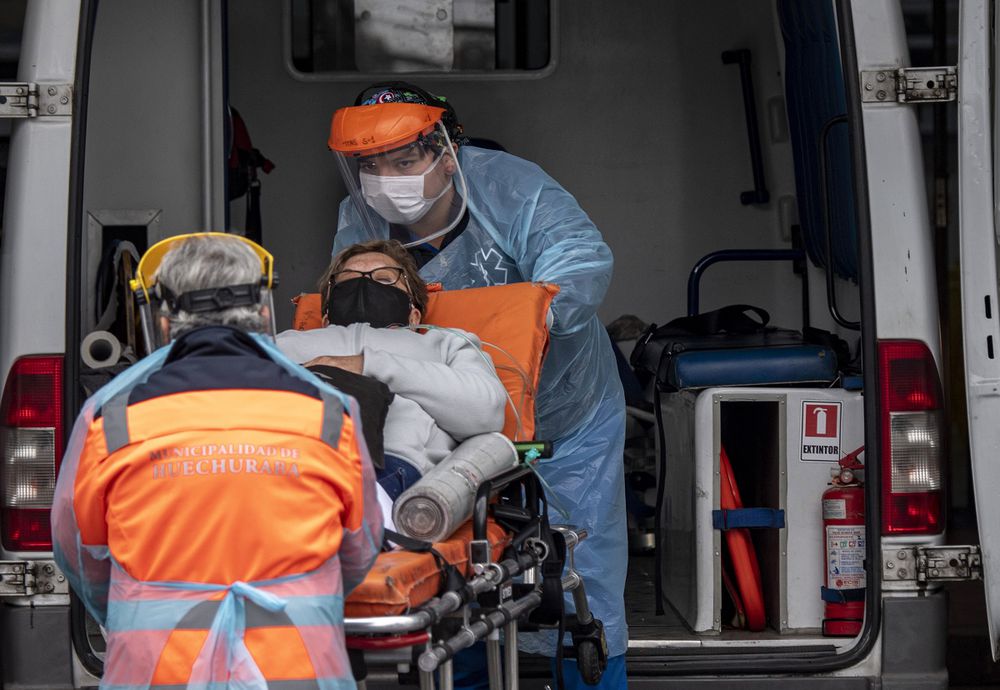 The coronavirus does not give Chile a truce, which this Friday reported 1,448 deaths, an increase of more than 50% in a week, authorities reported.
Three months after the first case registered in the country, the Minister of Health, Jaime Mañalich, reported 4,207 new infections and 92 deaths from coronavirus in the last 24 hours.

In total, the country has registered 122,499 cases since the beginning of the pandemic.

Minister Mañalich indicated that the authorities will investigate several cases of possible deaths by covid-19, to eventually add them to the official list.

The Espacio Público study center estimated that at least 712 deaths attributable to the coronavirus were not counted by the authorities in official reports, because they died without having a positive test for coronavirus in the months of April and May.

The contagion figures in Chile do not budge despite the fact that Santiago, where seven of Chile's 18 million inhabitants live, will enter this Friday in its fourth week of general quarantine.

Despite this measure, it has only been possible to reduce the mobility of the population by 30%, due to the large number of exit permits that are granted and that part of the population of the capital must go out to work because it depends on contracts. precarious or informal economy.

The authorities announced that controls will be increased, because mobility needs to be reduced by at least 50% for confinement to be effective.

They also announced that they will expand their sampling policy and in primary health clinics will begin to perform rapid saliva tests to measure coronavirus infections.

Until now, the country has focused its testing policy on the PCR or swab method, with more than 600,000 examinations taken to date, but which were not enough to detect the large number of those infected.
#COVID-19  #Covid  #Coronavirus
Add Comment