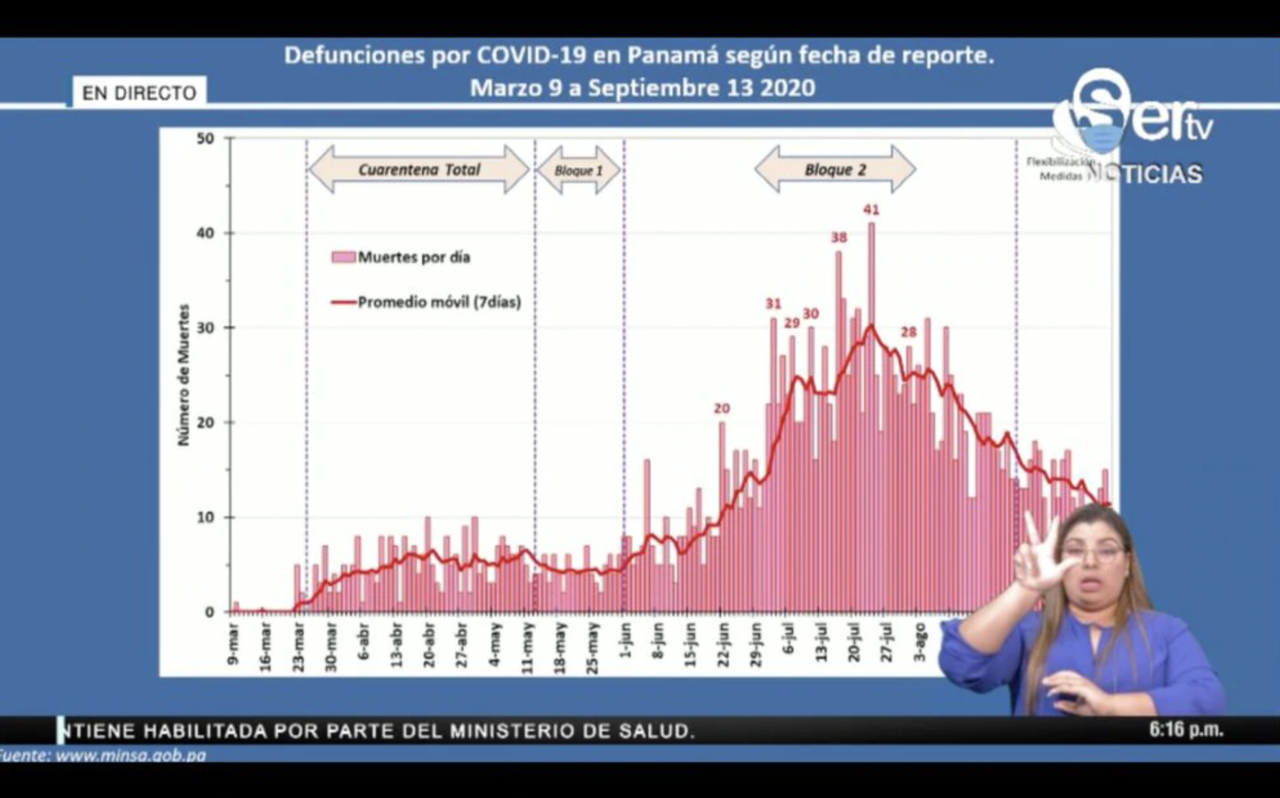 Deaths and new cases of coronavirus in Panama are declining

The Minister of Health, Luis Francisco Sucre , reported this Tuesday, September 15, that for the sixth consecutive week the new cases of coronavirus in the country are on the decline.

That means that we are improving, he said.

In the epidemiological report provided this Tuesday, it is highlighted that the Rt stands at 0.90, despite the flexibility of mobility measures and the opening of economic sectors on August 24. According to the authorities, the ideal number of Rt should be kept below 1.

We have to keep making that effort, Sucre said.

Every time we have fewer deaths in the daily report, explained Israel Cedeño, director of the Metropolitan Health Region.

Cedeño stressed that the cases of hospitalized people are decreasing. To date they report a total of 1,043 patients, of which 892 are in the ward and 151 are in intensive care units.

While Minister Sucre highlighted that Panama is among the Latin American countries with the most tests applied per 100,000 inhabitants: it is in fourth place.

He indicated that at the beginning of August the number of tests per week was 10,000. And as of August 16, they increased to 25 thousand. Despite increasing tests, positivity has decreased, he said.