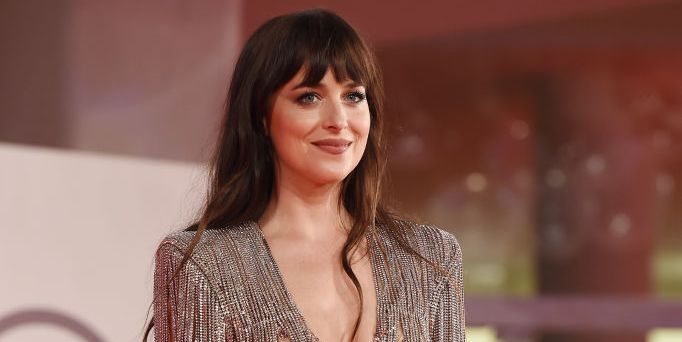 This dress is truly a work of art.

New York Fashion Week may be just days away, but Dakota Johnson set the fashion standard high in Venice for red carpet style this September. The actress attended the Venice Film Festival's premiere of her film The Lost Daughter last night, wearing a sheer, silver jewel-adorned Gucci gown. She wore her brown hair down with her signature blunt bangs. 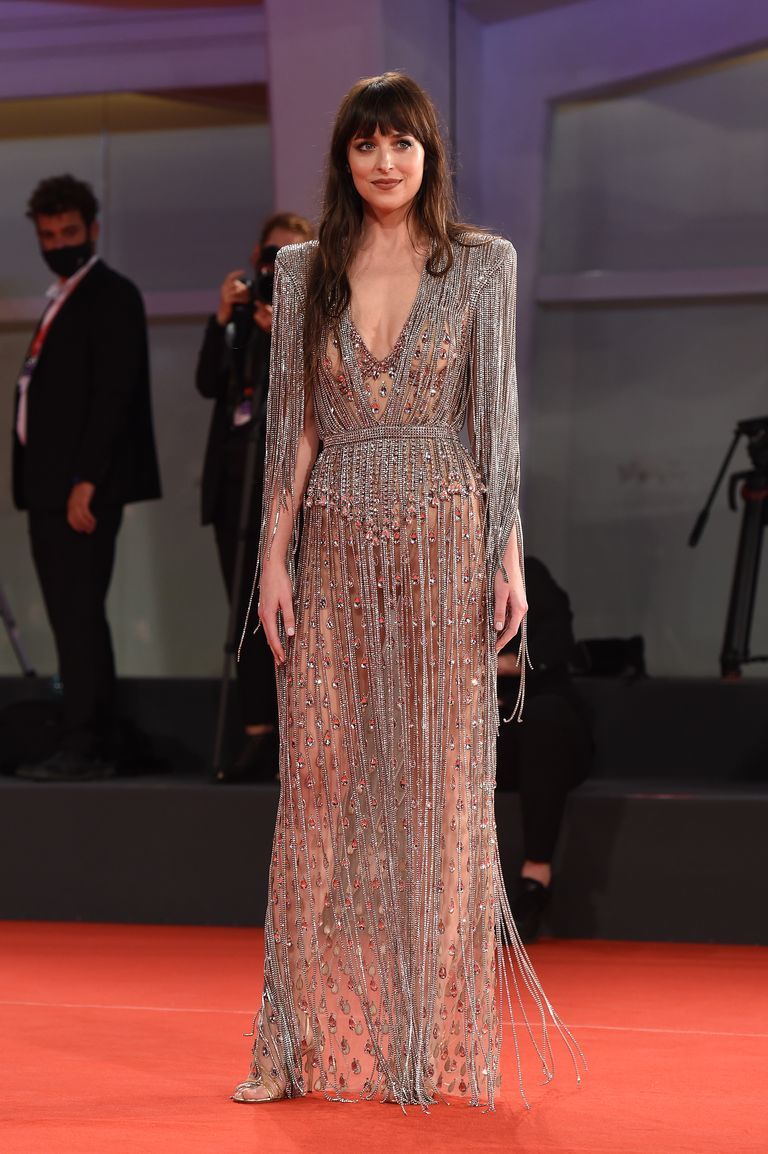 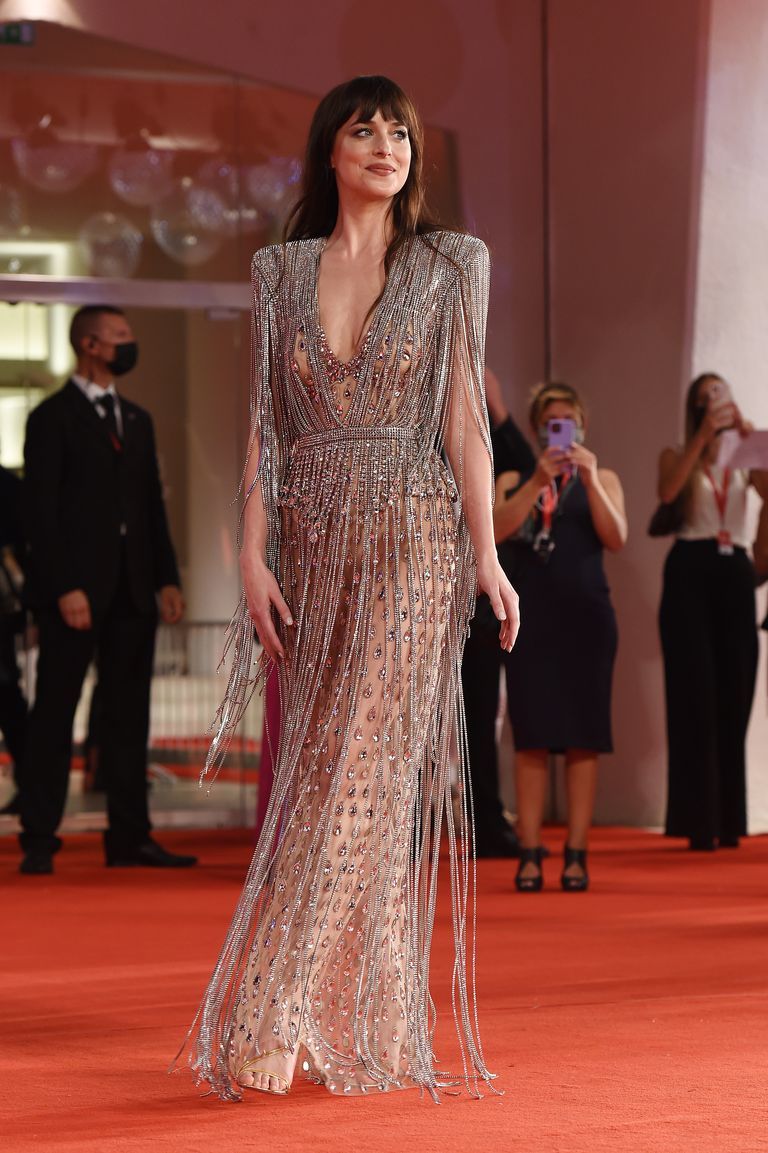 Johnson wore a black Gucci blazer, slacks, and bandeau during a photo call for The Lost Daughter earlier Friday in Venice. 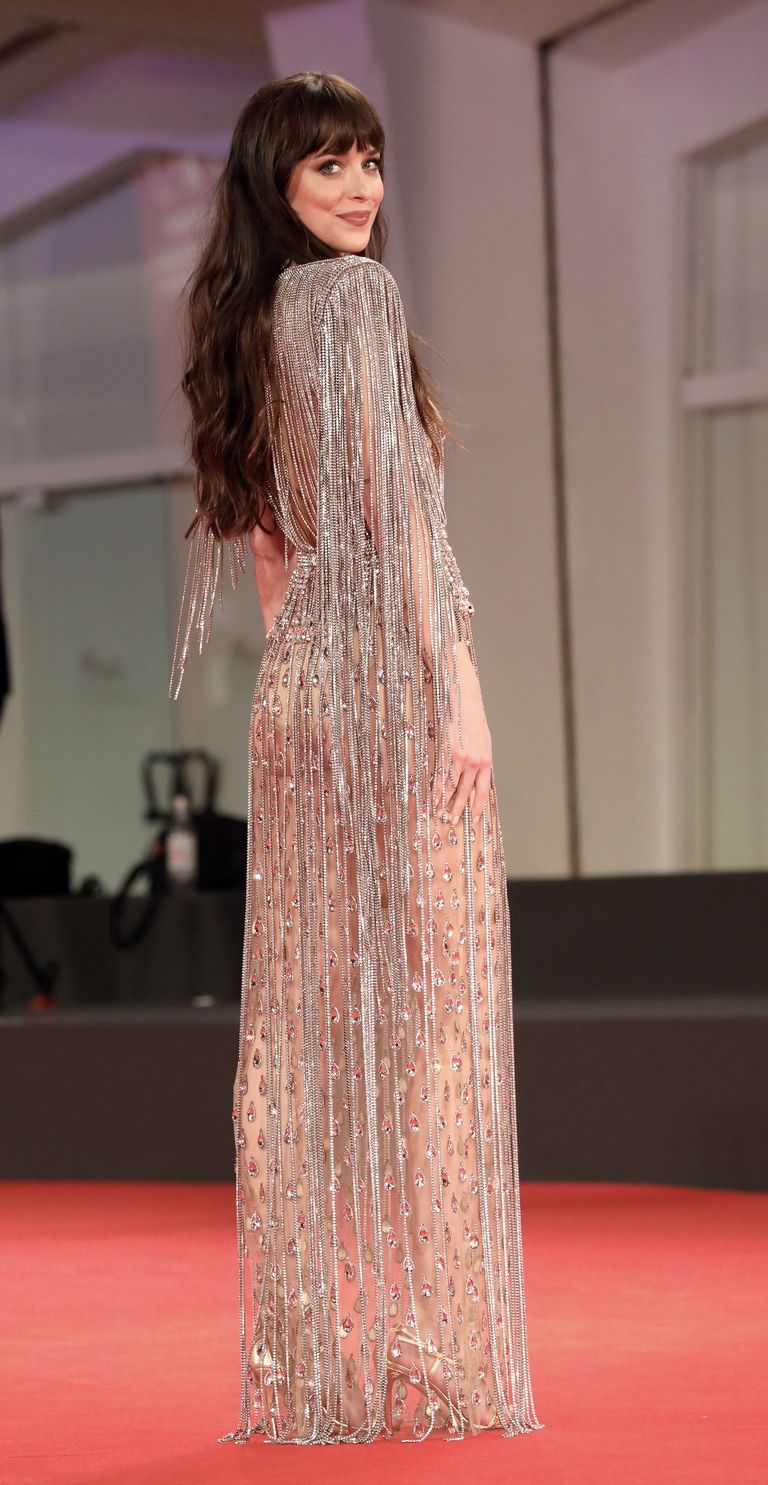 Johnson spoke to Gold Derby in February about how she feels watching her work, especially when there are sizable gaps between when her movies are filmed and released.

Johnson also spoke about creating her own production company, TeaTime Pictures, a year and a half ago and what pushed her to do it. “I really love creating a safe space-a hub for creativity,” she started. “I’ve found that sometimes in this industry, you’re up against people who run shows or studios or sets in a really antiquated way and their mindset about working environments or any kind of inequality or disparity-it just doesn’t work for me and I want to work with great people, I want to make great things and I want to have a really good time and I want everyone to be on the same team and that’s not always the case on movie sets.” 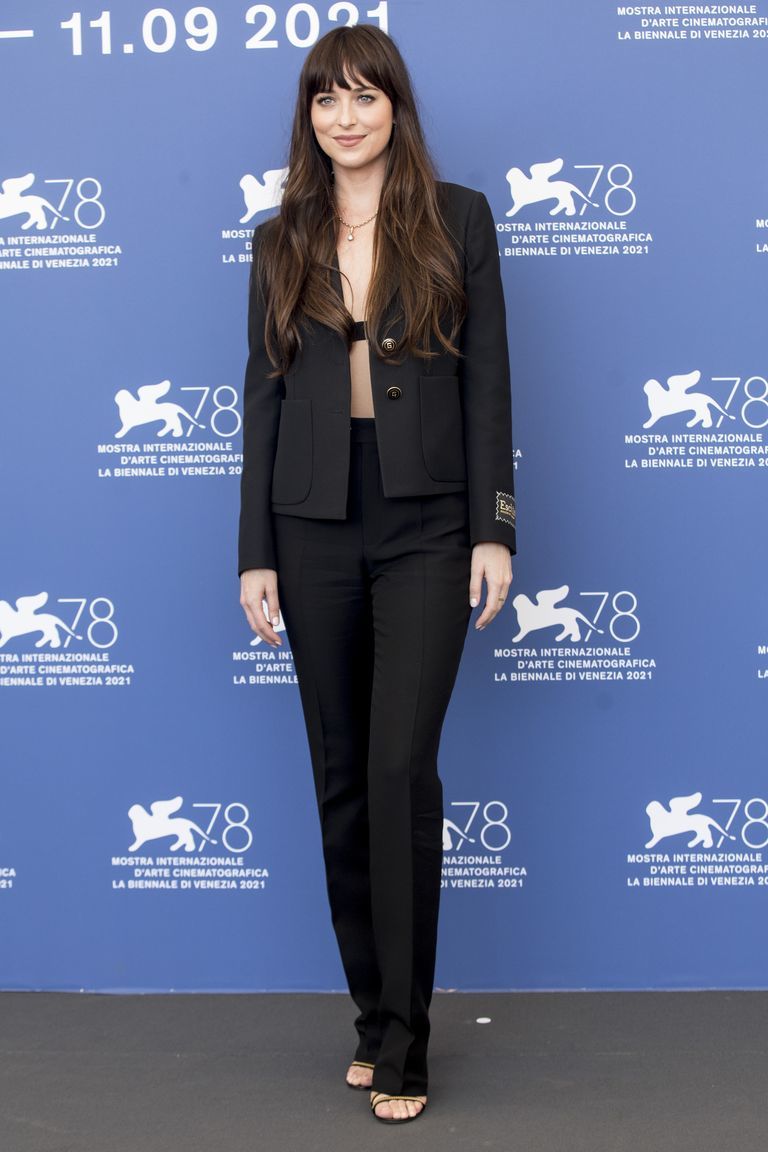