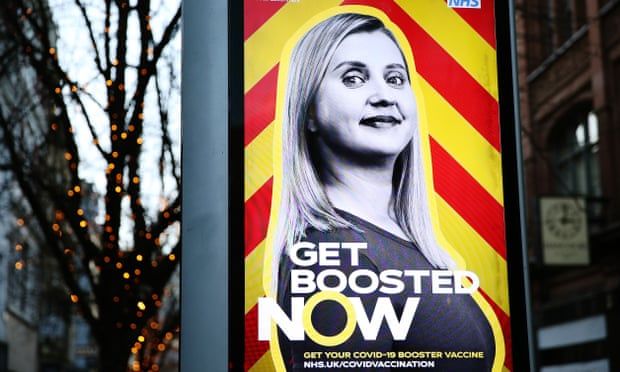 The UK detected 76,807 new Covid infections in the past 24 hours, a 54% drop on the 176,191 cases detected two weeks ago as the record-breaking Omicron wave appears to have spiked.

The UK reported a further 297 people died within 28 days of a positive Covid test on Saturday, 3% up on the 287 deaths reported last Saturday. Over 177,000 people in the UK have Covid on their death certificate, according to the Office for National Statistics, the seventh highest tally in the world. 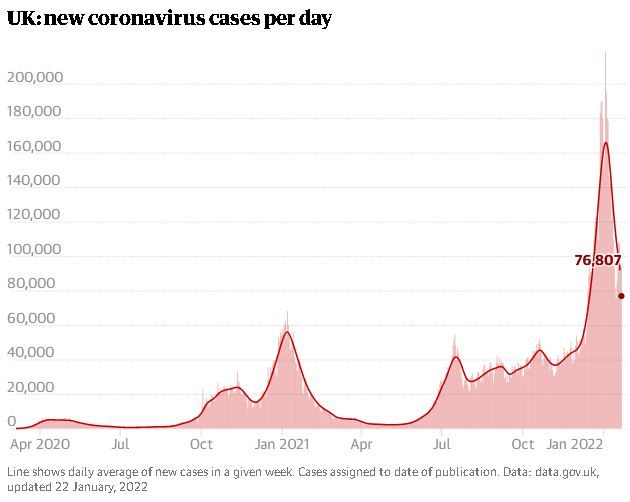 It comes after the health secretary, Sajid Javid, reiterated his message the UK is “learning to live with” Covid. Javid confirmed steps on Wednesday to axe virtually all Covid restrictions in England despite warnings from senior NHS figures it could provoke a resurgent wave.

Javid said: “Our exceptional vaccine rollout means the number of people severely affected by Covid-19 is low, and the UK’s innovation and research has discovered life-saving treatments for those most at risk.”

Ahead of the deadline for England’s NHS workers to be vaccinated or lose their jobs on 1 April, Dr Nikki Kanani, deputy lead for the NHS Covid vaccination programme, said it’s the “duty” of staff to protect patients. Kanani’s comments were made amid protests against mandatory vaccines in London on Saturday. 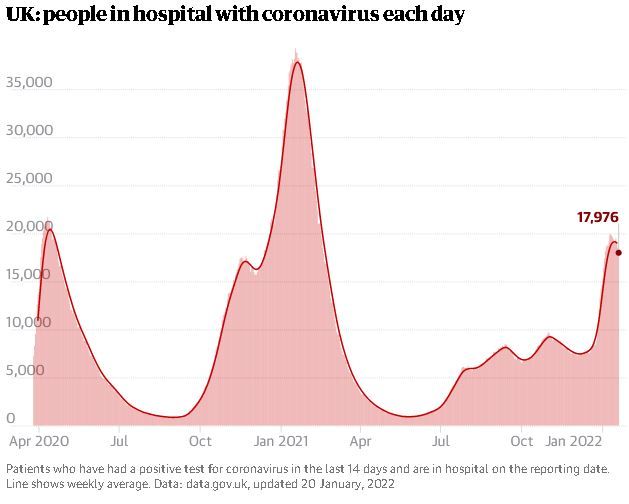 Meanwhile, the UK Health Security Agency (UKHSA) has designated the Omicron offshoot known as BA.2, which has a potentially higher growth rate, a “variant under investigation” – but virologists have said there’s no immediate cause for concern.

The UKHSA’s decision comes as cases of BA.2 climb internationally. Infections from the BA.2 offshoot remain low in the UK but now make up almost half of Omicron cases in Denmark.

The UK has sequenced 426 cases of Omicron BA.2, the UKHSA said on Friday, with the agency investigating the significance of its viral mutations. Early indications suggest an “increased growth rate” than the already highly mutated Omicron BA.1 variant but there’s a “low level of certainty” without further analysis.

UKHSA did not designate BA.2 a “variant of concern,” the highest rank of risk. The UK’s first confirmed case was confirmed by genome sequencing on 6 December.

“So far, there is insufficient evidence to determine whether BA.2 causes more severe illness than Omicron BA.1, but data is limited and UKHSA continues to investigate,” Meera Chand, Covid-19 incident director at UKHSA, said in a statement on Friday.

Chand said it’s natural for viruses to evolve and mutate and the pandemic will continue to see new variants emerge, adding: “Case rates remain high throughout the UK and we must remain vigilant and take up vaccinations. We should all continue to test regularly with LFDs and take a PCR test if symptoms develop.”

London has detected 146 BA.2 cases and south-east England has confirmed 97. In total, 8,040 sequences of the Omicron offshoot have been uploaded to the international GISAID database from 40 countries.

“Initial analysis shows no differences in hospitalisations for BA.2 compared to BA.1,” Denmark’s Statens Serum Institut said on Thursday. The institute added tests on vaccine efficacy are ongoing but “it is expected that vaccines also have an effect against severe illness upon BA.2 infection”.

Tom Peacock, a virologist at Imperial College, said in a Twitter thread, as countries near or pass their Omicron BA.1 peaks: “I would be very surprised if BA.2 caused a second wave at this point.”

Addressing BA.2, Javid said: “Thanks to our world-leading surveillance system we can rapidly detect and carefully monitor any genetic changes to Covid-19.”