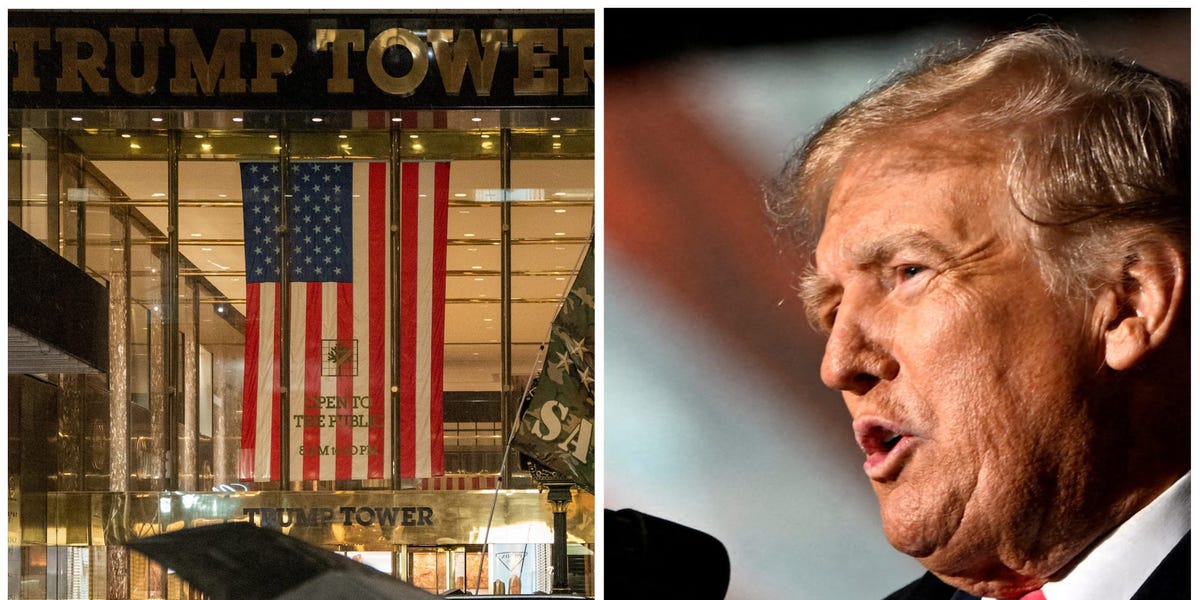 A Manhattan prosecutor went to extraordinary lengths during closing arguments in the Trump Organization tax-fraud trial on Friday, accusing Donald Trump of personally "sanctioning tax fraud" and suggesting his side's own star witness had financial incentive — a potential $500,000 company bonus — to "shade the truth."

"Mr. Trump is explicitly sanctioning tax fraud — that's what this document shows," Joshua Steinglass, one of two lead prosecutors, told jurors, going further in fiery closing arguments than the district attorney's office has ever publically gone toward implicating the former president in a crime.

Steinglass was pointing to a 2012 internal company memo projected onto large screens in the courtroom. 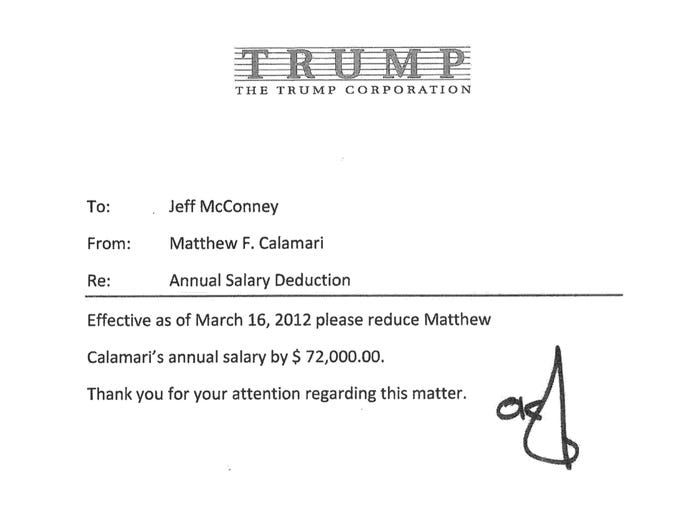 This 2012 memo shows Donald Trump 'explicitly sanctioning tax fraud,' a prosecutor said in closing arguments on December 2, 2022, in the Trump Organization tax-fraud trial.
In the now decade-old memo, Trump signed his first initial, "D," and the word "OK" to approve an "Annual Salary Deduction" of $72,000 for the company's chief operating officer, Matthew Calamari.

Trump's "OK" shows he was well aware, the prosecutor argued, of the tax-dodge scheme at the center of the six-week trial.

Masterminded by ex-CFO Allen Weisselberg, the 2005-2018 scheme let Trump's top-tier executives take chunks of their pay in the form of tax-free perks, including cars and apartments. The value of these perks would often then be subtracted from the executives' actual W-2 forms — in Calamari's case, a subtraction of $72,000.

The defense, meanwhile, has insisted the Trump Organization should not be liable for the scheme, which they say started and stopped with Weisselberg.

The defense has also argued that although Trump signed off on the cars, apartments, bonuses, and other elements of the scheme, he was utterly in the dark about whether his executives were cheating on their taxes.

The two sides have tangled for days with increasing vitriol; the prosecution's "sanctioning tax fraud" claim would be one in a litany of reasons, all rejected by the judge, behind a defense demand for a mistrial.

"I just want to caution you, Mr. Steinglass, not to go too far," the judge said during a several-minute sidebar, outside jurors' earshot.

"This is as far as I'm going," Steinglass answered.

"Remind them again that none of this is offered to in any way put Donald Trump on trial," the judge warned. "He's not on trial."

Trump Org. lawyer Susan Necheles then began arguing with Steinglass over who had interrupted whose summations more often.

"Stop it, Josh," she said. "Come on. Given how much you interrupted me? Judge, we go back to the issue that he just argued Donald Trump was explicitly authorizing tax fraud," she complained.

The prosecutor continued his summations, avoiding further accusations of Trumpian fraud-sanctioning, but insisting again, "this whole narrative that Donald Trump is blissfully ignorant is just not real."

A spokeswoman for the Manhattan DA's office declined to comment when asked why Trump was never charged in the scheme.

Accusing Weisselberg, his own witness, of "shading the truth" on the stand was even more crucial to Steinglass' summations strategy.

New York law requires proof that executives intended to benefit their company, not just themselves. Otherwise, a company cannot be held liable for its executives' wrongdoing.

But Weisselberg repeatedly told jurors during three days on the stand in mid-November that his only intention in masterminding the scheme was to help himself. That left Steinglass on Friday to imply Weisselberg, a less-than-ideal prosecution witness, lied to protect his company and his bottom line.

Weisselberg "has half a million reasons to shade the truth to their side," Steinglass told jurors, a reference to the half-million-dollar Trump Organization bonus that the ex-CFO may or may not get in January, just weeks after the trial.

In the meantime, the former top money man who testified as part of a low-jail plea deal, must subsist on this year's $640,000 salary and $500,000 bonus, again courtesy of the Trump payroll. It's literally a no-show job; Weisselberg has been on paid leave since October.

Trump himself has never been criminally charged in connection with his real-estate and golf-resort empire, though he has been accused of a longstanding pattern of fraud as part of a $250 million civil lawsuit filed by New York's attorney general, Letitia James.

The Manhattan case charges two corporate subsidiaries — the Trump Corporation and the Trump Payroll Corporation, both doing business as the Trump Organization — with scheme to defraud, conspiracy and related tax-fraud crimes.

Jury deliberations are set to begin Monday morning. The subsidiaries face up to $1.6 million in penalties, along with the black eye of felony status, if convicted.