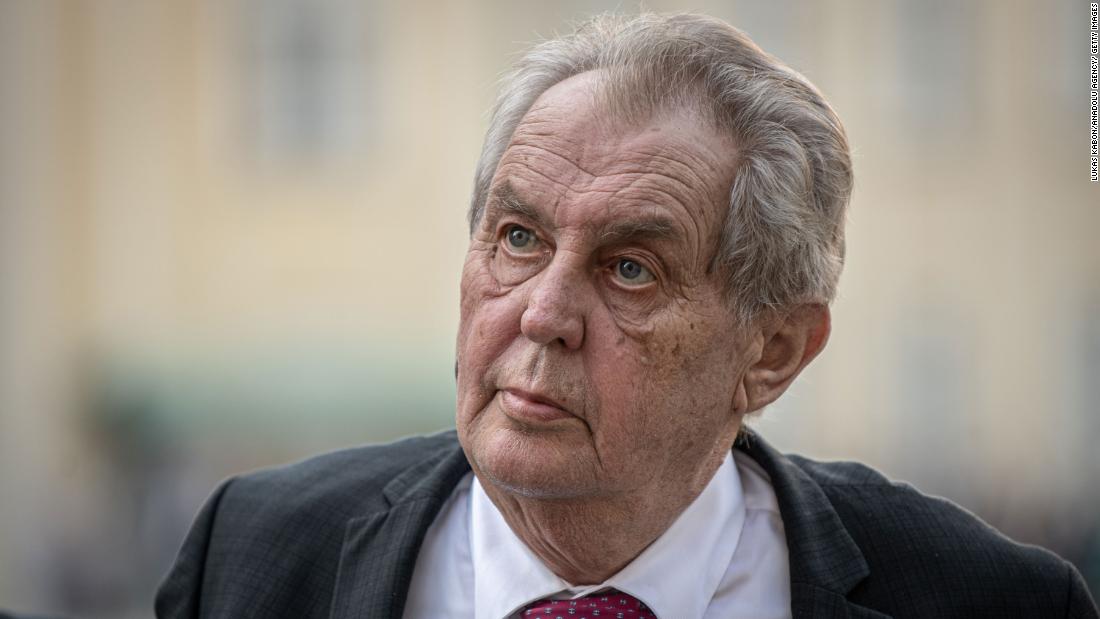 Czech President Milos Zeman called transgender people "disgusting" in an interview on CNN affiliate CNN Prima News on Sunday, during a discussion of a controversial new law in Hungary.
The Hungarian law bans all educational materials and programs for children that are considered to promote homosexuality, gender reassignment and the concept of sexuality deviating from the one assigned to a person at birth. It has been met with fierce criticism from other members of the European Union.

Zeman said interference in internal affairs of any EU member country is a gross political mistake, and he defended Hungarian Prime Minister Viktor Orban. "I do not see a reason not to agree with him," Zeman said.

He later added: "I can understand gays, lesbians and so on. But do you know who I do not understand at all? These transgender people."

Zeman described transgender people as "intrinsically disgusting to me."

Hungary's position has drawn doubts over whether it belongs in the European Union. European Commission President Ursula von der Leyen last week denounced the bill as "clearly" discriminatory, saying "it goes against all the values, the fundamental values of the European Union, and this is human dignity, it is equality, and is the human fundamental rights."

Zeman's comments came as several cities around the world celebrated Pride with parades and marches aimed at gaining visibility for the LGBTQ community and marking the 1969 Stonewall riots.

Prague's Pride festival is planned for the first week of August.

According to ILGA-Europe, an advocacy group, local rights activists fear the Czech Republic could follow in the path of increasingly illiberal neighbors Hungary and Poland. Passage of a marriage equality law has repeatedly stalled in the country, and according to a December 2020 report by the European Commission against Racism and Intolerance, Czech citizens are required to undergo gender reassignment and sterilization as a condition of officially transitioning.
#Viktor Orban
Add Comment