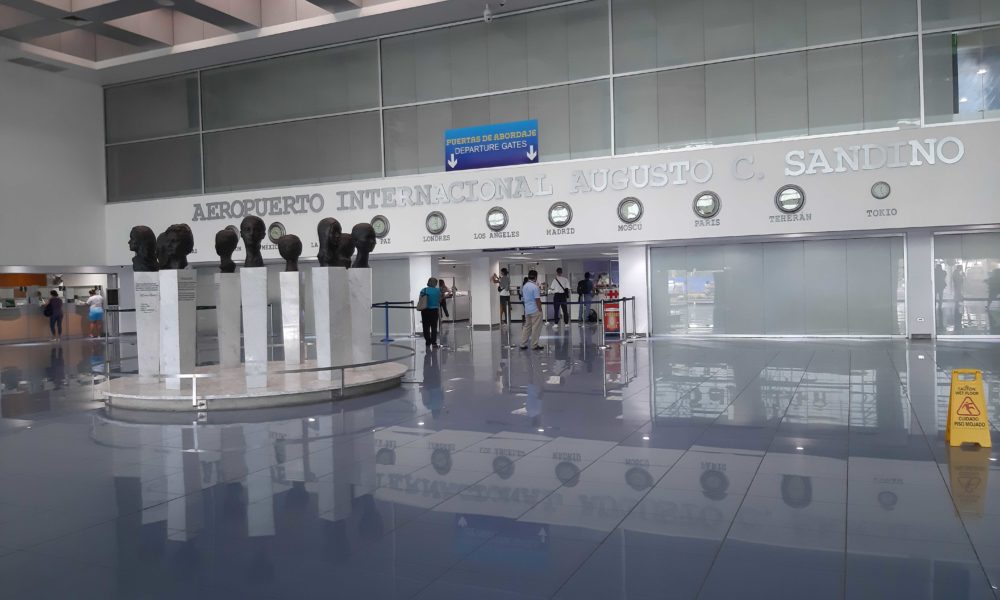 Cubans are Betting Heavy on Nicaragua

Cubans can now enter Nicaragua without a visa and many islanders have opted to fly directly to Managua, as a safer route towards the USA. There’s also now a growing influx of Cuban travelers entering Nicaragua from Panama.

The offer of visa-free entry into Nicaragua for Cuban citizens has motivated thousands of island residents to look towards the Nicaraguan route as the best way to reach the United States. Increasingly, the Ortega regime’s decision has caused Cubans to turn away from the previous option, involving land routes through South America. Instead, Cubans are trying to book limited flights directly to the Central American country.

According to official statistics measuring the number of foreigners entering Panama irregularly through the Darian Gap, 17,603 Cubans have crossed over in this way. The Darien Gap is a 165-mile jungle corridor that extends from Columbia to Panama. For those migrating overland from South America towards the United States, it’s considered the most dangerous part of the journey.

Between January and March 2021, an average of some 200 Cuban migrants came through the Darien Gap each month. During the next months, there were thousands following that route; by October, the quantity of migrants had reached a peak, with 3,108 Cubans crossing into Panama during that one month alone.

These same statistics reflect a drop in irregular crossings in November 2021. During that month, 1,639 Cubans traversed the Darien Gap, 46% fewer than in October. According to the independent Cuban-based website 14ymedio, one of the reasons for that decrease is that island residents are now opting to fly directly to Managua, no matter what the flight costs.

Information from 14ymedio indicates that Cubans who reside in Ecuador are selling their belongings to fly directly to Nicaragua and avoid the Darien Gap.

An article on thewebsite states: “Although the flow of migrants won’t stop for the moment, Cubans are considering new routes that don’t involve the jungle corridor. Roger, a Cuban who’s lived in Ecuador for seven years, is planning to fly from Quito to Managua in mid-January of 2022. With the establishment of the visa-free entry policy for citizens of Cuba, Nicaragua is becoming the new jumping-off point on the route towards the United States.”

One Cuban who spoke with the website stated that a ticket to Managua from Ecuador costs around US $480 dollars. “The young man has been gradually selling off his belongings in Ecuador, to be able to gather enough to make the journey and request asylum in the US,” the article reports. The man they spoke with also noted that there are hundreds of Cubans in the same situation.

There’s only one goal: to reach Nicaragua, in order to later cross through Honduras, Guatemala, Mexico, and finally reach the southern border of the US. Many Cubans are willing to pay whatever it costs. Media reports from that country claim that some have paid up to US $3,300 dollars for an airline ticket to Managua.

“Approximately 200 Cuban passengers were left waiting for a Air Century flight that was to take them from Santiago in Eastern Cuba to Managua, with a stopover in the Dominican Republic. This, after paying the scandalous sum of 3,300 dollars,” reported the media outlet Directorio Cubano. According to the article, the airplane these Cubans were to fly in had suffered mechanical troubles.

The large number of Cuban travelers has been confirmed by Nicaraguans returning home on flights that have layovers in Panama. One passenger consulted by La Prensa declared that on their flight originating in Panama, nearly all the passengers bound for Nicaragua were coming from Havana.

On November 22, the Ortega regime’s interior ministry announced the establishment of a “visa-free” policy for all Cuban citizens who wish to enter Nicaragua. The new program, they declared, was with the “goal of promoting trade exchange, tourism and humanitarian family relations.”

The Ministry’s pronouncement indicated that the decision had been made in view of the high volume of visa requests that Nicaragua’s Department of Immigration and Foreign Affairs had been receiving from Cuban citizens with relatives in Nicaragua. However, they didn’t offer any data on the actual number of requests filed.

In January 2019, the Ortega regime loosened the requirements for Cuban citizens wishing to travel to Nicaragua. They were included in the “migratory category B”, which allowed them to obtain a tourist visa good for a thirty-day stay in Managua.

Since that time, Nicaragua became a shopping destination for thousands of Cubans, who took advantage of the easy travel requirements to come to Managua and buy merchandise that was in short supply on the island.

According to official statistics, a total of 44,829 Cubans visited Nicaragua in 2019. This represented a huge increase, considering that during the two previous years no more than 2,000 Cubans had landed in Managua.