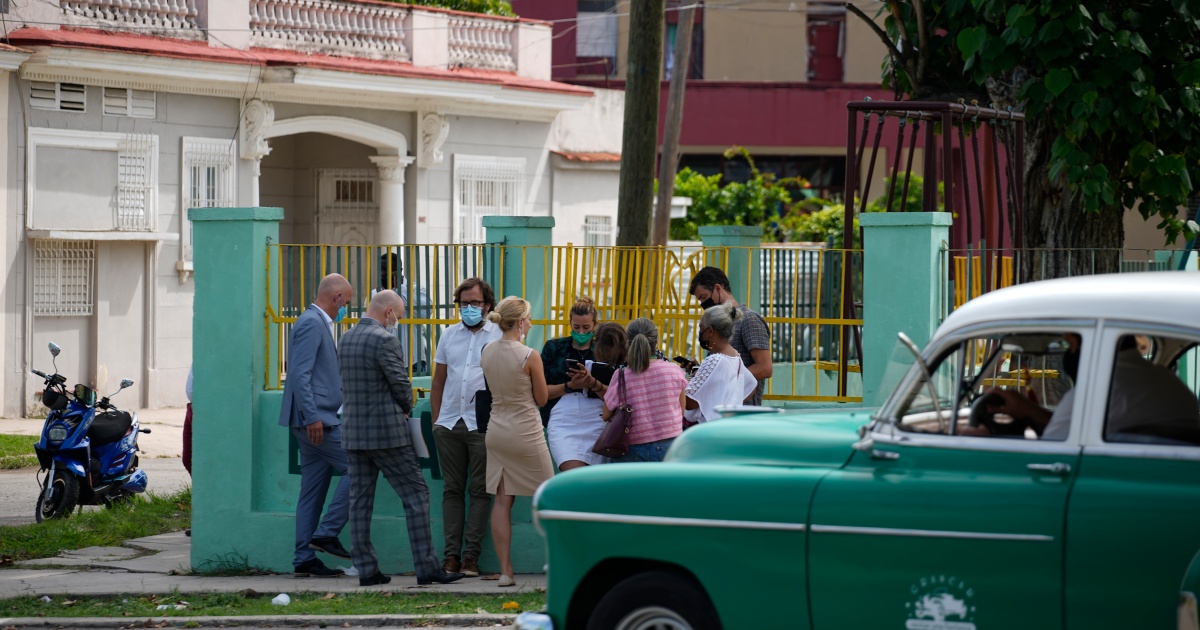 A Cuban court has sentenced two dissident artists to nine and five years in prison, the government announced, in a high-profile case that rights groups have slammed as a “sham” that violates free speech.

The activists, Luis Manuel Otero Alcantara and Maykel Castillo, are prominent members of the Havana-based San Isidro Movement, an artists collective that led a number of protests over two years. Many of the group have since left Cuba, alleging government repression.

Otero Alcantara was sentenced to five years in jail for defaming the national flag, contempt and public disorder, according to a statement from the Cuban Prosecutor’s Office on Friday.

Castillo was sentenced to nine years for similar crimes, as well as assault.

Both men, considered prisoners of conscience by international rights group Amnesty International, have already spent months behind bars, drawing widespread condemnation and calls for their release.

Juan Pappier, a senior Americas researcher with Human Rights Watch, said on Twitter that Friday’s ruling “is a sham that openly violates freedom of expression and association”.

“We demand the immediate and unconditional release of Maykel and Luis Manuel,” Pappier said.

Amnesty International’s Americas director Erika Guevara-Rosas also demanded the pair be released along with “all those imprisoned for exercising their rights to freedom of expression and defending rights in Cuba”.

The men’s trials “are a shameful example of the human rights crisis caused by the Cuban government’s decades-long policy of repression”, she said, saying Otero Alcantara and Castillo were “prisoners of conscience who are being held solely for exercising their rights”.

In a statement, PEN America also denounced the ruling, saying it deals “a blow to artistic freedom in Cuba” as well as to the Cuban artists and activists in the country and abroad “who have fought for the right to express themselves”.

“The Cuban government may seek to extinguish independent expression on the island, but they will not be successful,” said Julie Trebault, director of the artists at risk connection (ARC) at PEN America.

Both Otero Alcantara and Castillo appeared in the music video for “Patria y Vida”, a defiant hip-hop song that became the unofficial “anthem” for widespread anti-government protests that broke out in Cuba last July.

The foreign press, rights groups and diplomats were barred from attending the courtroom proceedings.

Cuban state media on Friday detailed some of the evidence laid out in the trials and displayed footage from the proceedings, calling the men’s actions “common crimes” and rejecting the view of rights groups.

“In no way are they political prisoners or prisoners of conscience,” the governing Communist Party’s newspaper Granma said in a story, citing prosecutors who tried the case. “They are not here because of their way of thinking; nor are they being charged with crimes against state security, but rather for going against social order.”

The two men have 10 days to appeal their sentences, state media said.