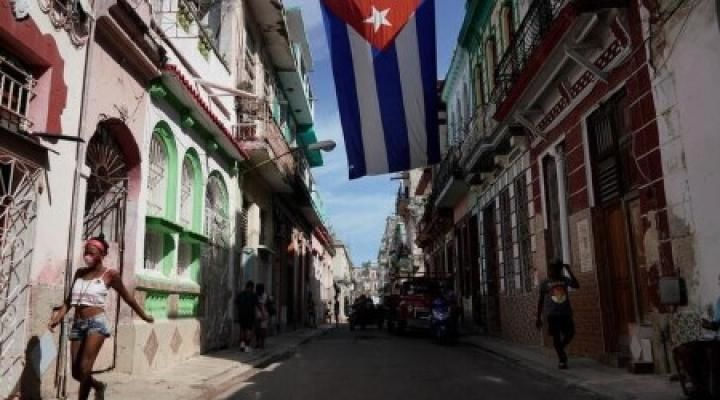 Cuban authorities said on Wednesday that neighboring countries had deported more than 1,200 migrants thus far in 2021, returning them to Havana in bilateral operations coordinated with the United States, Mexico, the Cayman Islands and the Bahamas.
The Caribbean island nation has suffered this year from both the effects of the coronavirus pandemic and tough U.S. sanctions, reducing its hard currency earnings over the past two years by around 40% and shrinking the economy 13%.

Illegal migration from Cuba, particularly through Mexico, has increased in 2021 over previous years, according to a report broadcast on Cuba's state-run TV.

The report said that "to date 1,255 undocumented Cubans have been returned in 60 bilateral operations." Of those, 856 were deported from the United States, 214 from Mexico, 184 from the Bahamas and one from the Cayman Islands.

On Tuesday, 61 Cuban migrants headed to the United States but intercepted at sea off the Bahamas were returned to Havana by plane.

That group included four women and 57 men, all of whom received medical attention and were tested for COVID-19 upon arrival in Havana, state-run media said.

"I am a single mother, I have two children and I do not work," said Adriana López Vera, a Holguín resident who was deported from the Bahamas on the flight. She told the news broadcast she had left "to seek a better future."

Cuba says it advocates for legal, orderly and safe migration, and has blamed the United States for the uptick in illegal migration, saying the country's policies, including the Cold War-era embargo, encourage Cubans to risk their lives to leave the island.

U.S. Secretary of the Department of Homeland Security Alejandro Mayorkas said in July following unprecedented protests in Cuba that Cubans leaving the island "will not come to the United States."

The number of Cubans arriving at the U.S.-Mexico border nonetheless hit its highest level in a decade between October 2020 and May 2021, according to U.S. immigration statistics.
#Coronavirus  #COVID-19  #Covid
Add Comment