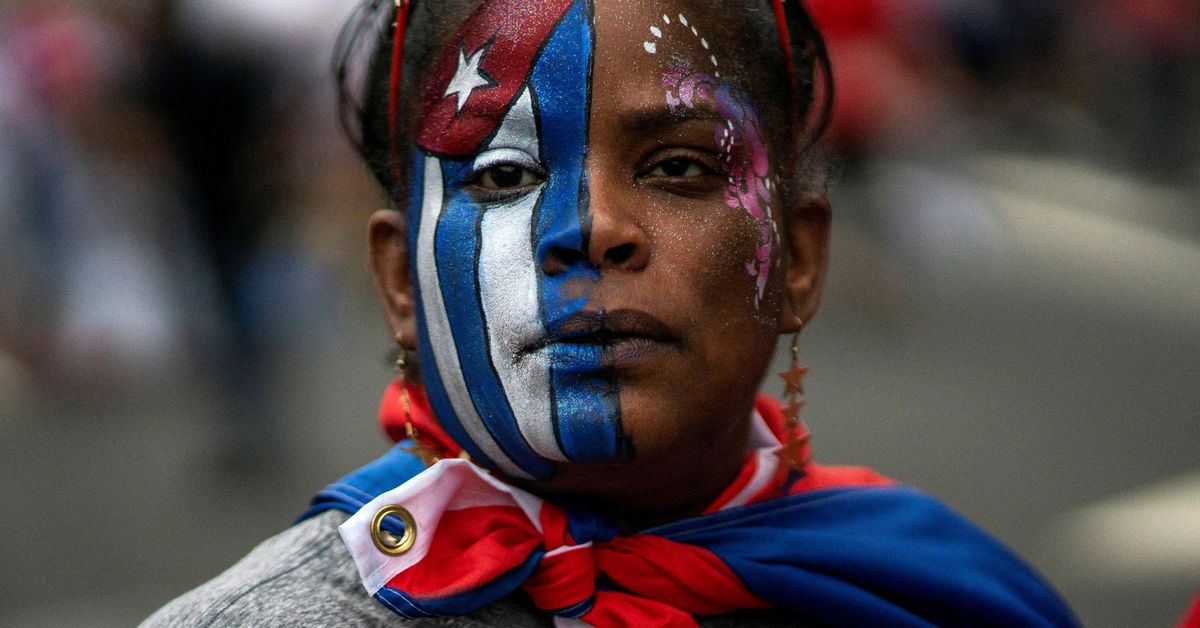 Cuba sanctions 381 protesters, including jail for 297

Cuba said on Monday it has sanctioned 381 people, including 16 young people between the ages of 16 and 18, who participated in last summer's protests, the Communist-run island's largest since Fidel Castro's 1959 revolution.
Widespread protests across July 11 and 12, 2021, saw thousands of Cubans took to the streets in towns and cities across the country. Many shouted "freedom" as they marched against food, medicine and power shortages amid a spike in coronavirus cases on the island.

Of the 381 people sanctioned, a total of 297 have been sentenced to between 5 and 25 years in prison for crimes of sedition, sabotage, robbery with force, and public disorder, according to the attorney general's office in a statement released to state media.

The prosecutor's office noted that 84 individuals, including 15 young people, were not given prison sentences. However, it warned that tougher sentences could be imposed for those who breached their sanctions or who engaged in new criminal offences. Cuba's age of criminal responsibility is 16 years.

"The Attorney General's Office continues to inform the public about the legal response to the events of July 11, 2021, which attacked the constitutional order and the stability of our socialist state," the statement said.

The Cuban government said in January that 790 people, including 55 under 18 years of age, had been charged for their participation in the protests, but some are still awaiting sentencing or are appealing the sanctions.

Human rights groups, the U.S. government and the European Union say the trials have lacked transparency and have repeatedly called for the release of those sentenced.

The Cuban government has previously accused the United States of financing and instigating the demonstrations.
#Coronavirus
Add Comment