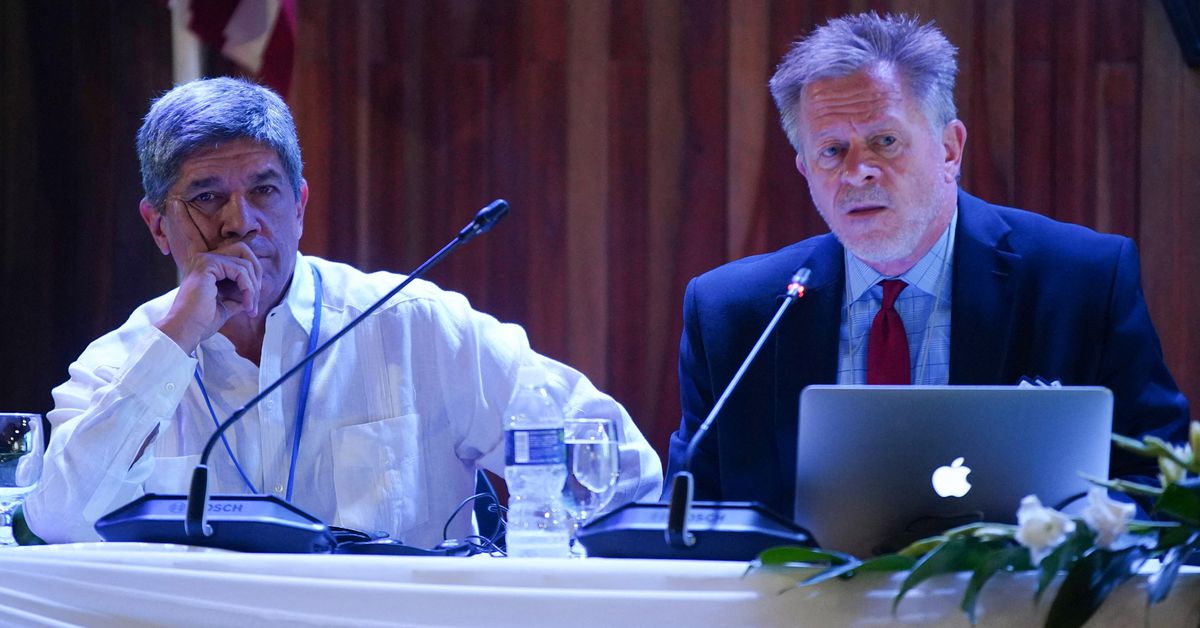 A few dozen U.S. entrepreneurs braved tough U.S. sanctions and Cuba’s worst economic crisis in decades to attend a conference in Havana on Wednesday focusing on the new private sector and aimed at boosting flagging engagement between the Cold War-era foes.
The Cuban Chamber of Commerce and Washington-based consultancy FocusCuba, which are hosting the gathering, said the three day event was the first such forum since at least 2018 when former U.S. President Donald Trump piled new sanctions on top of the decades-old trade embargo.

Both the Cuban and the U.S. delegations criticized the sanctions - most of which are still in place - and called on Democrat U.S. President Joseph Biden to drop his Republican predecessor's policies.

Cuban Chamber of Commerce President Antonio Luis Carricarte called the gathering in the famous Hotel Nacional an "historic day," praising the persistence of representatives in attendance from both side of the Straits of Florida.

During a brief thaw in relations under former President Barack Obama, hundreds of U.S. businesses arrived to explore opportunities on the all but forbidden Communist-run island nation.

Some, from cruise ship companies to Western Union Co (WU.N) and Starwood Hotels inked groundbreaking agreements, only to have new U.S. sanctions force them to renege. Others continue to do business.

The government has licensed Cubans to operate nearly 5,500 private small and medium sized businesses over the last year, in a first since Fidel Castro's 1959 Revolution, opening new possibilities for partnerships with foreign investors.

"Almost everything we do is with the new booming private sector," said Cuban-American Hugo , whose Miami-based Fuego Enterprises Inc (FUGI.PK) operates an online food market that processes 4,000 orders in Cuba per day.

"It is important American businesses see this for themselves," said Cancio, who was attending the conference.

“I think participants are seeking clarity in terms of what is possible with investment on the Cuban side in this new private sector, though any agreements must also be approved by U.S. regulators," said Phil Peters, founder of FocusCuba told Reuters. "We need more clarity there as well."

The White House did not immediately respond to a request for comment.

The Biden administration has loosened some restrictions on Cuba around remittances, tourism and migration. It has also expressed interest in supporting Cuba's private sector.
#Donald Trump
Add Comment