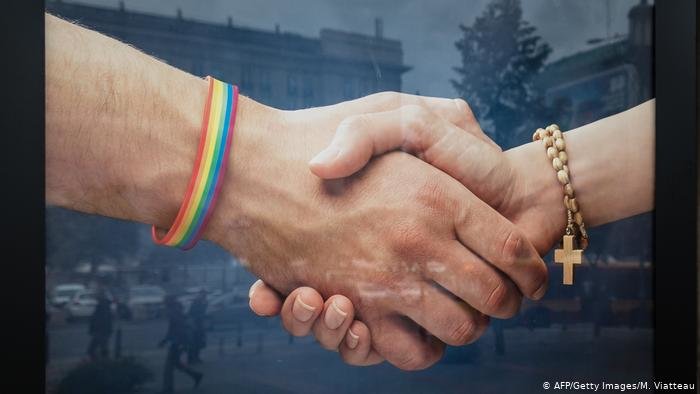 Being part of the LGBTQI+ community and a church congregation at the same time is not accepted everywhere, and particularly not in Cuba. But one church there is breaking new ground.

While most churches in Germany, the US and other Western countries now welcome gay, bisexual, transgender, queer and intersexual people, that is an exception in Cuba. And that exception is called Iglesia de la Comunidad Metropolitana, a Protestant free church.

"Once I went to a Reformed Church in which they kept talking about homosexuality as a sin," recounts Fernando Cepero Romero in the congregation's social media network. "But as a homosexual, I have never seen it that way. For me, it has always been about love."

He relates that he had heard about the free church from his friends and that he thanks God for it.

His statement forms part of the church's advertising campaign "Christ loves my colors." The congregation forms part of the Metropolitan Community Church (MCC), which was founded at the end of the 1960s in Los Angeles as somewhere for the gay and lesbian scene to find a spiritual refuge. At that time, people who did not correspond to the heterosexual norm were badly discriminated against even in California.

Now, almost all major Protestant communities of faith recognize same-sex partnerships in one way or another, granting them their blessing or placing them on a par with a heterosexual marriage. In Germany, homosexual couples can have their partnership blessed in almost all churches belonging to the national Protestant Church (EKD). In about half of the EKD's regional branches, homosexuals can marry in church just like heterosexuals. 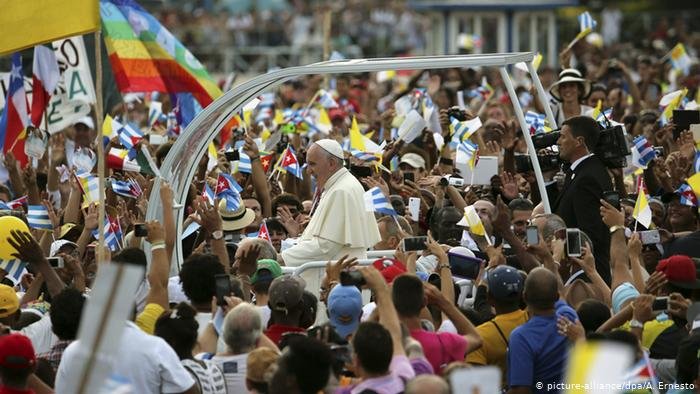 In Cuba, it is a different matter. For centuries, the religions followed by indigenous peoples and African slaves mixed with the Catholicism of the Spanish rulers. This occurred more strongly in Cuba than in most other countries in Latin America. Under the influence of the US, the role of Protestant churches also grew.

When Fidel Castro was in power, the practice of religion was initially banned. It was not until 1992 that the communist regime enshrined religious freedom in the constitution.

But even today, many believers feel they are being patronized. At the same time, the Catholic Church in Cuba is seen as an important bridge builder between Cuban civil society and the regime.

But the Vatican still views homosexuality as a sin, despite the presence of Pope Francis, who is seen as much more liberal than his predecessors. And other communities of faith in Cuba, too, are far less open to the LGBTQI+ community than elsewhere.

But even in Cuba, the MCC remains faithful to its worldwide credo of providing people with a spiritual home regardless of their sexual orientation or identity, as the chair of the Cuban MMCC branch, Yivi Cruz, told DW. "Our church is open to all people, but above all to those who have been excluded from or even hurt by other churches," she said.

According to the parent organization, there are MCC congregations in 37 countries on all the inhabited continents. In Cuba, there are three, with the first established in 2015. The only condition that members have to fulfil to be accepted into the congregation is baptism.

But at the MCC church, even people who are unbaptized can take part in Communion, the main sacrament of Protestant communities of faith. In Cuba, these are mostly adherents of African Cuban faiths like Santeria, a widespread religion that has roots in voodoo. "We are a radically inclusive church," says Cruz. "We don't exclude anyone — not because of their gender, not because of their skin color and not because of their religion, either." 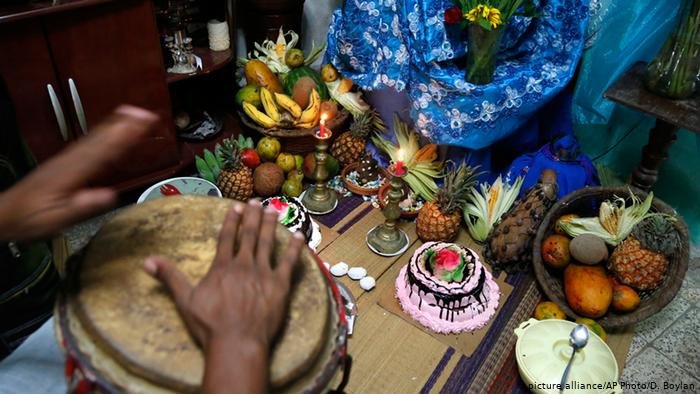 Going against the political tide

"I believe that the MCC is an example of respect and community spirit in society even beyond religious issues," said the Cuban journalist Eileen Sosin Martinez, who has written about the MCC in Cuba for the government-critical website openDemocracy. "It offers a space for resistance and hope by including all people" at a time when religious fundamentalism is experiencing a boom in Cuba, she told DW.

Martinez was alluding to the debate about same-sex marriage that is currently going on in Cuba. Before the reform of the constitution in 2019, the Cuban LGBTQI+ community had hoped that the Havana regime would make marriage for all a constitutional right. Various churches objected to the idea; the MCC supported it. In the end, the issue was not included in the constitution. Now the community hopes that same-sex marriage will be enshrined in the Family Code, which is to be amended in 2021.

Whatever decision is taken, the MCC will not let itself be restricted, says Yivi Cruz. "We celebrate weddings for all those who want them, because love must not be a privilege," the pastor says. The congregation also campaigns on other social and political issues, such as education on sexual health and environmental protection.

Cruz says the aim is to found more congregations in Cuba. "We want to be present wherever our liberating theology is needed," she said.