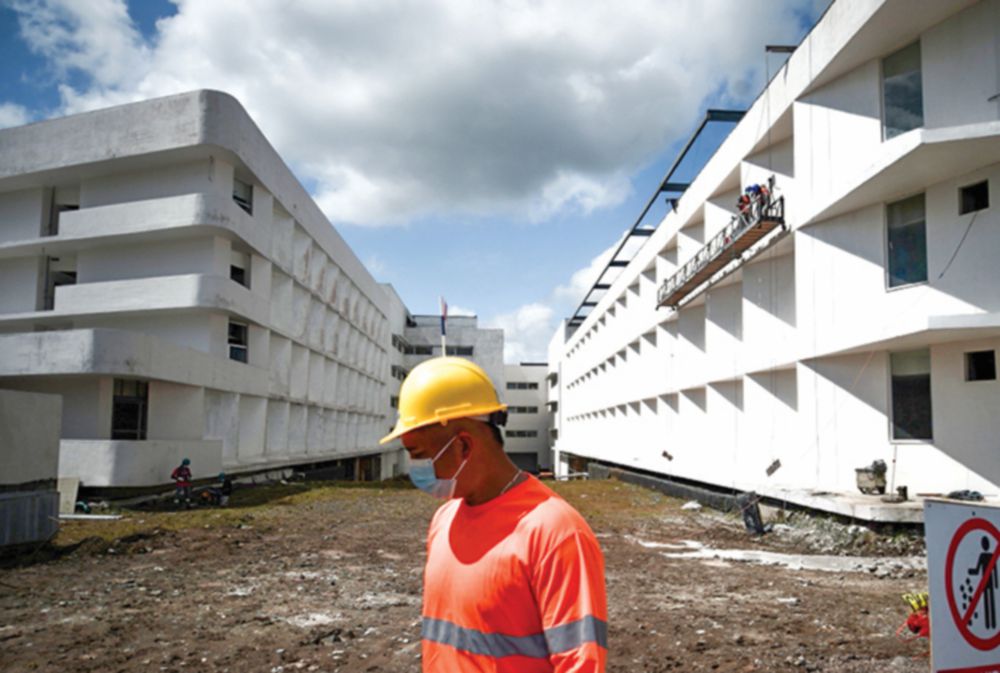 CSS will reactivate construction of the City of Health; 3 local companies commit to finish the work in 2024

The Cabinet Council authorized the afternoon of this Wednesday, July 21, the Social Security Fund (CSS) to sign with the Construcciones Hospitalarias consortium and the insurer Mapfre Panamá, SA "a transactional agreement" to reactivate the construction of the project known as the City of Health.

Mapfre Panamá SA, as guarantor of the contract that originated the project, proposed that the Panamanian consortium made up of Constructora Rigaservices, SA, Aprocosa (Administración de Proyectos de Construcción, SA) and CMG (Construction Management Group, SA will continue the execution of the contract .

According to a statement from the General Directorate of State Communication, these companies will have all the rights and obligations arising from the construction.

Later that decision was endorsed by the CSS "based on the technical capacity of the companies in hospital construction."

The Panamanian consortium obtained a financing of 500 million dollars, so it will be able to resume work in the month of November.

It will also execute a work schedule divided into four phases with a final delivery date in March 2024, according to the new approved provisions.

After the agreement, the company Fomento de Construcciones y Contratas "leaves the work and withdraws the arbitration agreement against Panama for differences over the contract before the International Chamber of Commerce", which amounted to 175 million dollars.

The project consists of a set of buildings originally designed to house 43 operating rooms, 1,235 beds and offices for various medical specialties.

What is the City of Health?

The Hospital City of Panama or City of Health is located in the western area of ​​Panama City, the Chivo Chivo sector, former Clayton Antenna field, land that was donated free of charge by the National Government, and will occupy an area of ​​31, 9 hectares.

The project consists of the design, urban development, environmental impact, construction, financing and equipping of the facilities of the Hospital City of Panama.

The sanitary facilities will have a constructed area of ​​219,000 square meters and will have 43 operating rooms, more than 284 consultations and 1,235 beds.

The City is made up of a set of buildings that will house specialties in pediatrics, cardiology, internal medicine, maternal and child consultations, surgical facilities, outpatient clinics, a day hospital, several specialized rehabilitation institutes and a hospital residence.
Add Comment