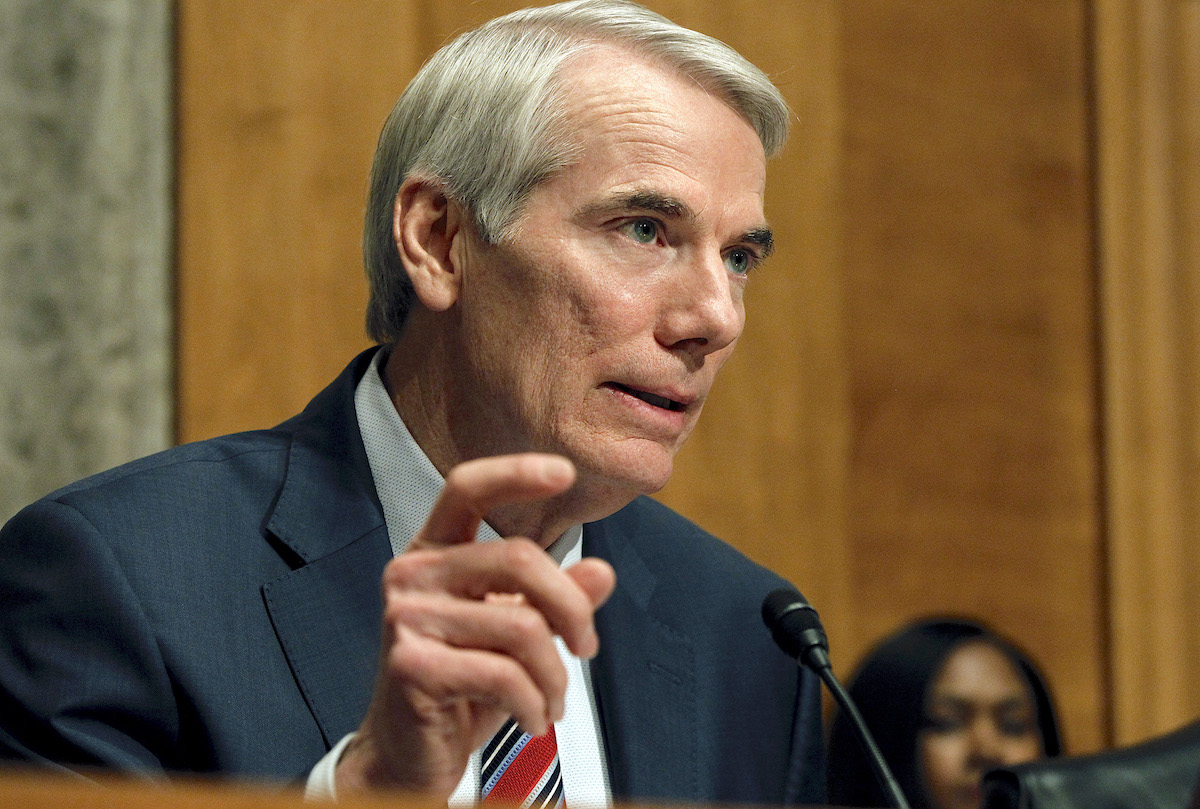 A Senate proposal to ramp up IRS surveillance over cryptocurrency transactions has the industry and investors questioning the plan’s viability and its promise of generating $28 billion in tax revenue.

Cryptocurrency exchanges, investors and their advisers were caught off guard Wednesday when a bipartisan Senate infrastructure agreement was released that included a large-scale increase in the requirements for crypto brokers and investors to report their transactions to the Internal Revenue Service. The reason for the last-minute inclusion: the proposal would raise a chunk of money to help fund the $550 billion of investment into transportation and utility upgrades.

The proposal — which updates rules requiring brokers to report cryptocurrency transactions and for businesses investing in crypto to disclose trades of more than $10,000 — was the result of a compromise between the White House and Senator Rob Portman, a lead Republican negotiator. The provision includes portions of a Portman measure, according to a person familiar with the matter. The White House has also proposed similar ideas in recent months.

“Instead of rushing through an untested provision with vast unintended consequences, we encourage Congress to work with industry to find language that works for all stakeholders,” said Kristin Smith, who heads the Blockchain Association, a Washington-based trade group.

The plan addresses a key challenge for the federal government: keeping up with the explosion of cryptocurrencies, both in quantity and in value, which allow holders to circumvent the traditional banking system and remain largely anonymous. The market’s value surpassed $2 trillion this year.

IRS Commissioner Chuck Rettig has said tax evasion from virtual currency is a key contributor to the growing tax gap, the difference between what’s owed and what the agency actually collects. Cryptocurrency use has also been tied to illegal activity, including drug trafficking and money laundering.

Cryptocurrencies have evolved much more quickly than the government has been able to pass laws to regulate it, making a rare shared concern for both Republicans and Democrats, who largely disagree on tax issues.

That made additional tax enforcement in the area mutually agreeable, even after lawmakers decided to cut an earlier proposal in the infrastructure plan for a broader expansion of IRS audits. Republicans deemed that idea too expansive.

At the same time, cryptocurrency investors have been frustrated for years with a lack of rules from the federal government about how to report their holdings for tax purposes. Instead of more clarity in how to follow the rules they’ve faced an uptick in audits and enforcement activity.

“Everybody’s been talking about the appropriate way to provide more reporting in particular and that leads to better compliance,” Portman told reporters Wednesday after the deal was announced.

The cryptocurrency industry, however, raised questions about whether the $28 billion revenue estimate — from Congress’s official tax scorekeeper, the Joint Committee on Taxation — was accurate.