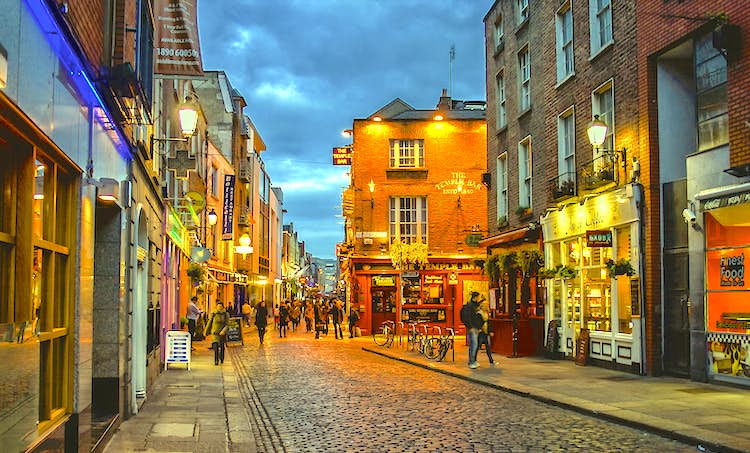 Republic of Ireland has become a new favorite destination for fintech businesses that need unimpeded access to the common European market. Crypto companies have been opening offices in the EU member state and well-known players are now looking to hire local talent.

Kraken crypto exchange has picked Ireland as its European base, according to Irish Daily Independent. Kraken which is a major provider of crypto trading services in the United States is now forming a team in Dublin to support its European operations, the newspaper reported on Sunday.

Kraken has around 2,000 employees globally. Three ads for open positions in the exchange have been published on Glassdoor in the past month or so – for software project manager, compliance risk officer, and senior site reliability engineer. The exchange was also looking for an Operational Resiliency Specialist on Linkedin. All of them are based in Dublin.

Another well-known US crypto exchange, Gemini, is building up a base in Dublin, the Independent wrote earlier in July. The crypto exchange led by Winklewoss twins, has applied for an electronic money license from the Central Bank of Ireland which it hopes to use to access other EU markets. The crypto platform obtained regulatory approval in UK last year.

To facilitate its European expansion plan, Gemini has already hired Gillian Lynch to manage its Europe operations from Ireland. The executive has previously served as a chief operating officer of Leveris, a fintech firm, and as head of retail planning at Bank of Ireland, where she worked for over a decade.

The crypto exchange has also filled a number of other vacancies in the Ireland, such as, a head of finance and a head of risk and compliance. Gemini is now recruiting accounting managers and traders as well. People who will be appointed to these positions will be expected to handle orders on behalf of its customers.

Other financial institutions with plans to get involved in the market have been choosing Ireland as a destination for their digital asset business. US banking giant BNY Mellon established a ‘Digital Innovation Hub’ in Dublin in May. The unit will operate as a crypto asset custodian holding and transferring digital currencies for its clients.

Last month, the Irish press reported that Goldman Sachs-backed fintech firm Blockdaemon plans to expand its presence in Galway as it looks for acquisitions. The company which develops blockchain technology for financial service providers opened an office in the western Irish city some three years ago and has since started hiring talent for remote positions across Ireland. It currently has ten employees, seven of which are based in Galway with the rest residing in other parts of the country.

The latest findings from the Cambridge Bitcoin Electricity Consumption Index also note that 2.27% of Bitcoin’s hashrate is situated in Ireland.