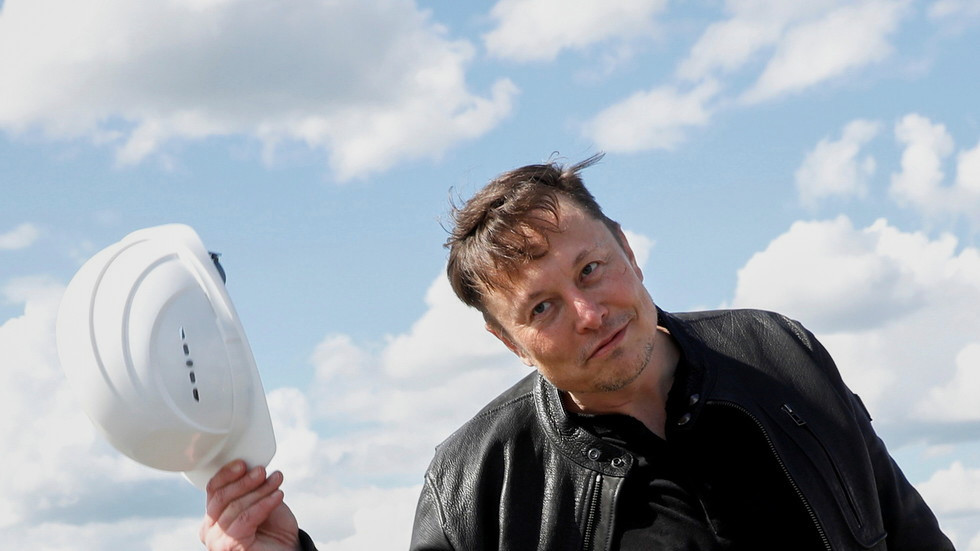 Crypto bites back? Elon Musk slips to No. 3 in world’s richest ranking after sending bitcoin nosediving

Tesla founder Elon Musk has been pushed down to third place in world’s richest ranking after shares in the carmaker tumbled. The plunge came after the billionaire sent the bitcoin market into panic with a single tweet.
Musk, who as recently as March climbed to the coveted top spot in the Bloomberg Billionaires Index before being edged out by Amazon’s Jeff Bezos, lost his runner-up position to Bernard Arnaut, chairman of world’s largest luxury goods conglomerate LVMH on Monday, the Bloomberg reported.

While Tesla shares are noted for taking a deep plunge on Mondays only to recover some of their value closer to the end of the week, it may well be that Musk’s bitcoin-themed Twitter posts finally caught up with him.

As recently as Sunday, Musk threw the world’s largest crypto into freefall after investors interpreted his single-word tweet as an indication that he might have sold or considered selling Tesla’s cryptocurrency stock. Musk tweeted “indeed” in response to a user who said that “bitcoiners are going to slap themselves next quarter when they find out Tesla dumped the rest of their #bitcoin holdings,” and that “with the amount of hate @elonmusk is getting, I wouldn’t blame him.”

The tweet sent ripples across the cryptocurrency world, with bitcoin careening to as low as $42,441 at one point in its biggest drop in three months.

While it regained some strength after Musk took to Twitter to clarify that Tesla had not sold any bitcoin, it didn’t quite bounce back and is trading at about $45,000 as of Monday evening.

Last week, Musk, who has been a proponent of cryptocurrencies, dealt another serious blow to the world’s leading crypto by announcing that Tesla would no longer accept payment for its vehicles in bitcoin, citing environmental concerns related to the use of fossil fuels in its mining. In February, Musk announced that the carmaker had bought $1.5 billion worth of bitcoin, sending the price of the token soaring.
#Elon Musk  #Tesla
Add Comment