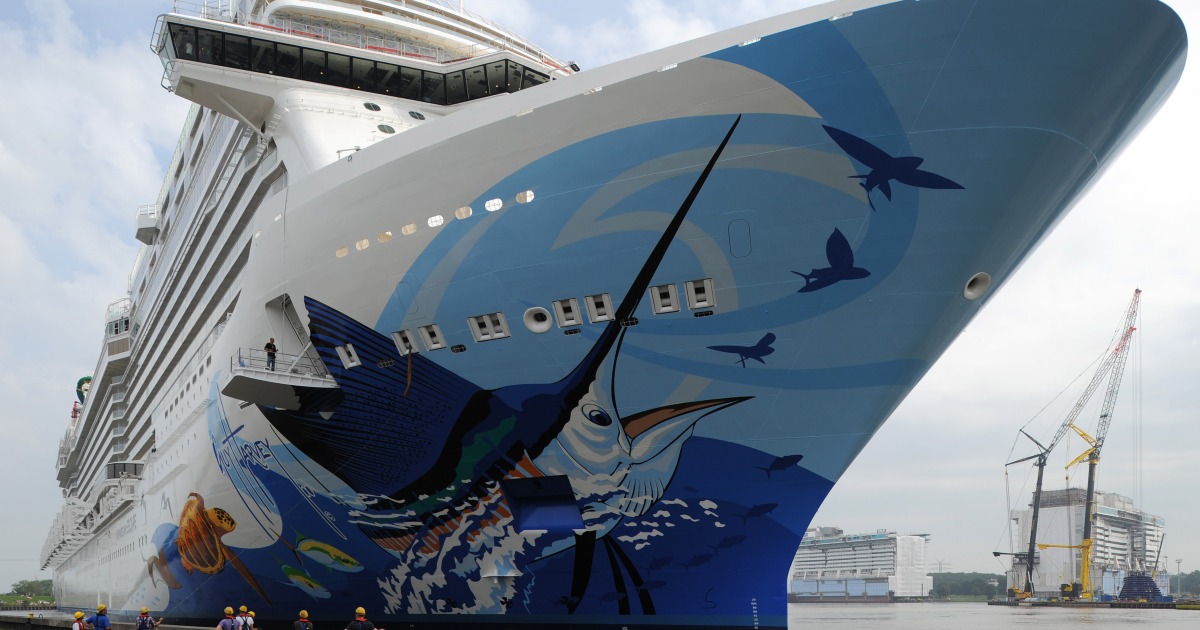 Cruise ship with thousands on board runs aground in Caribbean

Officials hope Norwegian Escape, stranded off the north coast of the Dominican Republic, can be refloated at high tide.

Officials in the Dominican Republic have confirmed that a large cruise ship had run aground off the Caribbean island nation’s north coast shortly after leaving the port of Puerto Plata.

According to local media, the ship is the Norwegian Escape, with some 3,000 tourists and 1,600 crew on board.

“For the moment, there is no risk for passengers or crew members,” Vice Admiral Ramon Gustavo Betances Hernandez told the media on Monday, adding that the ship had run aground due to “strong 30 knot winds.”

“The tide in this area rises about 1 metre (3 feet) at four in the morning (08:00 GMT). We think that with the high tide, we can get the boat out of its current position,” the vice-admiral said, noting that tugs had already been working in vain to free the vessel.

He said that additional tugs would soon be arriving to help in the effort.

Passengers posted pictures of the incident on social media, showing tug boats alongside the ship. There were no reports of damage.

According to the US-based Norwegian Cruise Line’s website, the Norwegian Escape is nearly 326 metres long (1,070 feet) and weighs 165,000 tonnes.

The ship, one of NCL’s biggest, was built in Germany and delivered in 2015.