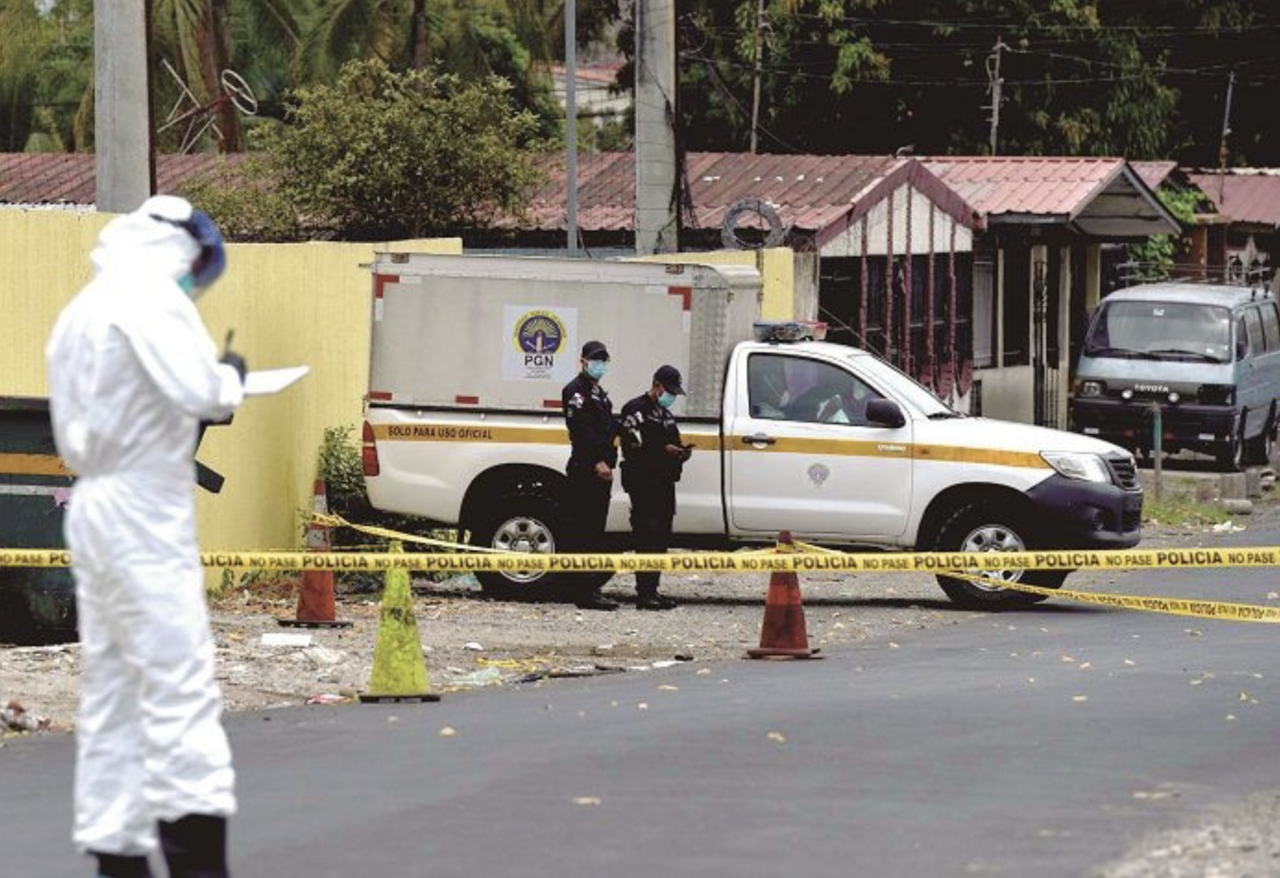 Crime is not confined despite quarantine and curfew measures

Crime is not confined. Despite the mobility restrictions applied as a result of the pandemic in recent months, crimes such as homicides, femicides, robberies and of a sexual nature continue to occur, even some in greater numbers than last year.
For example, the statistics of the Public Ministry from January 1 to May 31, 2020 show that there are 242 homicides, 38% more cases than for the same period of 2019 when 175 cases were reported.

Most of these violent acts have occurred in Colón where there were 40 homicides, as well as in Panamá Oeste with 55 and the San Miguelito district in the province of Panamá where 26 cases were registered. In the interior of the country, Chiriquí has ​​the highest number of homicides with 11 until the month of May.

The statistical report also indicates that 16 femicides have occurred in the country, 45% more than in 2019 when there were only 11. Five of those cases were committed in the Ngäbe Bugle region, four in the province of Panama, four in Panama West, two in Chiriquí and one in Coclé.

Regarding crimes against integrity and sexual freedom, until May 2020 the authorities registered 1,924 cases, which means a drop compared to the 2,636 in 2019. However, when analyzing the specific type of crime there are lines such as that of child pornography where there was an increase of 86% if measured with the same period in 2019.

Finally, the most recent number of crimes against economic assets ranging from April 1 to 30, 2020, and which includes robbery and theft, account for 573 cases reported in the First Judicial District, which includes the most populated provinces of Panama, Panamá Oeste, Colón, Darién and the San Miguelito district. This represents about 19 crimes of this type per day on average.

For sociologist Danilo Toro, criminal activity since before Covid-19 had already been registering a certain increase and now they took advantage of the state of emergency. “The criminal world has never entered and will not enter quarantine or confinement. On the contrary, they see it as an opportunity ”, he explained.

According to the specialist, security entities must now ensure the administration of a national emergency and criminal activity, so that now more than ever the State has to work in coordination.

"The economic situation has an effect on the criminal world and the State must take its precautions with great coordination because this is not only a police problem, since it involves many more entities," he concluded.

Faced with this increase in homicides and other crimes, the Minister of Public Security, Juan Pino, has stated that we are not "going to be soft" on crime. In fact, during the last weeks both Pino and authorities of the Public Ministry have been meeting to adopt actions such as 33 raids in Colón. Actions have also been carried out in Panama, Panama West and San Miguelito.

The last meeting between Pino and the attorney, Eduardo Ulloa was held this Monday, June 15, to discuss, among other issues, these strategies.

Another of the Government's bets on this issue is the project of the 911 National Emergency System, which involves the implementation of a surveillance system through which some 435 smart cameras will be installed in the communities and main avenues of the province of Colon.

Omar Smith, director of the 911 National Emergency System, said that the Colón Regional Operations Center through cameras has allowed several arrests to be made.

According to Smith, cameras help to get to the scene faster and allow facial and badge recognition, which are components that support police actions in the province of Colón. This project indicates that it could be extended in the future to Panama City.
#COVID-19  #Covid
Add Comment